Who Has More Champions League Trophies Between Messi And Ronaldo?

By Baffajomuhammad (self media writer) | 2 years ago

Lionel Messi and Cristiano Ronaldo have a staggering nine Champions League trophies between them.

The legendary duo could well add to their tally this season, as the Champions League looks set to resume next month. 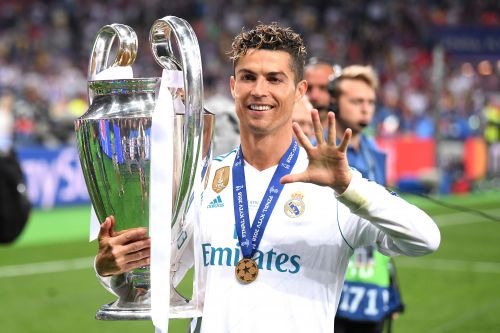 Since making their debuts in the early 2000s, the pair have dominated world football and cemented their status as all-time greats. Ronaldo's career path is an intriguing one, as the Portuguese star has represented clubs in four different countries.

Having burst onto the scene at Sporting Lisbon, Ronaldo moved to Manchester United in 2003, where he would win the first of his five Champions League trophies and a Ballon d'Or.

In the summer of 2009, Real Madrid submitted a world record bid for Ronaldo and eventually signed the player.

After getting his hands on the prize with Real Madrid for the first time in 2014, Ronaldo won the competition three seasons in a row between 2016 and 2018.

In the summer of 2018, he secured an unexpected move to Juventus, where he has continued to bang in the goals. 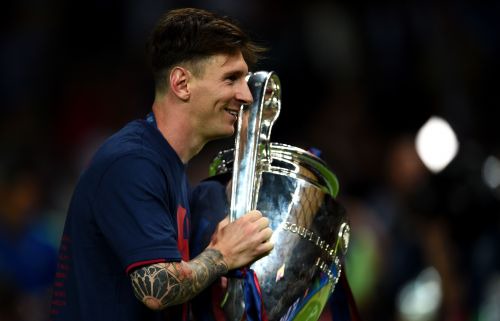 Messi, on the other hand, has been a one-club man. Having made his Barcelona debut in 2004, the Argentine has broken several long-standing records and currently leads the all-time La Liga charts for goals and assists.

Having won the Champions League in 2006 as a bit-part player, Messi emerged victorious in the competition twice under Pep Guardiola, as he played a pivotal role in their continental success. In 2009 as well as 2011, Barcelona beat Manchester United in the final to win the Champions League, as Messi scored important goals in both games.

Subsequently, he got his hands on the trophy once again in 2015. Luis Enrique's Barcelona side completed a historic treble that season, as Barcelona beat Juventus in the final to win the Champions League for the fifth time in the club's history.

Messi, however, didn't score in the final in 2015 but he was one of the key players for Barcelona that year. Since then, the Champions League has eluded the Argentine and Barcelona, as they have consistently failed to produce the goods on the grandest stage.

Having entered the twilight years of their careers, Messi and Ronaldo have shown no signs of slowing down. While Ronaldo has one more Champions League trophy than Messi, the Argentine pips his arch-rivals in terms of Ballon d'Or awards.

Messi and Ronaldo will look to progress as far as possible in the Champions League this season, as they look to take advantage of the new tournament format and win the competition.

Content created and supplied by: Baffajomuhammad (via Opera News )