By ReportMinds (self meida writer) | 27 days

Tottenham played a 2-2 draw against Everton at the Goodison Park on Friday night with Harry Kane scoring twice before he walked off injured. 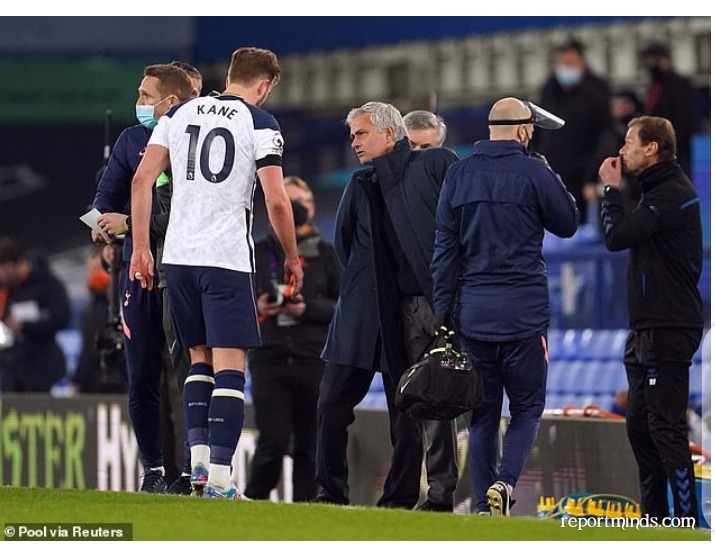 The English international had scored with a volley before Sigurdsson equalised from the penalty spot.

Everton went ahead with the lead in the second half only to allow Kane grab his second six minutes later.

It now appears that Tottenham fans will be worried as their talisman, Harry Kane faces race to be fit for their Carabao Cup final.

Kane hobbled off in the 90th minute after Richarlison landed on his right leg following a coming together.

It's been suggested that it might be an ankle injury, but the manager Jose Mourinho was not able to give details about the injury suffered by Kan 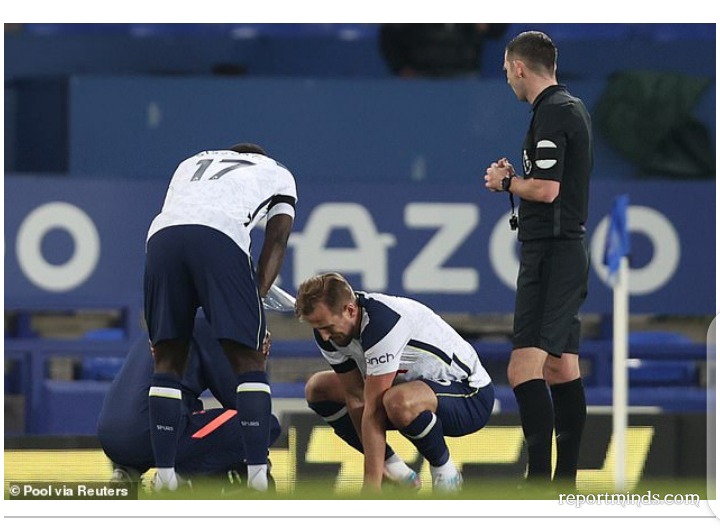 Speaking after the game, Mourinho said: ''It is too early to say something. For him to leave the pitch with a few minutes to go is obviously because he felt something. Let me be optimistic and believe that he has time to recover. Let's see.

"Let me be optimistic and believe it's nothing serious. It's obvious he's a very important player for us. I cannot say much or speculate.''

Tottenham will play Manchester City in the final of the Carabao cup a Wembley next weekend. This seems to be be the only trophy available for Tottenham if they want to break their trophy drought.

Jose Mourinho went ahead to praise Harry Kane who is currently leading the Premier League scorers chat. Kane is leading the race to win the Golden boot award at the end of the season.

Mourinho added: '‘Both [Kane's goals] were from crosses but it was great finishing. It's the kind of player that when you see the first touch and the control, we are used to seeing it in training and we know it is fantastic finishing. Two beautiful goals but not a surprise for the ones who see him do it every day in training.’'