Barcelona will be looking forward to continue their impressive run of form in Laliga as they face Sevilla at Estadio Ramon on Saturday afternoon for the second leg match. 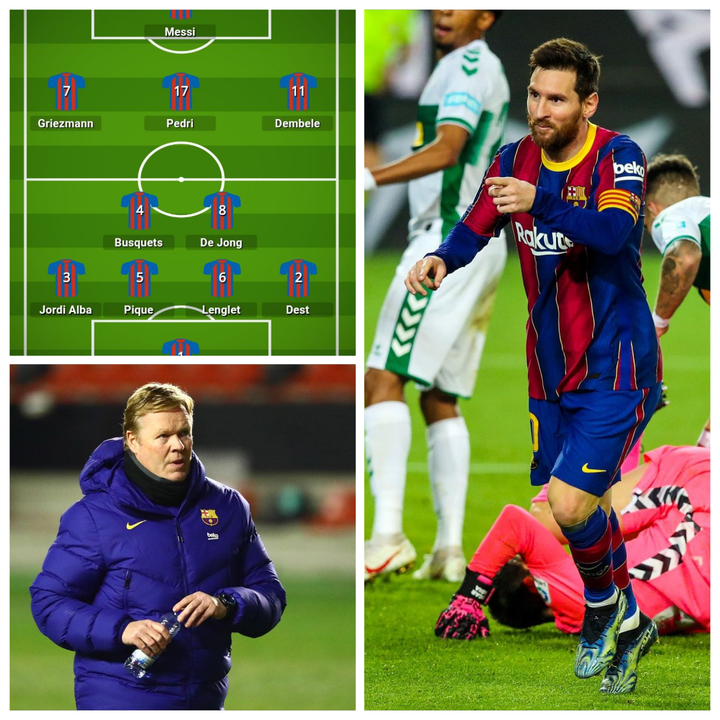 The improvement on Ronald Koeman's side will see them enter into this weekend contest after a 3-0 win over Elche on Wednesday with Lionel messi scoring two goals and becoming the highest goal scorer in Laliga this season, topping Luis Suarez with just a goal. Barcelona are now unbeaten in their Spain's top flight game since the start of December. 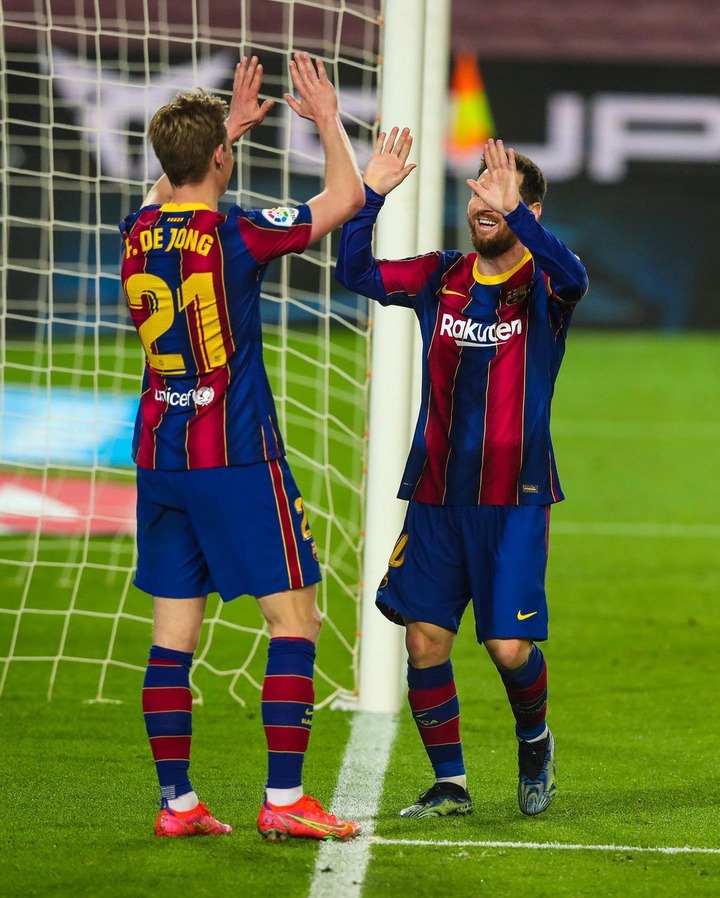 A total of 50 points from 24 matches has made Barcelona to be left in the third spot in the table and just 5 points behind the leaders Atletico Madrid, with Diego simeone's side having a game at hand.

Barcelona as a team be looking forward to ease past Sevilla to be in the second place. Here is the lineups Ronald Koeman is planning to use to defeat Sevilla. 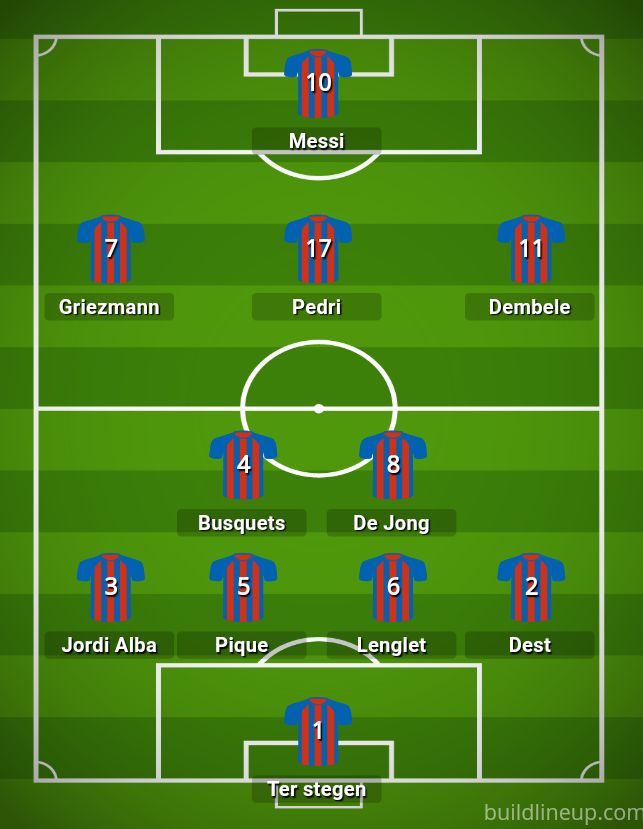 Sergio Roberto, Ansu Fati, Phillipe Coutinho, will not be available for the match as they are suffering from injury, while Araujo is in doubts whether he will be playing or not, despite his improvement. 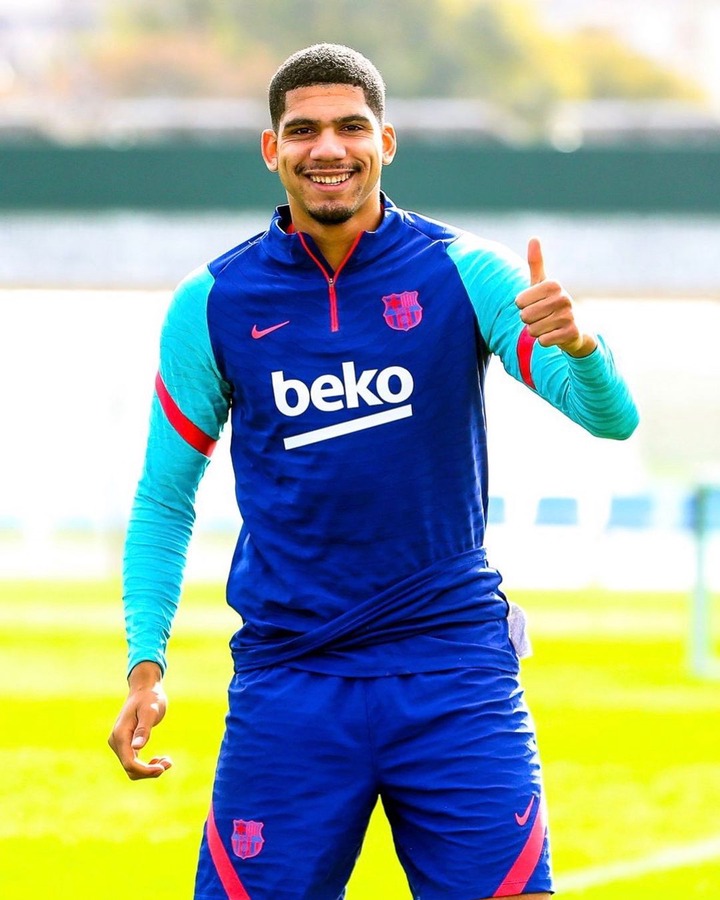 Koeman made some few changes in the lineup against Elche in Wednesday with the likes of Samuel Umtiti, Oscar Mingueza, Trincao, Miralem Pjanic and Martin Braithwaite were handed a spot in the starting XI. 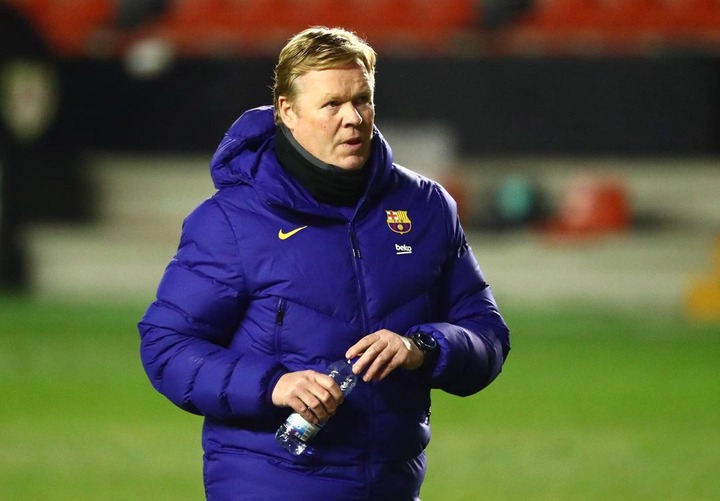 Antoine Griezmann and Ousman Dembele are expecting to come back to the attacking position alongside with Lionel Messi, Pedri also expected to start alongside Sergio Busquets and Frankie De Jong in the midfield position.

Clement Lenglet, Sergino Dest and Gerrard Pique are also expected to be back at the defense line. Marc Ter Stegen and Jordi Alba are likely to retain their position.

Pictures Of Messi, Pedri, Griezmann & Other Barca Players Training Ahead Of Getafe Clash On Thursday