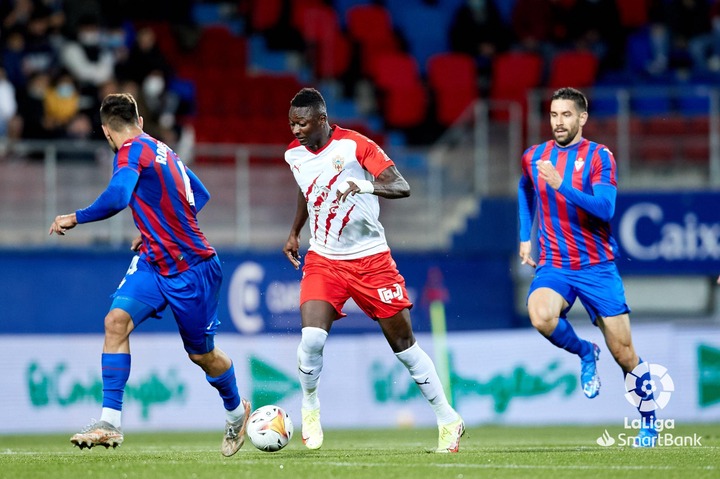 Super Eagles of Nigeria striker Sadiq Umar was the hero for Almeria football club on Thursday evening, as he netted a goal and an assist to guide them to a 3-1 victory. The former AS Roma football club star has been superb since moving to Spain in the last summer transfer window, and he has been scoring goals for fun ever since then.

Almeria football club signed Sadiq Umar from Serbian League giants Partizan Belgrade FC for the region of £6 million, and he was able to score 23 goals in all competitions in his debut season.

Sadiq Umar has also been doing pretty well for the club since the beginning of the season, and he has scored 7 League goals, and he is currently his League's highest goal scorer. The former Glasgow Rangers football club star started his goal scoring form this season against Cartagena FC, he netted another goal against Malaga FC, followed by a brace against Alcorcon FC, he then scored a goal each against Tenerife and Girona football club before scoring his 7th goal of the season against Real Sociedad FC.

The Nigerian international is not only scoring goals for Almeria football club, as he has been able to provide four assists in the League this season. The Nigerian international led his team's attack alongside Jose Carlos Lazo and the duo were outstanding in the game.

Goals from Sadiq Umar, Jose Carlos Lazo and Alejandro Pozo were enough to give the host a convincing victory, despite the fact that Jon Magunazelaia Agoitia netted a goal for the away team. 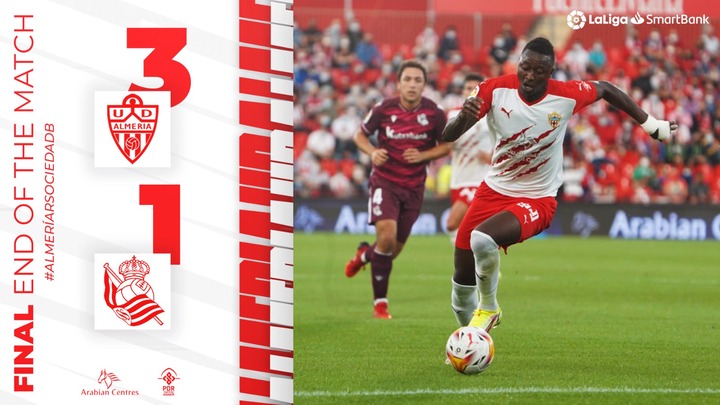 With Sadiq Umar's goal, it means he has scored 7 goals in the Spanish Laliga SmartBank League with four assists, and he is currently the League's highest goal scorer.

The Nigerian international will now be looking forward to continuing his impressive goal scoring form when they play their next League game on Sunday.