Donny van de Beek has been told by Gary Neville to leave Manchester United as soon as possible because he has not been given a chance in his 18 months at the club. 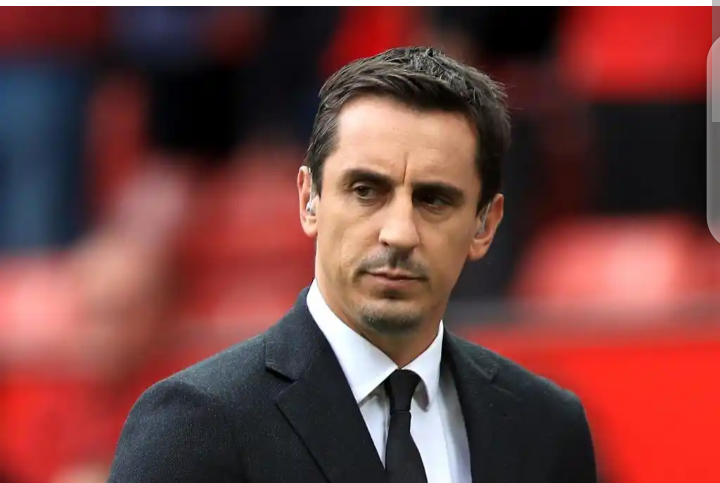 Gary believes that the Dutch International needs to play elsewhere in order to resurrect his career.

He made the remarks following Manchester United's 4-2 loss to Leicester City in the Premier League.

The Dutch midfielder was an unused substitute in Manchester United's weekend loss to Leicester.

Despite their struggles at the King Power Stadium, he has yet to start a Premier League match this season, remaining an unused substitute in Saturday's 4-2 defeat to Leicester City.

The Norwegian coach has used seven different midfield combinations so far this season, but van de Beek has only played 130 minutes in total across all competitions, and Gary believes the time has come for him to move on.

The Dutchman has already visited Juventus ahead of the January transfer window, but given United's underwhelming start to the season, there are growing calls for van De Beek to be given a chance in the Premier League.

The Foxes romped to a 4-2 victory at the King Power Stadium, leaving United dejected at the final whistle.

In an unsurprising turn of events, the Dutchman was once again benched and did not take the field on Saturday afternoon.

He struggled for minutes last season and is finding it even more difficult to get on the field this season due to the addition of Lingard.

The Norwegian coach has made it clear that van De beek is not in his first-team plans, though more questions are being raised with each passing game as he continues to overlook him.

The defeat to Leicester extended Manchester's winless streak to three games, with Liverpool, Tottenham Hotspur, and Manchester City the next three opponents in the league.