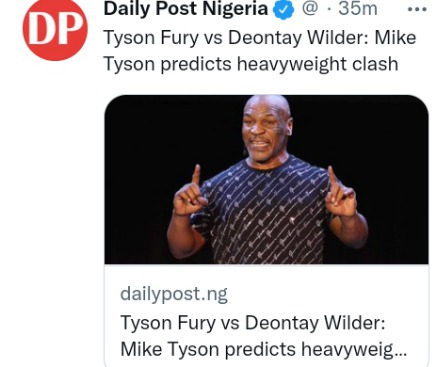 Tyson told BBN: “You know, Deontay Wilder has nothing to be sad about or nothing to complain about, he’s fought great fights. I just think Tyson Fury has his number.

“Deontay Wilder should go all out for five or six rounds. If you catch him, you catch him. Go all out, win or lose.” 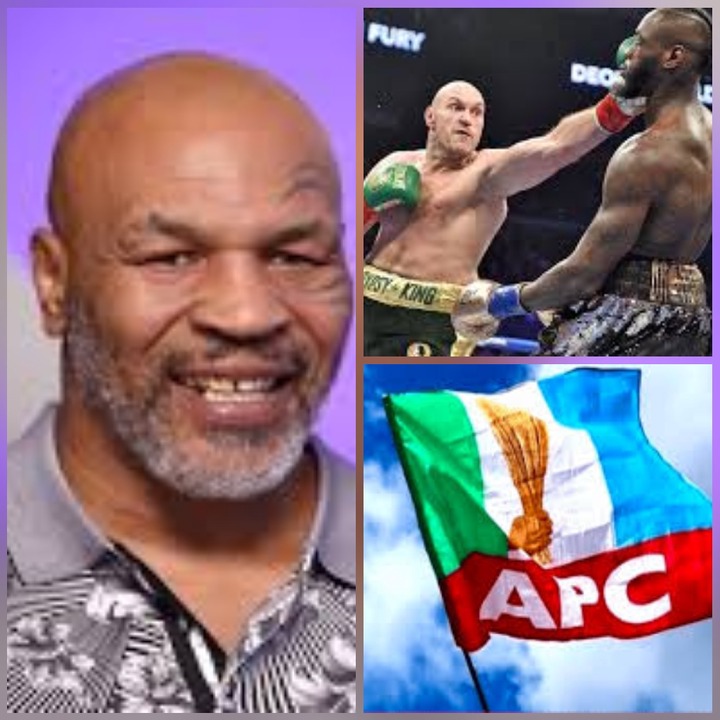 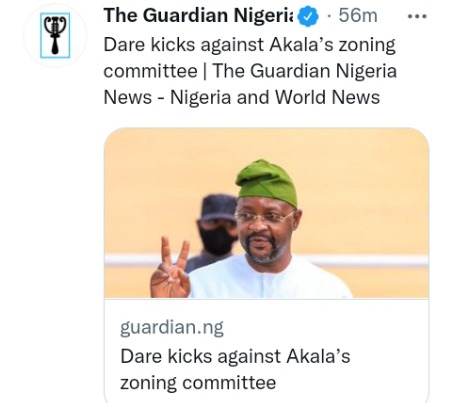 As the Oyo State chapter of the All Progressives Congress (APC) plans to hold a stakeholders meeting on Monday to discuss zoning for its congress coming up next Saturday, Minister for Youths and Sports Development, Mr. Sunday Dare, has said any arrangement outside the proposed meeting would be rejected.

In a chat with The Guardian, yesterday, Dare distanced himself from a zoning committee reportedly ratified by the Elders Advisory Council that was put in place by former governor, Adebayo Alao-Akala, ahead of the October 16 congress. 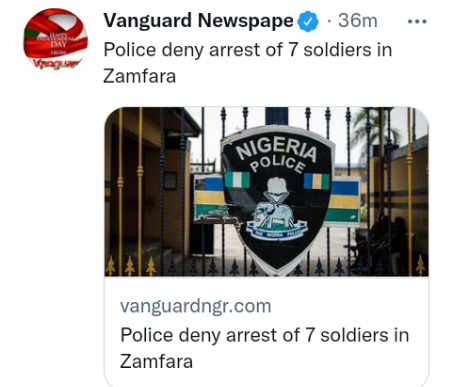 The Police Command in Zamfara has debunked a report trending on social media that it arrested seven soldiers involved in banditry in the state.

The refutal is contained in a statement by the Public Relations Officer of the command, SP Muhammad Shehu, on Saturday in Gusau.

“The attention of Zamfara police command has been drawn to a fake news trending on social media platforms with regards to the arrest of seven serving soldiers of the Nigerian Army for being involved in banditry in the state. 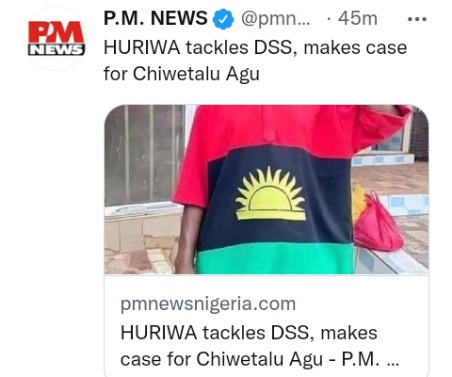 The group said the arrest was of Agu for wearing Biafra regalia was a demonstration of pure ethnic profiling because a controversial Islamic cleric, Ahmad Gumi, roams freely with bloodthirsty bandits and has never been arrested.

The statement signed by HURIWA National Coordinator, Emmanuel Onwubiko, added, “We demand the immediate release of Mr Chinwetalu Agu by the DSS or they charge him to court so the world will see how low the country Nigeria has degenerated in the practice of apartheid policies by the current administration that releases and reintegrate Boko Haram Islamic terrorists.”

BBNaija: Ebuka reveals housemates that could have won instead of White money 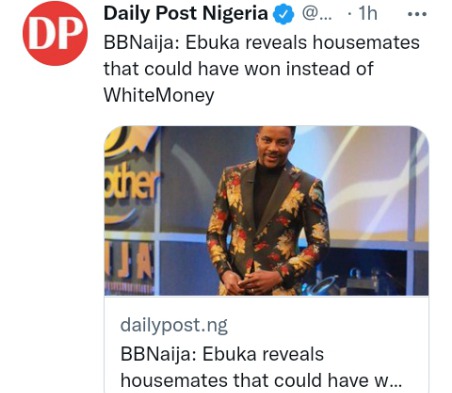 Big Brother Naija host, Ebuka Obi-Uchendu, has named some of the housemates on the ‘Shine Ya Eye’ edition that would have won if WhiteMoney didn’t land the grand prize.

However, in a chat with the BBNaija official channel, Ebuka was asked which other contestants stood a chance.

“There were a lot of strong people this season. Liquorose was very strong right from the get-go. So I knew she was one to watch.

“Cross was very entertaining. I thought he brought a lot to the show.