Ole Gunnar Solskjaer cannot escape calls for his removal, even when his Manchester United players look to be having a good time in training. 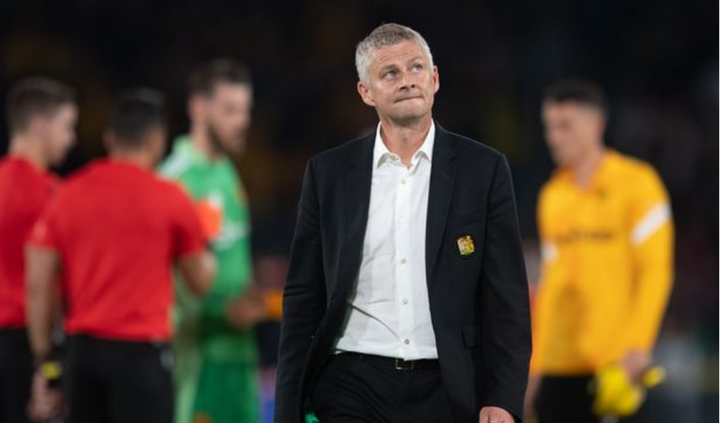 The Red Devils appeared to be in good spirits as they arrived to United's Carrington training facilities for a day practice.

Donny van de Beek, an out-of-favor midfielder who was overlooked by Netherlands manager Louis van Gaal due to a lack of playing time at club level, was one of those players.

Despite being cut from Solskjaer's first team, the Dutchman laughed with his teammates and seemed unconcerned.

Juan Mata and Nemanja Matic, two other exiles who have only made cameo appearances for the club recently, were also present.

Mason Greenwood joined the group after being ruled out of England's World Cup qualifiers against Andorra and Hungary by Gareth Southgate.

Astute United fans noticed, however, it was only Van de Beek who was photographed smiling.

Several public answers including the term "Ole out" and with the hashtag "#SackOle" were then used by several people to show their unhappiness with Solskjaer's management.

“Seeing the lads training gave [sic] me so much hope and optimism once upon a time, but not so much these days,” another user remarked. 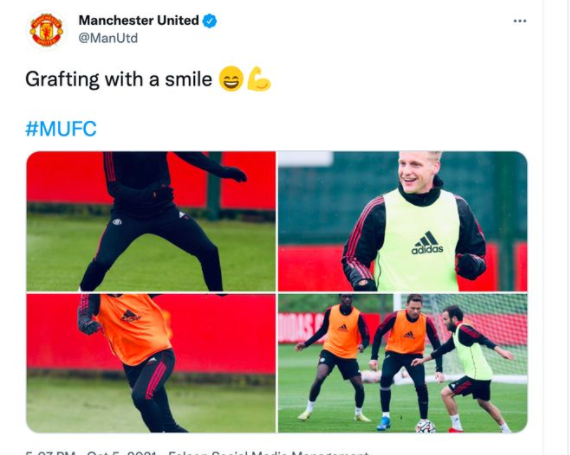 Despite signing three of his top transfer targets this summer, Solskjaer has been chastised for his team's dismal results.

United are expected to fight for the Premier League title for the first time since 2012-13, thanks to the signings of Cristiano Ronaldo, Jadon Sancho, and Raphael Varane.

Following consecutive defeats in the Champions League and the Carabao Cup to Young Boys and West Ham, Solskjaer drew criticism from some United fans.

The sting of Solskjaer's side's performance was taken away by Ronaldo's stoppage-time winner in the 2-1 win over Villarreal.

However, his job was called into question once more when he left Ronaldo on the bench for Everton's 1-1 draw, with the Portuguese photographed alone heading down the tunnel after the final whistle.

However, his employment is not believed to be in threat because his assistant, Mike Phelan, has had his contract extended until 2024.

Solskjaer was recently given a new contract by United, which runs until the same date as Phelan's, meaning that United supporters will have to make due with their boss for the time being.