Meaning Of FIFA, UEFA, VAR And Other Common Football Acronyms

Most soccer fans, in my experience, struggle to understand football abbreviations and acronyms, particularly those seen in soccer league. Almost all new football fans are unable to properly comprehend the acronyms without the assistance of seasoned soccer enthusiasts or the use of the Internet. 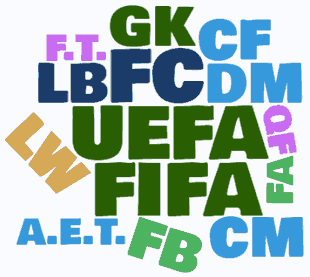 This article explains the meaning of common football acronyms as well as positions abbreviations.

2. GOAT: Greatest of all time 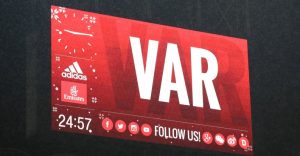 The attacking midfielder (AM) is the midfielder on a team who is closest to the attacking players and plays in the center of the field, immediately behind them.

A player that is responsible for both defensive and offensive duties. He is given a free role and can act as a playmaker to some extent, but he should also drop back behind the defensive line when the opposing team attacks.

The center back (CB) in soccer is the player who defends the team from the center of the field, immediately in front of the goalie. The center back's (CB) job is to defend the team's goal and keep the opposition's players, as well as the soccer, from getting past them.

The offensive line attacker who is positioned in the middle. In modern football, it is customary to simply play one or two attackers, hence the term "center forward" may not be entirely accurate.

This is positioned on the defensive line's left side.

This is positioned on the defensive line's right side.