Top 5 Famous Footballers That Are No More.

By Sundayemmanuel60 (self media writer) | 1 year ago 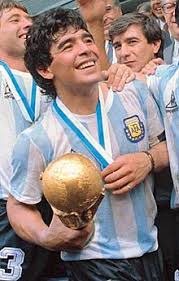 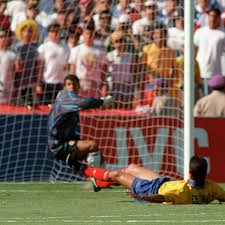 (Colombia) The death of Colombian star, Andres Escobar, was shocking news to the football world in 1994. Before his death, Escobar had played for olombia in 51 matches. Everything started from the own goal he scored in World Cup 1994: In a match against USA while trying to cut off a pass, the defender netted an own goal that led to USA’s win.

Upon returning to Columbia, Escobar got a visit from three men and a woman in the parking lot.

An argument concerning his own goal ensued, and the 27-year-old defender insisted that the own goal had been a mistake, however, two of the men, pulled out their guns and shot him. He was shot six times and left to bleed out in the parking lot, and the men fled away in a truck.

3. John Thompson (England) September 5, 1931, Celtic faces Rangers in front of 80,000 fans at Ibrox Stadium in Glasgow. In the second half, Sam English of Rangers raced toward Celtic’s goal, looking certain to score.

John Thompson dived at his feet, trying to disrupt his run, but his head collided so hard with English’s knee that he fell immediately unconscious on the ground. Thompson fractured his skull in the incident and was taken to Victoria Infirmary.

4. Antonio Puerta (Spain) 22 at the time of his death, Antonio Puerta is another famous dead football player who played as a wing-back both for his club team Sevilla, and Spain national team during his life. In the 35th minute of a match against Getafe at Sánchez Pizjuán Stadium, Puerta collapsed while heading back toward his own goal.

He lost consciousness, but again he could walk off the pitch after being attended to by Sevilla’s medical staff. However, he collapsed again in the changing rooms and was given cardiac resuscitation.

5. Marc-Vivien Foe (Cameroon) Marc-Vivien Foe’s death in 2003 was one of the greatest tragedies seen on the soccer pitch at the time. The midfielder was playing for his country against Colombia at France’s Stade de Gerland in the Confederations Cup semi-finals when he suddenly fell on the ground in the 72nd minute.

Content created and supplied by: Sundayemmanuel60 (via Opera News )