By erictimelessbeauty (self media writer) | 1 year ago 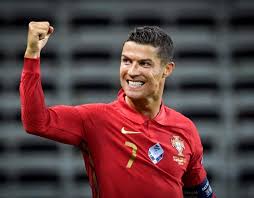 Both Christiano Ronaldo and Kareem Benzema scored a brace tonight in the Euro as Portugal and France played out a 2 all draw.

The match between Portugal and France certainly lived up to the billing and it was indeed the battle of the veterans as far as goal scoring was concerned. Ronaldo scored two goals from the penalty spot to equal the Iranian former superstar, Ali Daei's, record as the highest goal scorer at the national team level. Ronaldo has now scored 109 goals for the Portuguese national team. Even though he shares that record with the Iranian ex-footballer, he only needs one goal to go clear as the undisputed highest goal scorer for any national team the world over. 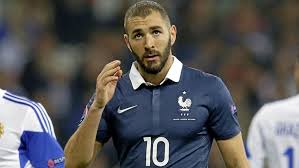 Kareem Benzema whose sizzling form for Real Madrid earned him a belated call up by Didier Deschamps also justified his recall to the national team by scoring a brace in the keenly contested match.

Even though Ronaldo's two goals (each of them a record breaker) dominated the post match analysis, credit must be given to Senato Sanchez and Paul Pogba both of whom were outstanding for their respective sides. Of course Ronaldo's first goal made him the highest goal scorer in Europe at major tournaments with a tally of 20, as the Portuguese overtook former Germany striker Miroslav Klose. The second goal was a record equalling goal as he tied up with Ali Daei as joint all time highest goal scorers.

Hungary failed to qualify after allowing Germany equalize after going 2-0 up meaning that France, Germany and Portugal have all qualified for the next round. Portugal are to face in form Belgium, Germany faces England while France drew Switzerland in their round of 16 tie.