Forbes releases list of most valuable sport clubs in the world

By Mrkayjosh (self media writer) | 1 year ago

A statement from Forbes reads "The pandemic has caused a world of chaos for the sports industry, but billionaire owners are thriving, with the average value of the world’s top teams jumping 11%, to $3.4 billion".

Despite the Coronavirus pandemic of 2019-2020, which affected the general economy poorly, but the sport industry seems to not to be affected. None of these events, nor the pandemic itself, has done much to hurt the owners of the leading sports franchises. Clubs owners should be all smiling has the average revaluation surplus about 11% ROI.

Checkout the top 15 most valued sport clubs in the world as at May 2021. 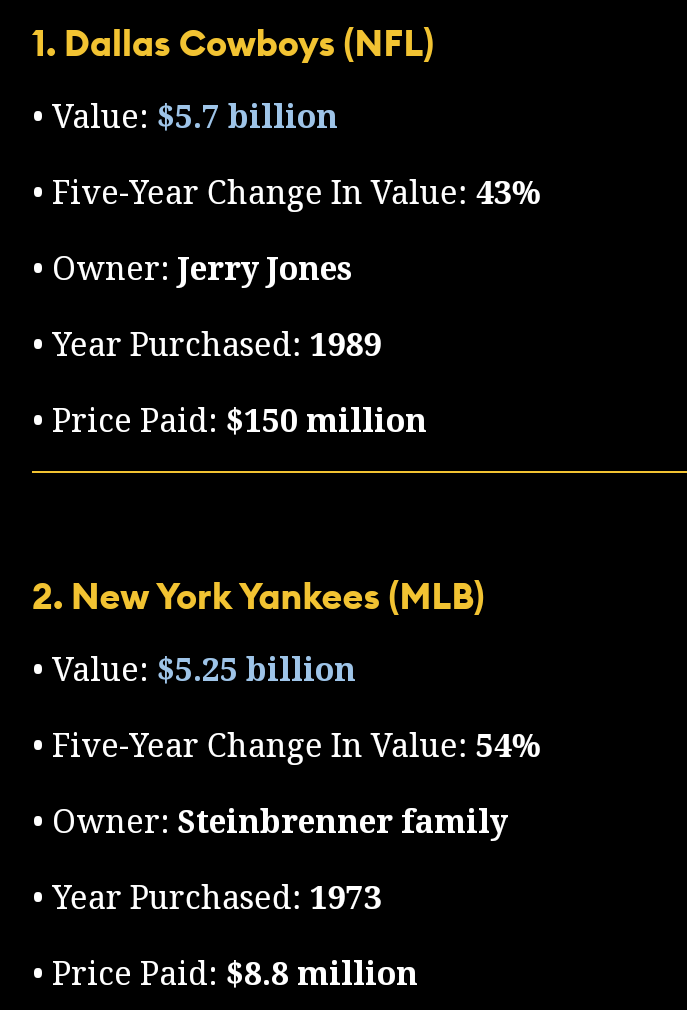 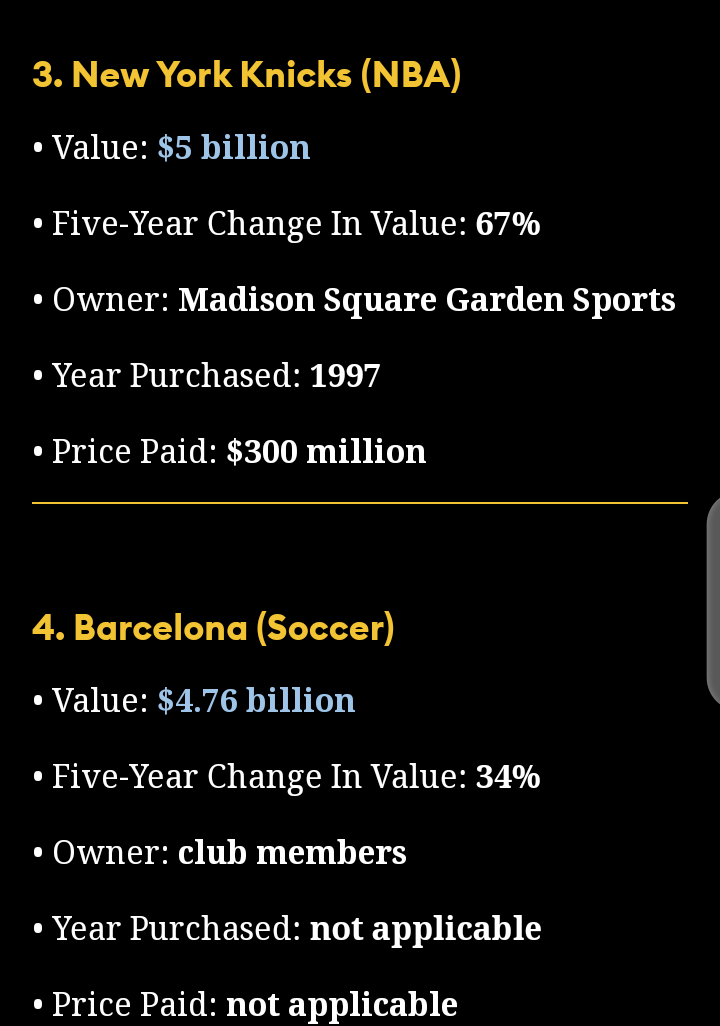 4. Barcelona (Soccer): according to Forbes Spain football club "Barcelona" is the most valuable football club in the world as at May 2021. 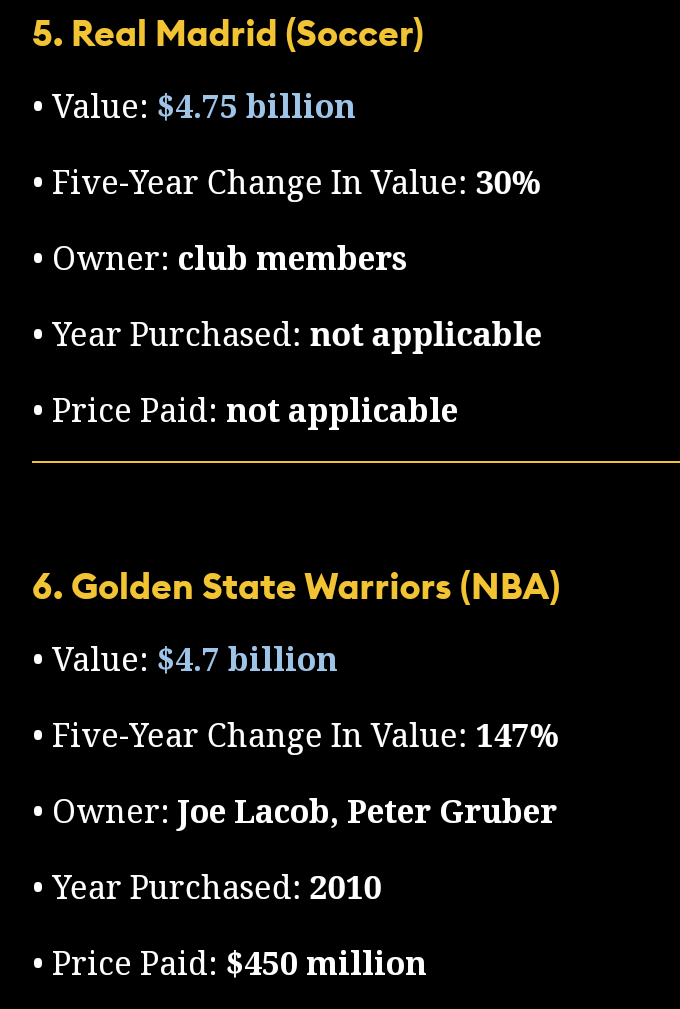 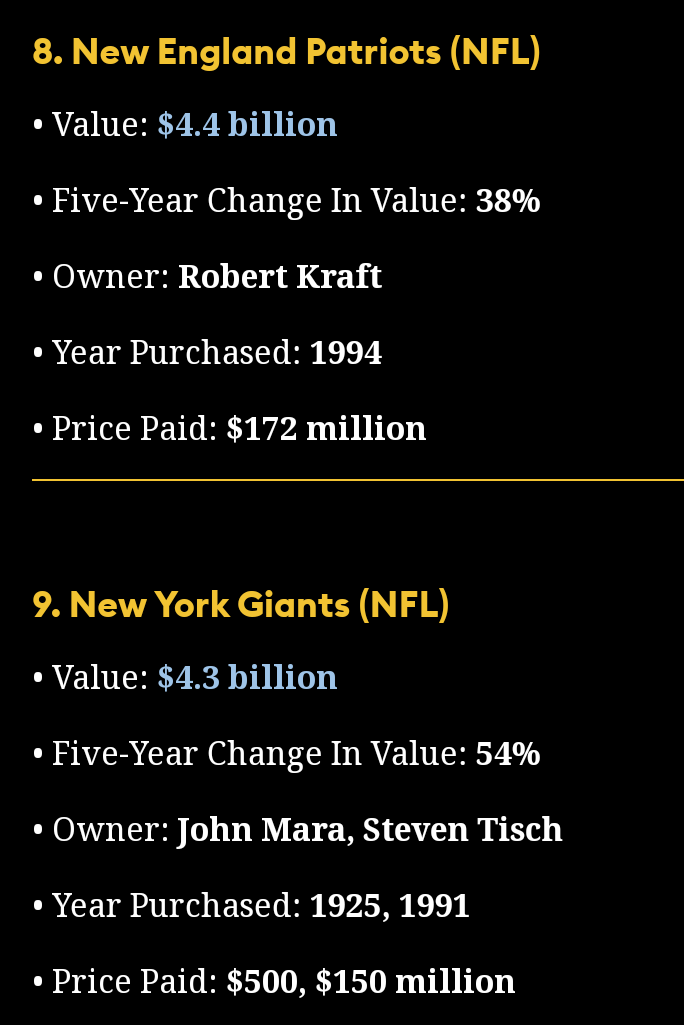 10. Bayern Munich (Soccer): German giant club " Bayern Munich' claimed the 3rd most valuable football club in the whole as at May 2021. 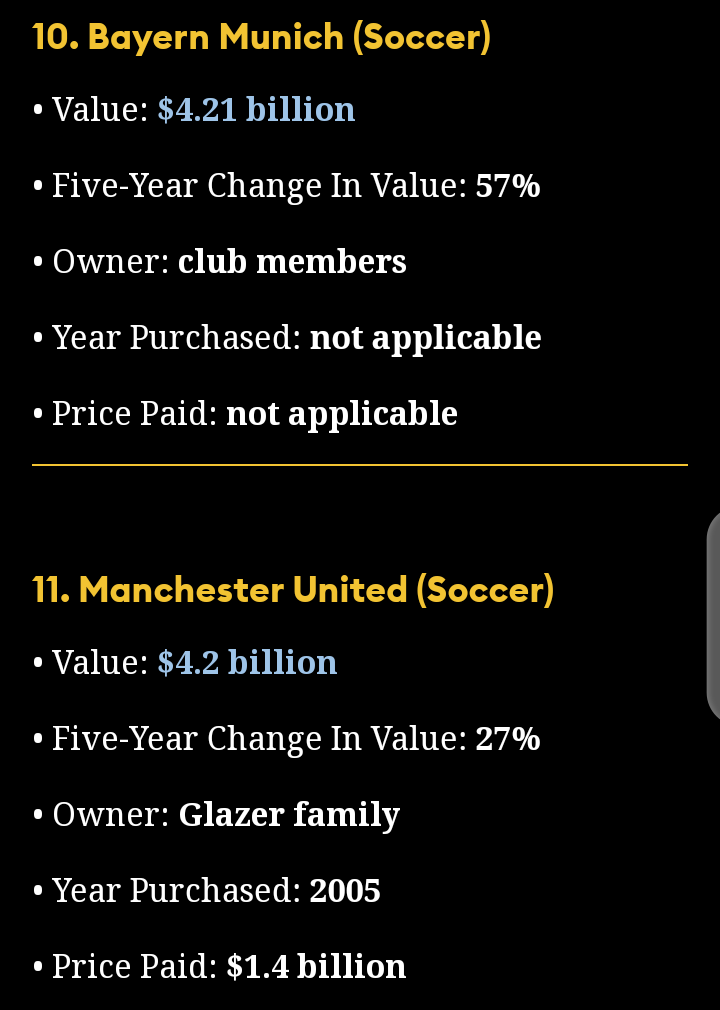 11. Manchester United (Soccer): Red devil's of England is currently the 4th most valuable football club in the whole world.

12. Liverpool (Soccer): Top rival to Manchester United, Liverpool had increased it return on investment, which has boosted the club to the 5th most valued football club in the world. 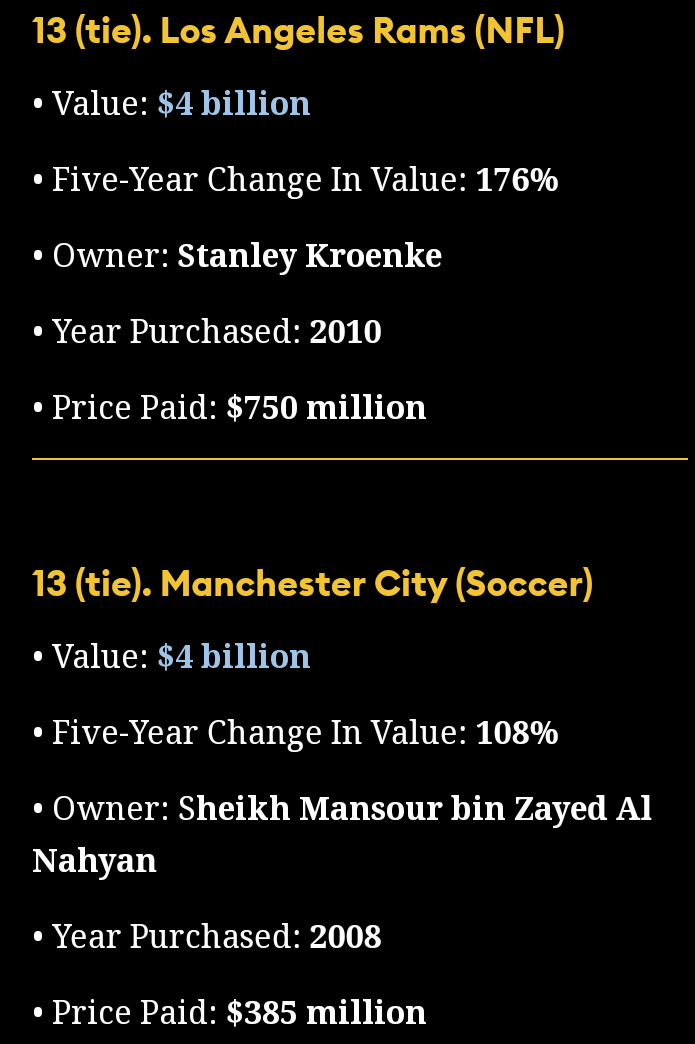 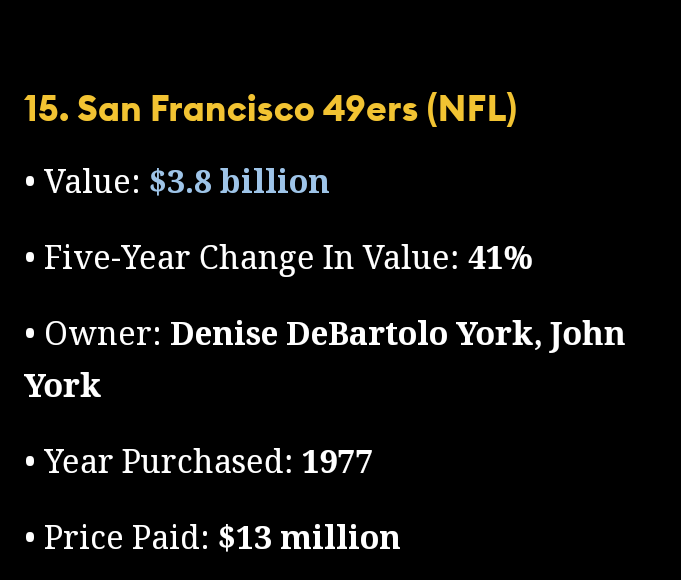 Other notable football clubs (Chelsea, Arsenal and PSG) did not to meet the top 15 most valued clubs, but they are included in the 50th most valued sport clubs. 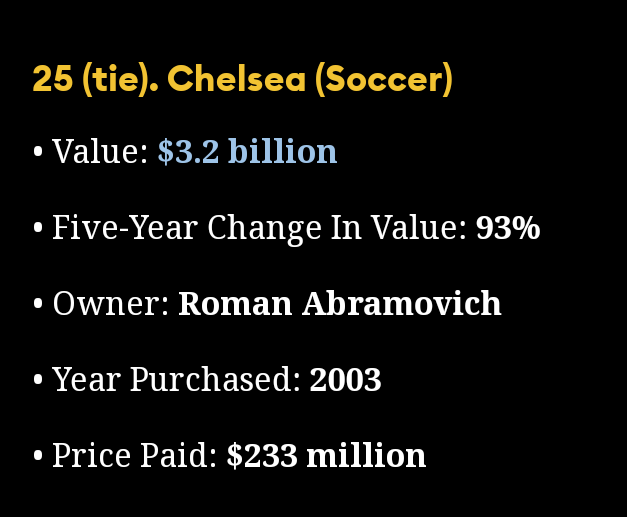 25. The blues are currently 25th most club sport club in the world. 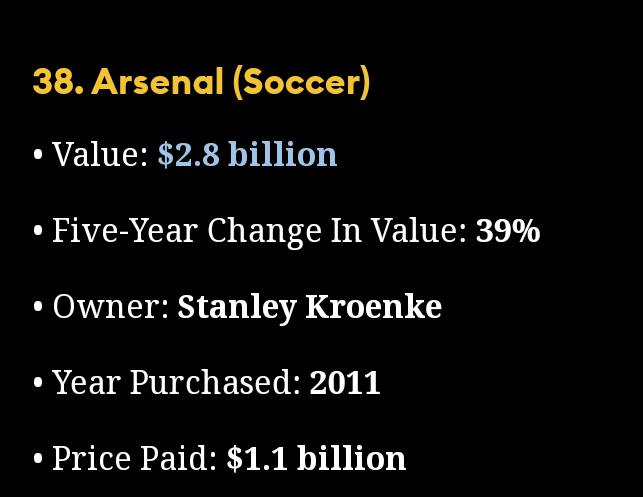 38. Arsenal: the gunners are 38th most valuable sport club in the world. 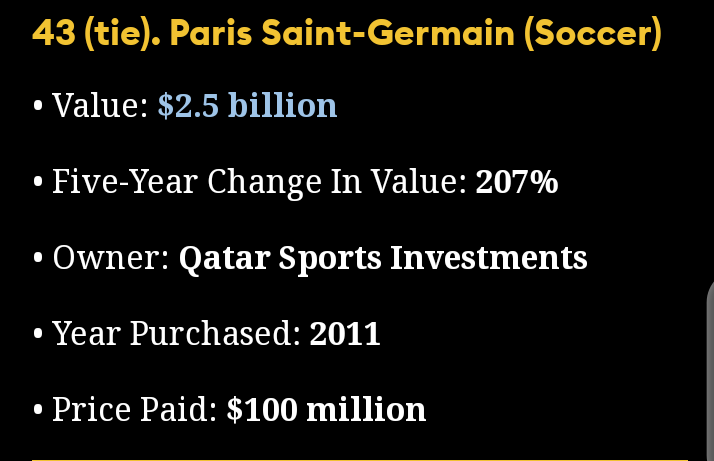 43. Paris Gaint, PSG are presently the 45th most valued sport club in the world.

A top notch investment noticed is Chicago Bears. Just 100 dollars was invested back in 1920, now the club Worth's 3.53 billion. 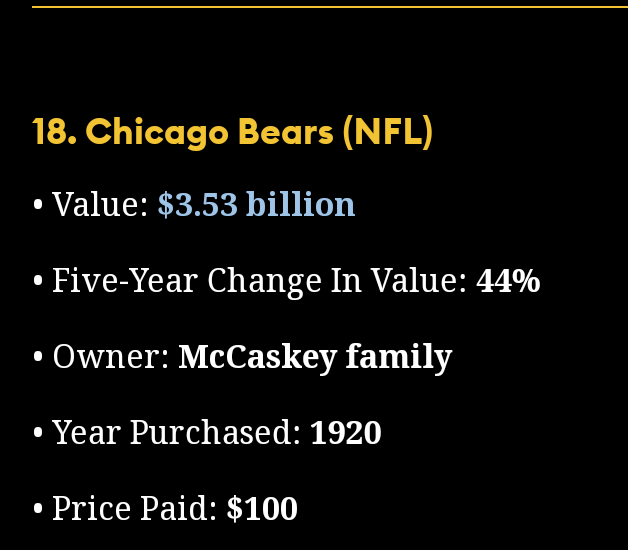 This is the smallest amount initially invested in any of the top 50 rated sport clubs.

Moral lesson: Investment is good, adhere to it.

If you are proud of your football club, kindly comment below to rep your team.