Talk about a footballer who seems to be in and around controversy over the last couple of years, Mesut Ozil has had his fair share of controversial moments and yesterday, during Fernabahce's 2-2 draw against Royal Antwerp in the Europa League, he was once again the protagonist of controversy after his coach subbed him off. 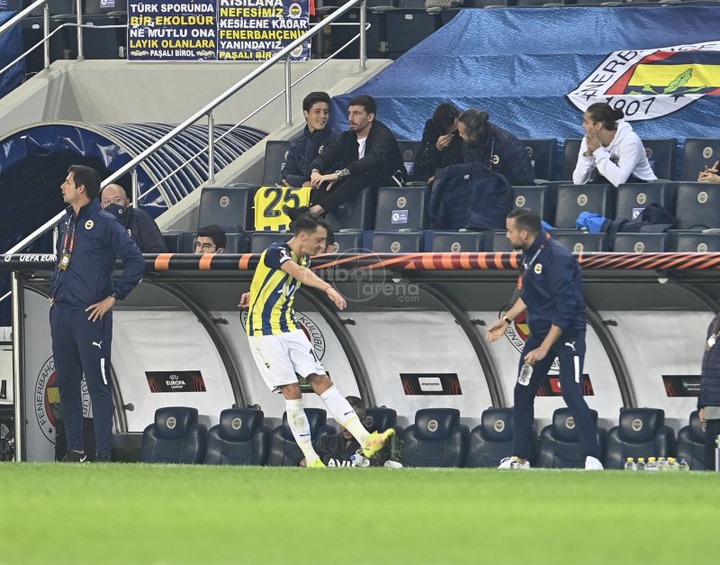 The Turkey outfit welcomed Royal Antwerp to their home for the match day 3 fixture and in less than three minutes after the match kicked off, they found themselves behind.

They pulled one back through Enner Valencia who also missed a penalty before adding a second goal to hand Fernabahce a well deserved 2-1 win at the break.

In the second half, they couldn't find a third goal and Mesut Ozil wasn't helping. As a matter of fact, the German legend was having a stinker of a performance. He failed to register a single shot through out the match, whether on-target or off-target. 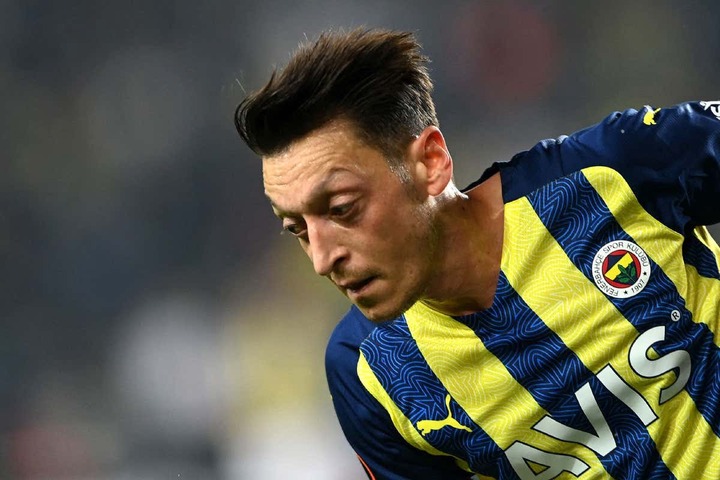 For a player known for his creativity, Ozil didn't even manage to make 1 key pass in the attack. So when the manager decided to take him off when Antwerp equalised and made it 2-2, he had every right to.

But sadly, Ozil was dissatisfied. He left the pitch angry and outraged. He showed off a side we hate to see from a professional footballers and kicked away the bottles of water that was sitting by the touchline right, on the side where his coach and substitute bench were seated. 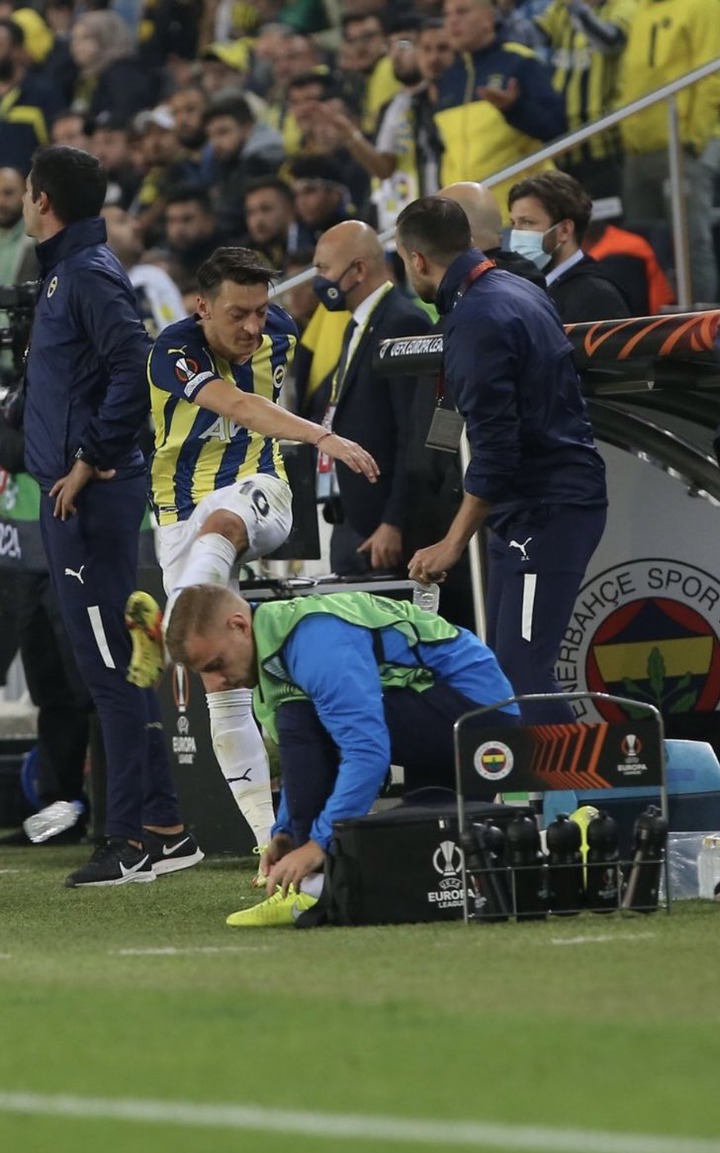 In my opinion, it l was a complete show of dissatisfaction that was totally unnecessary and uncalled for.

But in Ozil's defense, I think we should maybe look at this from another perspective other that the one everyone seems to be looking at it from.

Yes, what he did appeared very arrogant. But, I would like to believe it was simply because he knew he'd just had a terrible game and being subbed off means there's no chance for him to try and and make amends. 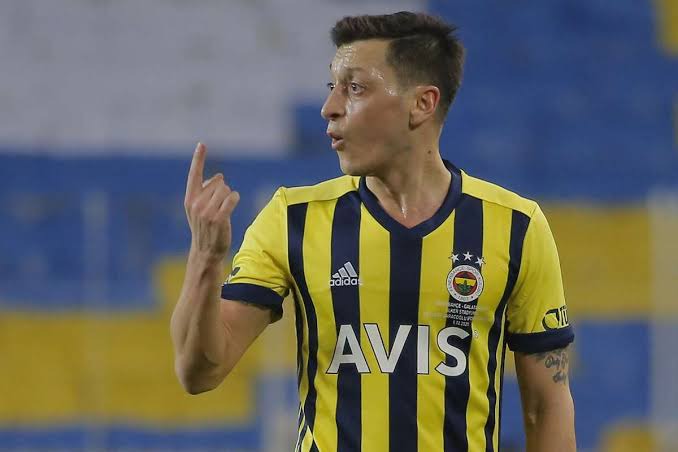 It is easy to say that his 'arrogant' reaction was at his coach but when you've played football even at grassroot level like many of us have, you'd understand that the frustration of being subbed after a terrible game can make a player do anything.

Of course we all know players like Ozil can be having a poor game and within seconds, provide a game changing moment with either a marvellous pass or a sublime goal. So long as they are on the pitch, they are dangerous. 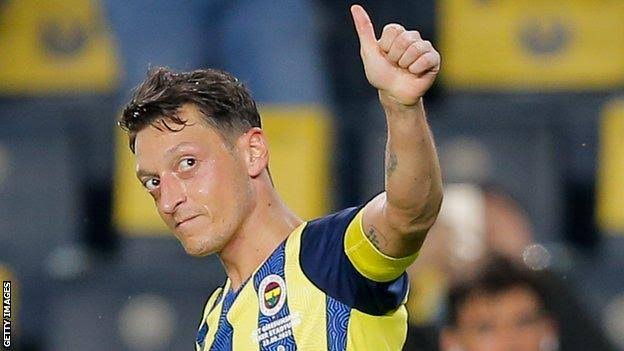 After the match, his coach, Vitor Pereira was asked to give his thoughts about the whole Ozil drama and surprisingly, he supported his player. 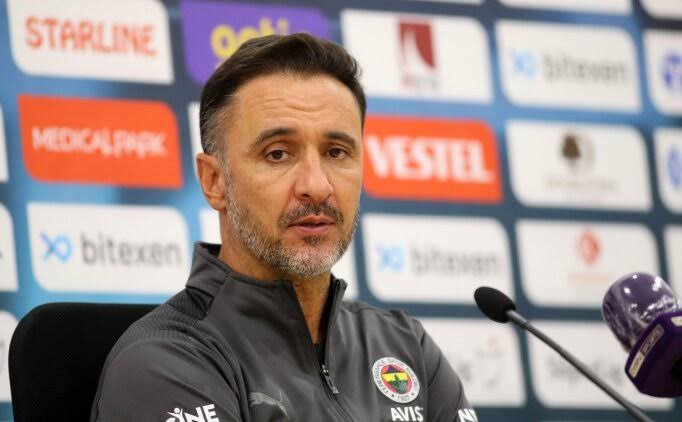 "We needed more intensity and some fresh blood."

"Mesut did well today, he can do well on the ball but today we had difficulty in keeping possession. For sure I cannot know what would happen if we did not bring him off."