By Gistvibeztv (self media writer) | 27 days ago

1. Arsenal -Premier league club As a result of the club's recent acquisition of a number of high-caliber players, Arsenal is considered to be one of the more active clubs in the ongoing transfer window. The Arsenal team is ready to compete for the Premier League title as well as other domestic trophies in the forthcoming season.

The team coached by Mikel Arteta won their first preseason game against Nurnberg last week, and new player Gabriel Jesus contributed to the victory by scoring twice immediately after coming on as a substitute. The Arsenal starting eleven is expected to look like this when they take the field in the next Premier League season.

2. During the current transfer window, the Premier League champions from the previous season, Manchester City, have successfully completed four official player trades. Pep Guardiola's players, who were knocked out of the Champions League competition by Real Madrid the previous season, are currently looking forward to reclaiming the prestigious trophy next season after a successful team makeover. Pep's players were eliminated from the competition.

The following is a potential lineup for the Citizens under Pep Guardiola for the upcoming season, which takes into account the recent acquisitions of Erling Haaland and Julian Alvarez.

Based on the lineup that has been predicted, which of the two teams, Arsenal or Manchester City, do you think will have the upper hand in the Premier League the following year? 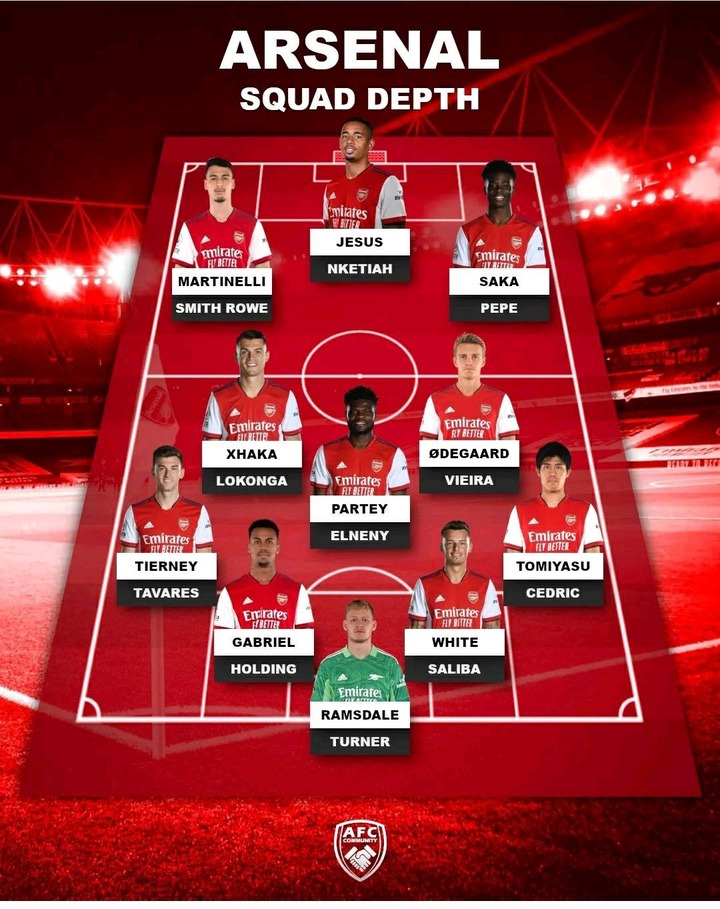 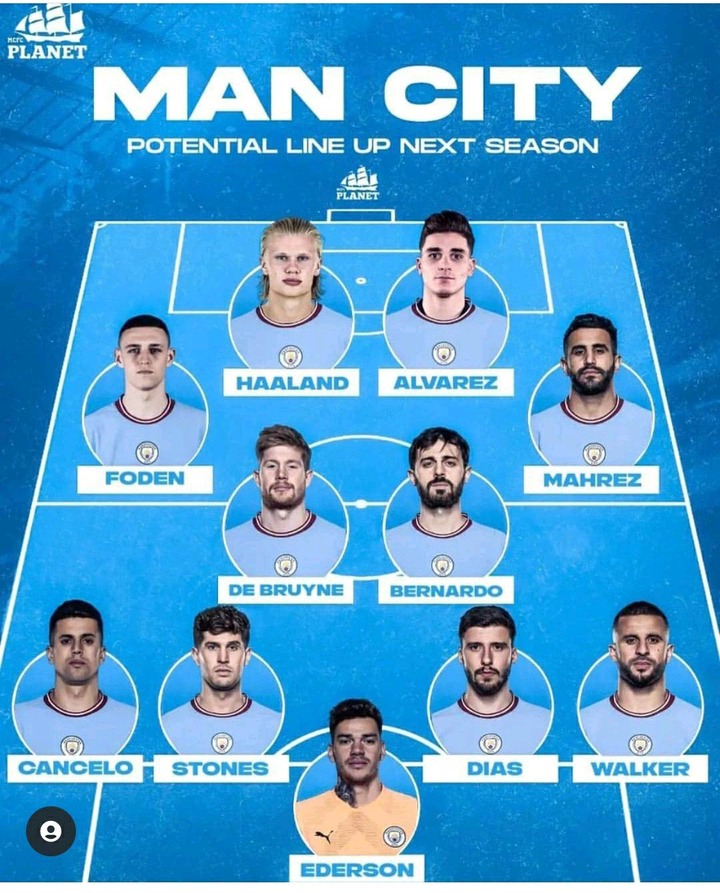