After a Ligue 1 brawl, Nice was fined one point and Marseille's physio was banned for a year

By Abuhba (self media writer) | 1 year ago

After home fans rushed onto the pitch and battled with OM players and staff, the match in August had to be called off. 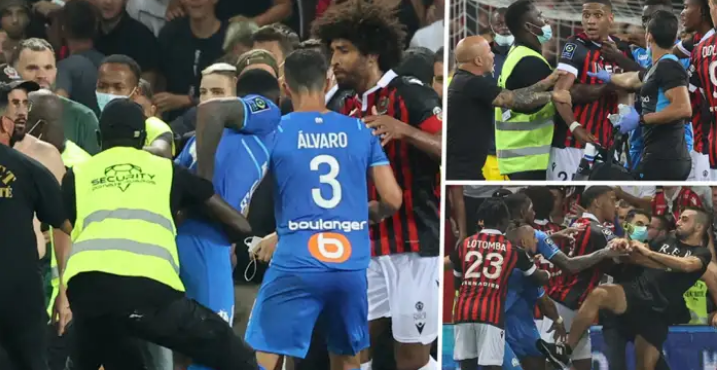 Due to the violent circumstances that marred Nice's match with Marseille in August, Ligue 1 fined them two points, one of which was suspended, and OM physio Pablo Fernandez will be suspended for the entire 2021-22 season for his role in the brawl.

When Nice fans invaded the pitch and physically battled with visiting Marseille players and personnel, the game between the two clubs was called off.

The hosts have been stung the hardest by the LFP's final disciplinary verdict, although numerous Marseille players have also been sanctioned, and the match will be replayed behind closed doors.

The pitch invasion and following fracas at the Allianz Riviera were ignited after Marseille player Dimitri Payet hurled a bottle back into the crowd, an action for which he was given a suspended one-match ban, along with teammate Alvaro Gonzalez, who was also accused of instigating the home fans.

Content created and supplied by: Abuhba (via Opera News )