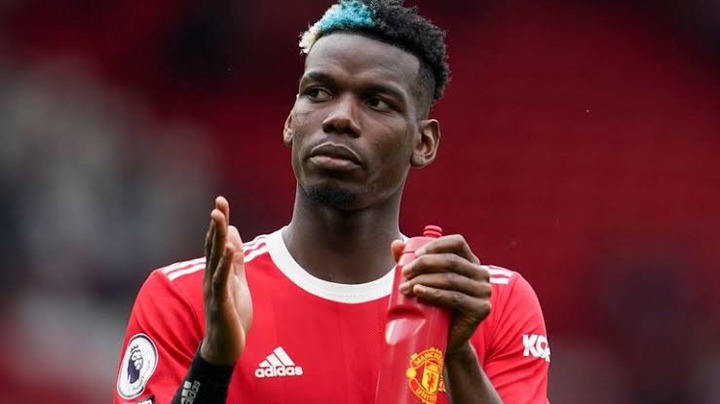 Paul Pogbas' contract with Manchester United will expire in the summer of 2022 and his future remains uncertain, with Real Madrid, Paris Saint-Germain and Juventus as possible destinations should he decide to leave Old Trafford.

The 28-year-old is not expected to contemplate an offer from any other Premier League team, but if he does not put a new deal with United in writing, he will be able to negotiate his future from January 1.

It was something that not long ago seemed unlikely, but the club has already contacted Pogbas's agent, Mino Raiola, and the two parties are negotiating a new deal.

The French international has not ruled out staying at Old Trafford following the return of Cristiano Ronaldo and the arrival of compatriot Raphael Varane and promising winger Jadon Sancho. Pogba wants to win both the Premier League and the Champions League, with the English press reporting that if he stays he would become United's highest paid player.

Pogba has never hidden his admiration and his desire to play for Real Madrid, an option that seemed more feasible when Zinedine Zidane was in charge. With Karim Benzema, Eduardo Camavinga and Ferland Mendy already on the squad, and Kylian Mbappé as Real Madrid's primary target, Pogba could join forces with his teammates from France at Los Blancos.

Meanwhile, Real Madrid are not ruling out moving for Pogba as part of their plan to strengthen their midfield. Real Madrid have had issues with Raiola in the past, but the opportunity to feature both Mbappe and Pogba at the refurbished Estadio Santiago Bernabeu is appealing.

Pogba was happy in Turin, but it is doubtful that Juventus will be able to meet his salary demands, given that they already have problems with Paulo Dybala, who earns around ten million euros a year.

I always talk to former teammates like Dybala, Pogba said after Frances beat Belgium in the Nations League semi-finals. Now I have a year left with Manchester United. I want to end up there and then see well. Anyway, I was good at Turin.

A Fresh adventure at PSG

PSG are one of the few clubs that can afford Pogbas's salary, but the midfielder has never had the desire to play in Ligue 1. In fact, he hasn't appeared there since he was 16, when he left Le Havre to join Manchester United's reserve team.