By TeamAnonymous (self meida writer) | 1 months

For Manchester United, the comeback win against Aston Villa today wasn't their first of the season as yet again, Ole Gunnar side showed how they can respond especially after going a goal down.

Despite Aston Villa taking the lead into halftime, United improved in the second half of the game and goals from Cavani, Bruno Fernandez and Greenwood saw them secure yet another comeback win as they won the match 3-1. 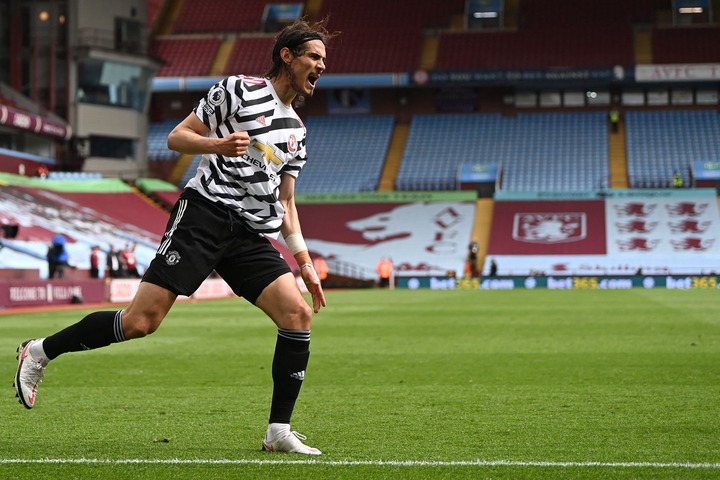 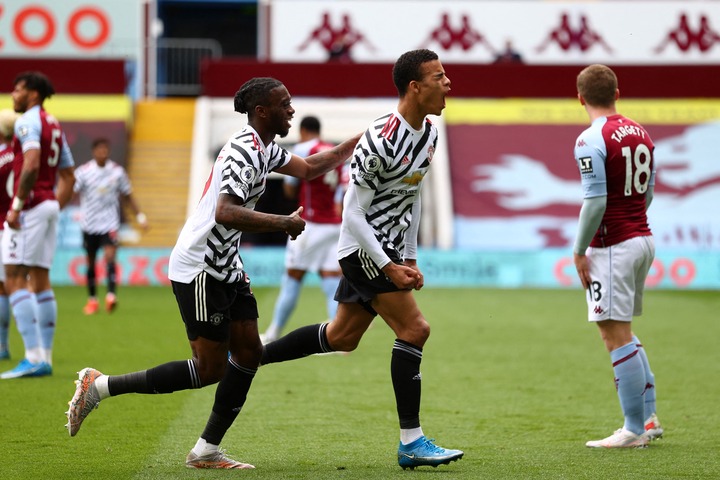 In as much as the win was superb, United suffered a setback during the match as their captain Harry Maguire was subbed off in the 77th minute after picking up an injury. 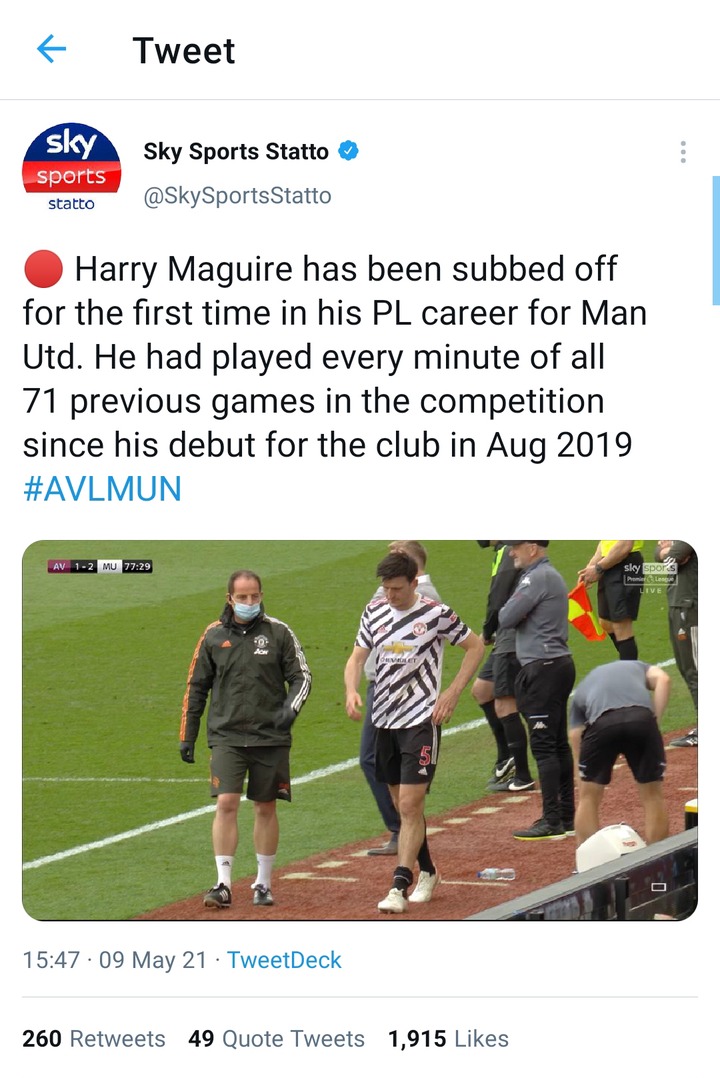 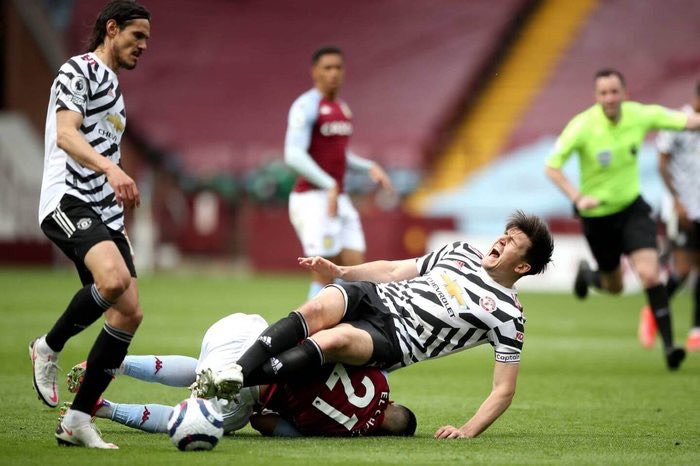 After the match, Harry Maguire has provided an update about his injury one which he said hopefully wasn't serious. In his tweet, he captioned saying 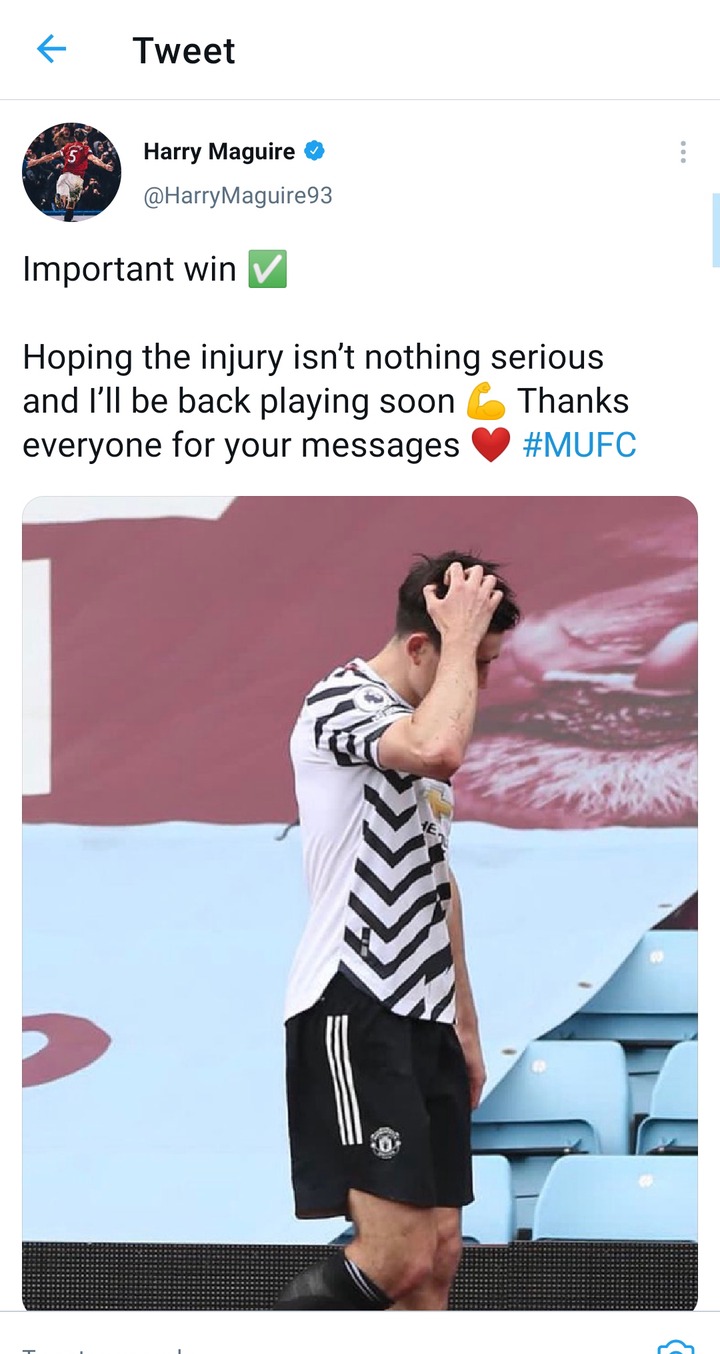 Hopefully it's nothing serious as this is the first time in his EPL career for United where he would be coming off as a substitution.

"No One Comes Close, He Is The Best"- See What Olamide Did That Got Fans Talking Since Midnight

"Olamide why are you so arrogant, what kind of album did you just release? - Basket Mouth asks

6 Photos Of Chef Chi Flaunting Her Backside In Lovely Outfits

22 Ways To Know A Guy That You Can Trust