By 2kiessSports (self meida writer) | 1 months 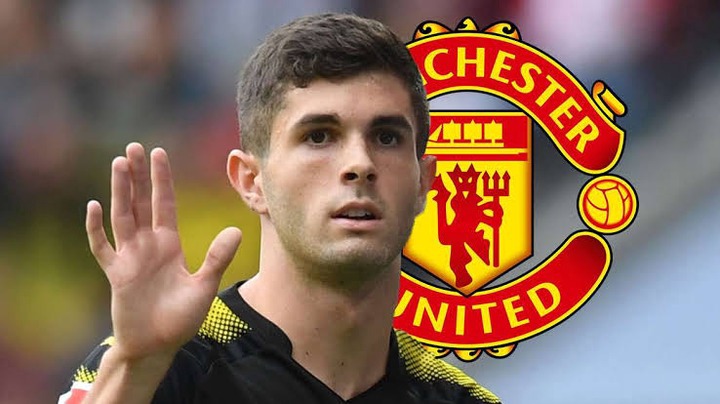 Pulisic to fight for future at Chelsea

Christian Pulisic is not about to walk out on Chelsea, claims Fabrizio Romano.

The United States international has struggled to nail down a regular Blues role under Thomas Tuchel, leading to talk of interest from Liverpool and Manchester United, but he is ready to fight for his future at Stamford Bridge.

Chelsea will try to sign Antonio Rudiger to a contract extension before the summer to avoid the risk of him leaving on a free transfer in 2022, with the Daily Mail reporting manager Thomas Tuchel is a driving force in getting a deal done soon.

Tuchel has needed the German centre-back to perform at a high level with Thiago Silva injured, and the 28-year-old has rewarded his boss with steady play at the back over the past month.

Donny van de Beek is tired of spending time on the fringes of Ole Gunnar Solskjaer's squad and is ready to quit Manchester United if not allowed back into the first-team soon, claims the Daily Star.

Van de Beek was signed from Ajax last summer with the expectation he would be a key playmaking force, but he's made only two Premier League starts in his first year with the Red Devils.

He will reportedly have a sit-down with Manchester United executive vice-chairman Ed Woodward about his future with the club.

USL midfielder Jose Gallegos is headed to Germany for a two-week trial with Bayern Munich, reports The Athletic.

The 19-year-old could be signed away from current club San Antonio FC if he impresses Hansi Flick's staff.

Cavani has scored six league goals for the Red Devils this year but indicated he might be happier playing in South America next year.

Lazio will look to sign Inter Milan defender Andrea Ranocchia on a free transfer to provide depth at centre-back, according to La Lazio Siamo Noi.

There are few active Serie A players with the experience of Ranocchia, who has appeared in 207 matches in Italy's top-flight.

Portsmouth are considering a risky but emotionally pleasing hire of former player Matthew Taylor to fill their managerial vacancy, writes The News.

The Norwegian has been all the Gunners had hoped for since his arrival, and they would like to make his move permanent

Arsenal have already seen enough from Martin Odegaard to want him beyond this season, according to the Daily Mail, with the attacking midfielder's goal against rivals Tottenham at the weekend adding to their affection.

Odegaard was sent to London by Real Madrid in January as Zinedine Zidane was struggling to find a regular place for him.

The 22-year-old has expressed admiration for how Arsenal operate, recently saying he feels at home in Mikel Arteta's dressing room.

Bayer Leverkusen are in pole position to sign Paris Saint-Germain midfielder Julian Draxler this summer - according to Todofichajes.

Arsenal have also been strongly linked with the German, who is due to become a free agent at the end of the season.

Draxler would prefer to return to his homeland rather than move to the Premier League, with Leverkusen now poised to swoop for his signature.

The 27-year-old has spent most of his career in Sweden but has also played for a year at the top levels in Austria, Greece and Norway.

Lee Bowyer has stepped down from his job as Charlton Athletic manager and informed his players of the decision on Monday morning, reports the South London Press.

He is now considered a candidate to take over at Birmingham City.

Opinion: Kelechi Iheanacho Is the Best Nigeria Player That Is Presently Playing Football.