Opinion: Ronaldo is NOT more Of A Football Machine than Messi

By DanielZagpish (self media writer) | 1 year ago

Ben Foster, former Manchester United (Red Devils) goalkeeper has recently chosen Christiano Ronaldo (the Juventus star) over the Barcelona star, Lionel Messi in a debate on who is the world's best player.

He stated that ‘He’s (Ronaldo) an animal, machine’ as he chooses Ronaldo over Messi. He described Ronaldo as 'the best of all time' in an appearance on Happy Hour Podcast. 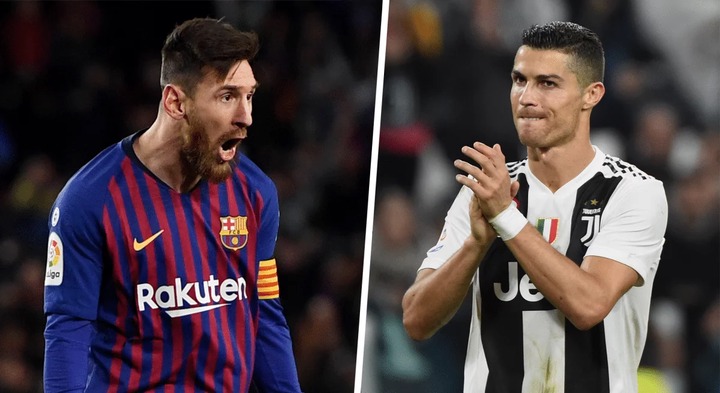 Recall that Ben Foster was with the Red Devils in the same time that Ronaldo was making waves and breaking records at Old Trafford.

He referred to Ronaldo as an 'animal and a guy that's seriously bloke', adding that he was the first player in each day and he would be the last one to go out on the training ground, and the last one to leave the building everyday as well.

Does it in any way mean that Messi has not put all his best all along in becoming who he presently is?

There is never a star who had not paid a price for success and makes it through; every great move does come with a price.

Whenever debates like this come up, I think it is a mater of preference and choice. It all depends on how you see and what you feel about who does best between those put into comparism.

It would be interesting to help you recall that Ben Foster was breaking into the Manchester United first team during Ronaldo’s final two seasons at the Theatre of Dreams.

He clearly stated that this was why whenever the question about who is best between Lionel Messi and Christiano Ronaldo arises, he always chooses Ronaldo because he has seen what he did for it and how hard he had worked to get to his present level.

"You see some of the stuff he does on the internet. He is a machine. An absolute machine! That level of mentality, phwoar, it is a different level" Ben Foster concluded.

But reader, who would you choose as best between Lionel Messi and Christiano Ronaldo?

It is hardwork that has brought them thus far and for me, I would choose Lionel Messi over Christiano Ronaldo anytime, anywhere.

Leave your opinion in the comment section below and share this to your friends who are football lovers so they can contribute.