You might not know how the premier league 2 is currently going and I will like to share with you, some of the things you need to know. 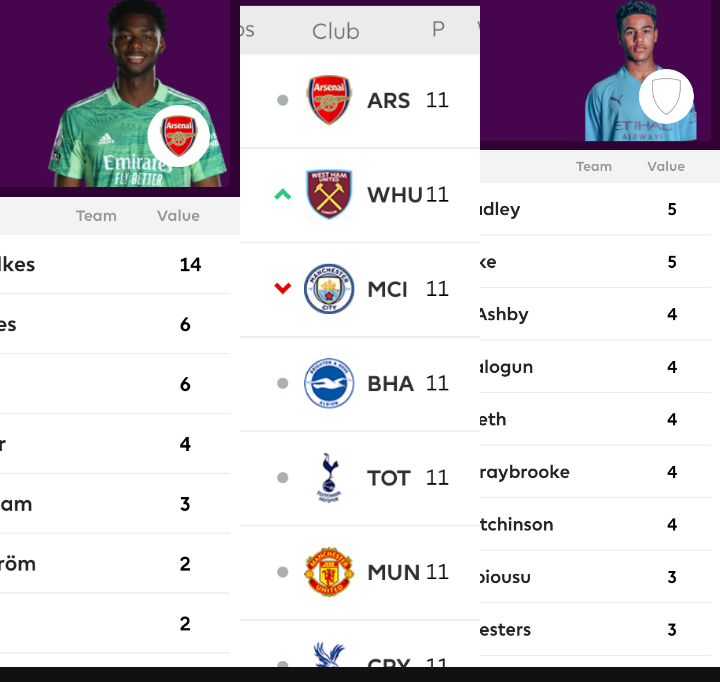 Arsenal is currently leading the race to win the premier league trophy, the Gunners lost only two matches while West Ham United lost 3 games, the Arsenal academy are performing well in the League 2 and I believe that the boys are following the footsteps of the Arsenal senior team. Manchester City and Manchester United are also chasing the Gunners, the red devils have 17 points in the League so far and I would say that, it's because of the injuries of some of their star players, Amad Diallo has returned back from injury and he scored a brace in their last match. Chelsea is currently in relegation 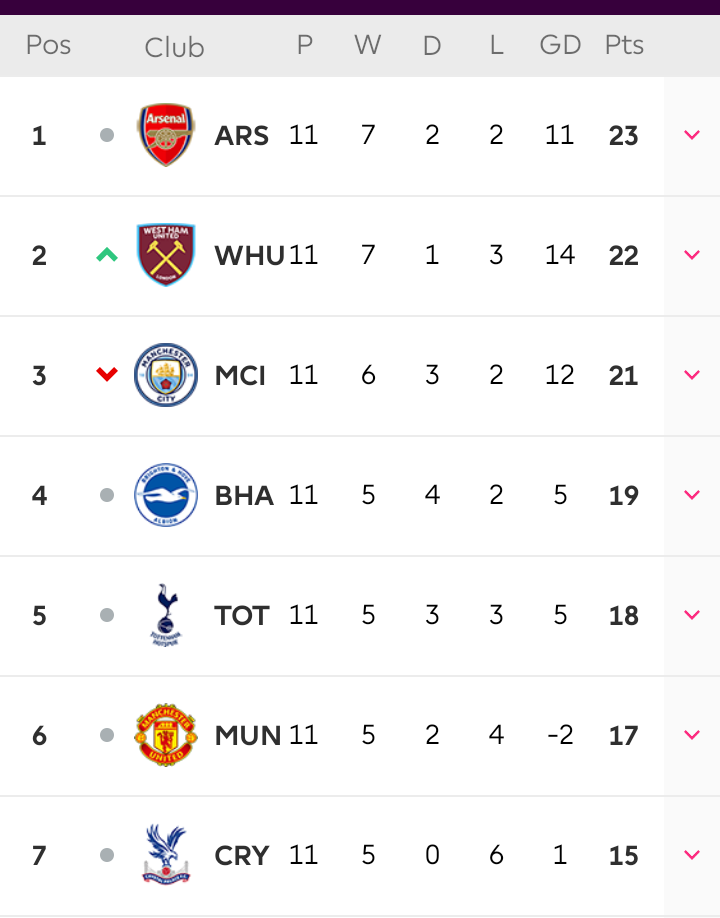 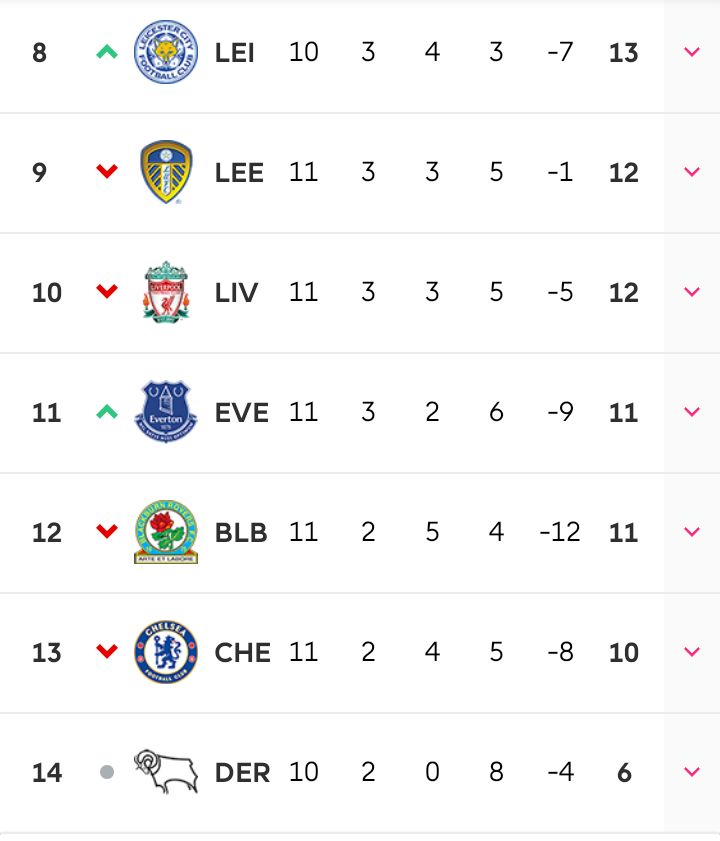 Tottenham youngster Dilan Markanday is currently leading the race to win the golden boot award, Arsenal forward Folarin Balogun is also chasing the Tottenham youngster and I believe that Balogun is one of the favorite players that might win the golden boot this season. Manchester United winger Anthony Elanga has so far scored 4 goals in the League and he still has a long way to go. 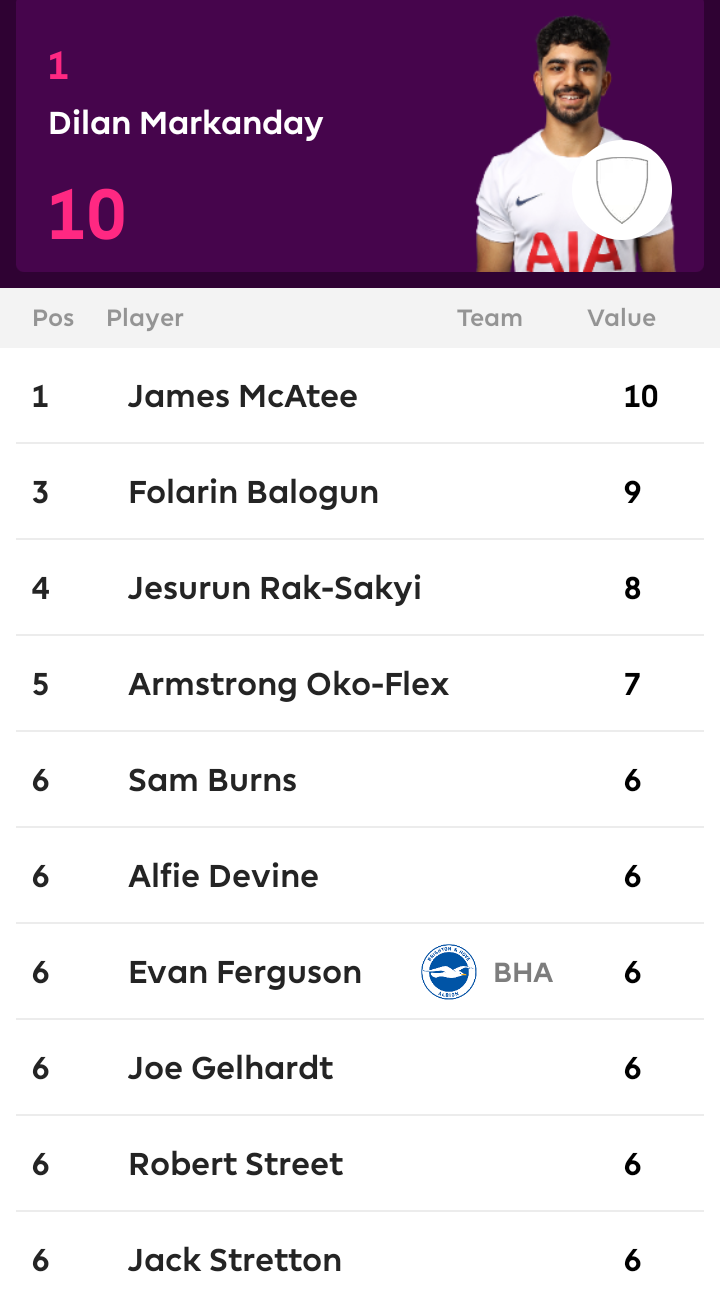 Oscar Bobb has registered 7 assists in the premier league this season, though Conor Bradley and Jack Clarke are also chasing him. 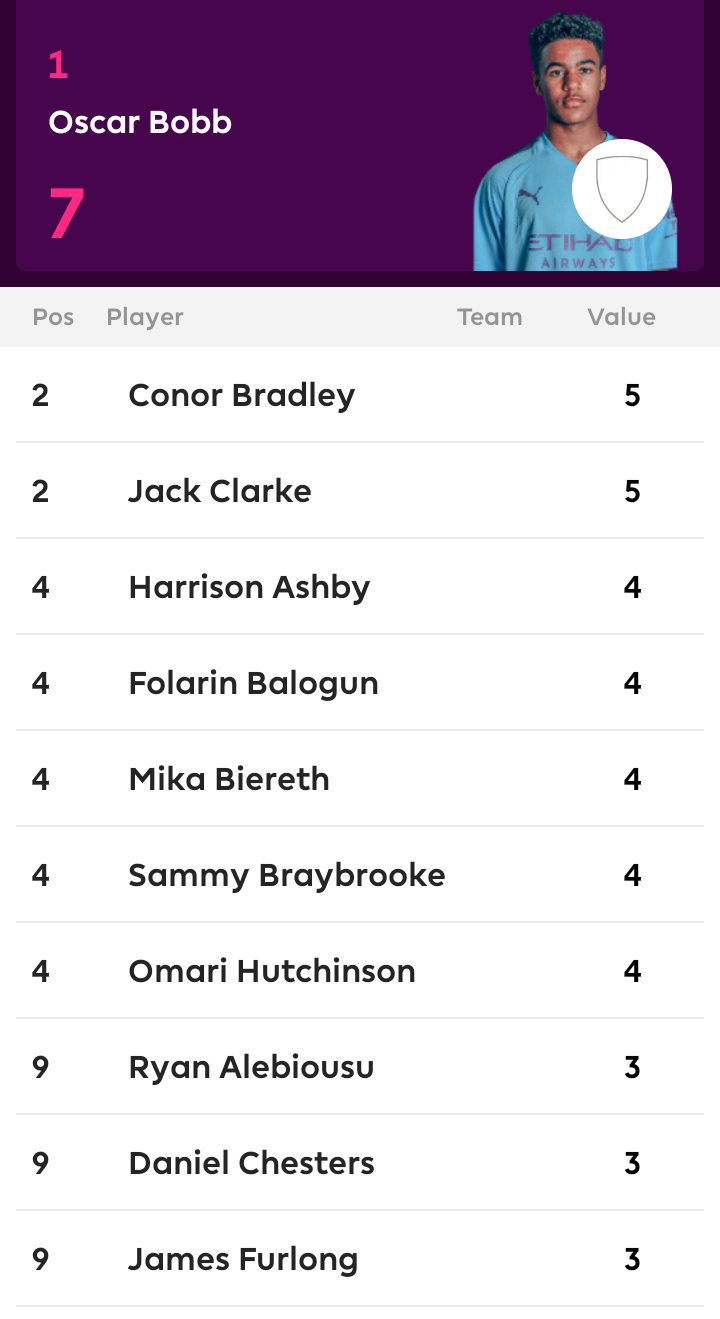 4. The Goalkeeper With The Most Saves 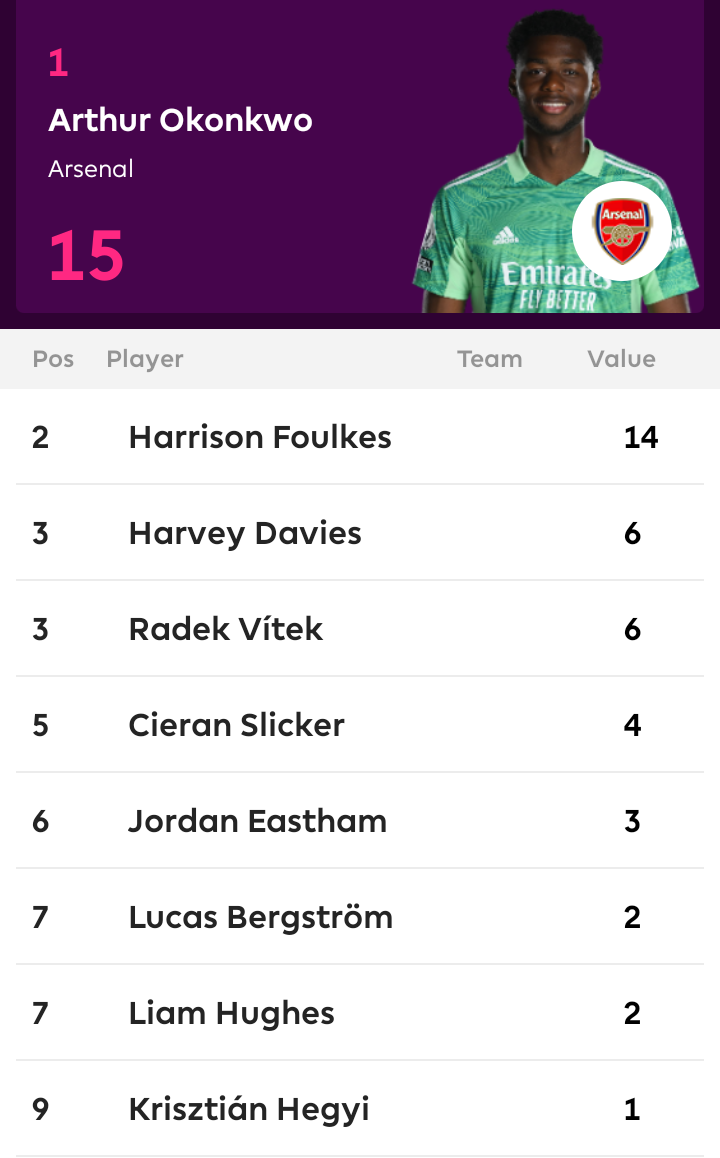