Who Scored The First Goal To Be Awarded With Goal-line Technology In The English Premier League?

Good day esteemed readers and opera hub lovers, I hope you're having a good time, this article contains the name of the footballer who scored the first ever goal in the premier league that was awarded by the goal-line technology.

Football is more entertainment than sport these days, the number of football fans are on an exponential rise and even females are taking more active roles in the sport, both as players and fans.

Due to the complicated decisions that had to be reached in some football games, in terms on goal awarding, the goal-line technology was introduced to the sport. 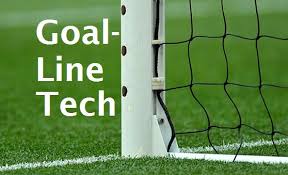 Goal-line technology is very reliable when it comes to deciding if a goal should be awarded or not, it was introduced to EPL in the year 2014 and the first player to score a goal that was awarded by the goal-line technology was at that time a player for club side Manchester City.

The man is no other person than the prolific striker Edin Dzeko, Dzeko is a phenomenal striker and great footballer, he is a citizen of Bosnian Herzegovina. He was awarded the first goal-line technology goal in EPL on January 18th, 2014. 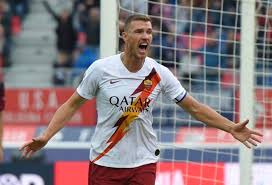 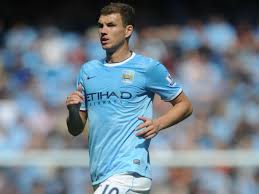 It was a match between his club Manchester City and Cardiff City, it must have been really nice to be honoured with a goal using the goal-line technology. Since then many other goals have been awarded with goal-line technology and many too have been disallowed. Before the technology was introduced into the premier league, all club managers had to come to this unanimous decision. Goal-line technology has helped in a lot of matches to award deserved goals and to disallow supposed goals.