The curious case of Lucas Torreria 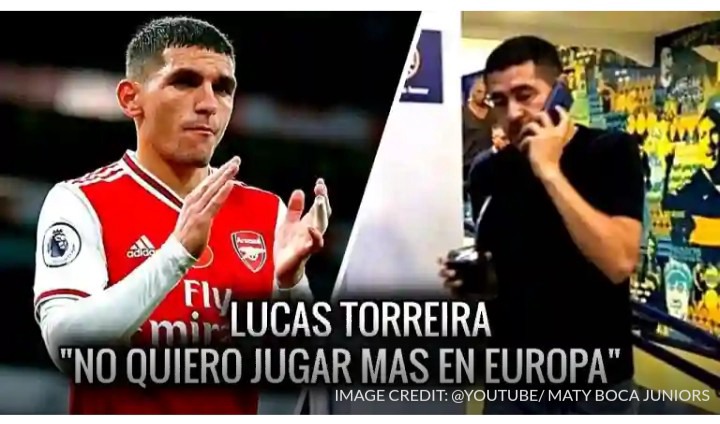 World football, today, is dominated by player power and there is nothing one can do to change this situation. A player’s psychological state, his concerns, and his demands are more often than not what matters and while some players do not abuse this power, there are several that take advantage of it.

For example- given how big a player Erling Haaland has become this season, his agent Mino Raiola and his father Angle-Ife-Haaland are demanding £20 million each for his impending transfer next season.

Jose Mourinho had an interesting take on the management of players in the modern era, the Portuguese said: “Frank Lampard at age 23, was a man. The players who are 23 today, are kids and I call them ‘boys‘, not ‘men‘.”

However, sometimes the case is such that a player is just not willing to stay at a club anymore due to his psychological state, and such is the case with Lucas Torreira. 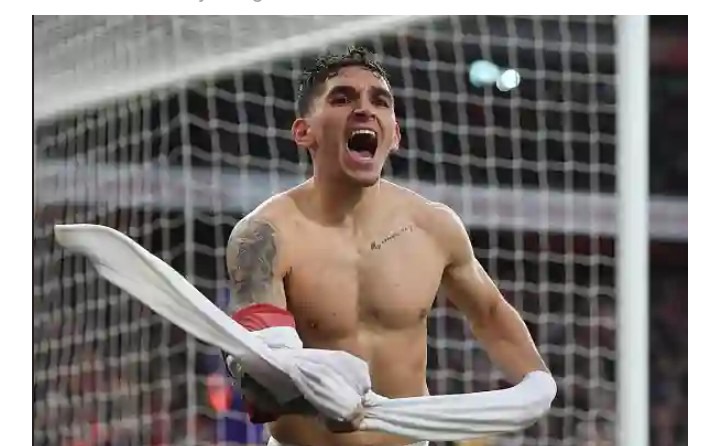 The Uruguayan who joined Arsenal in 2018, at the back of an excellent World cup campaign, had fallen out of favour with Mikel Arteta and was subsequently sent on loan to Atletico Madrid at the start of the current season. It is, however, important to note that before Arteta sent the player away on a loan move, Torreira was an important player for the club as he made 89 appearances over 2 years.

The 25-year-old, however, has not enjoyed a consistent campaign under Diego Simeone either as he has only featured for 453 minutes this season. A defensive midfielder by trade and somebody who is very dogged in defending counter-attacks, most critics thought that Lucas Torreira would be a perfect fit for Simeone. That has not been the case at all and now recent reports indicate that Lucas Torreira wants to move back to South America. 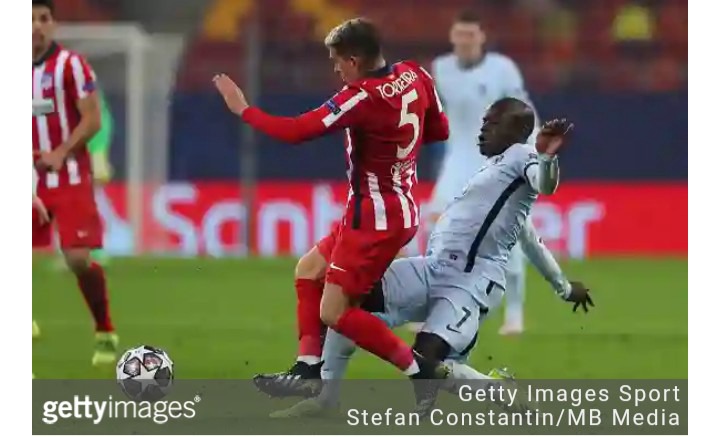 The Uruguayan recently lost his mother to the Covid-19 disease and the midfielder has been affected severely due to this. In a recent interview with ESPN, the 25-year-old stated that he wants to move closer to home. “My mother died from covid-19 at 53 years old,” he said. “There was an outbreak in Fray Bentos and she spent eleven days pushing and fighting but on Monday morning I received the worst call.”

Torreira also stated how understanding Diego Simeone was about the midfielder’s situation: “I asked for permission [to go to Argentina] from Atletico. Cholo understood everything and they gave me a week, but I asked to stay a little longer. On Sunday I’m probably travelling. I have to do my duty and life must continue. Atletico were very good to me and it’s important. 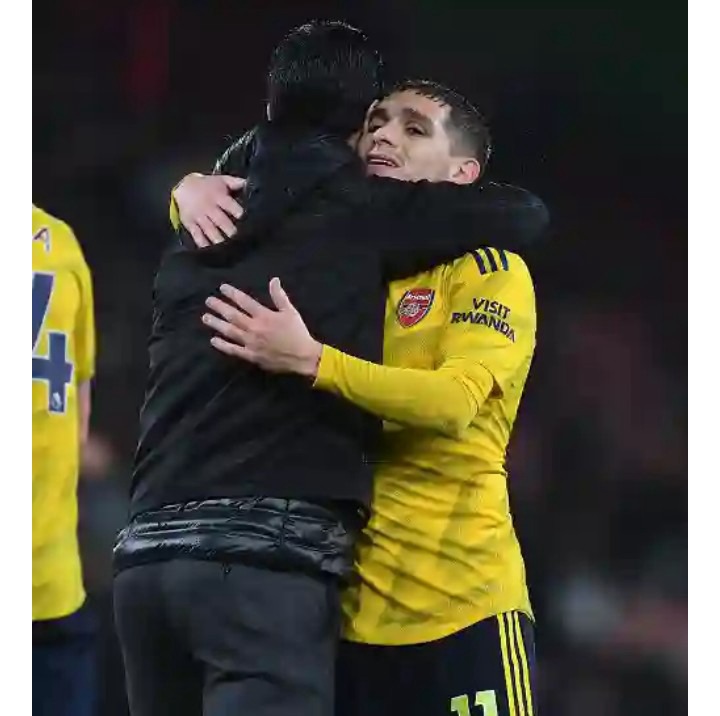 From the looks of it, Torreria’s mind is made up and his mother’s death has only intensified his feelings of moving away from Europe and Arsenal.

Mikel Arteta was recently asked about the midfielder’s situation (regarding his mother’s death his uncertain Arsenal career) and Arteta’s response made people believe that Arteta has some kind of a plan for the 25-year-old. “Of course we contacted him.

“I understand how he’s feeling emotionally. He probably feels the need and responsibility to be closer to his family. But it’s not the moment to make any decisions and it certainly is a decision that has to be made by different parties. Now, nothing is going to change. It’s just an interview with some comments. Let’s see what happens.

“We know that when you recruit a player from a foreign country when they have that struggle sometimes to adapt to a new culture, a new language, a new way of doing things. This risk is there and then you have to be able to manage that risk and make the right decisions at the right time.” 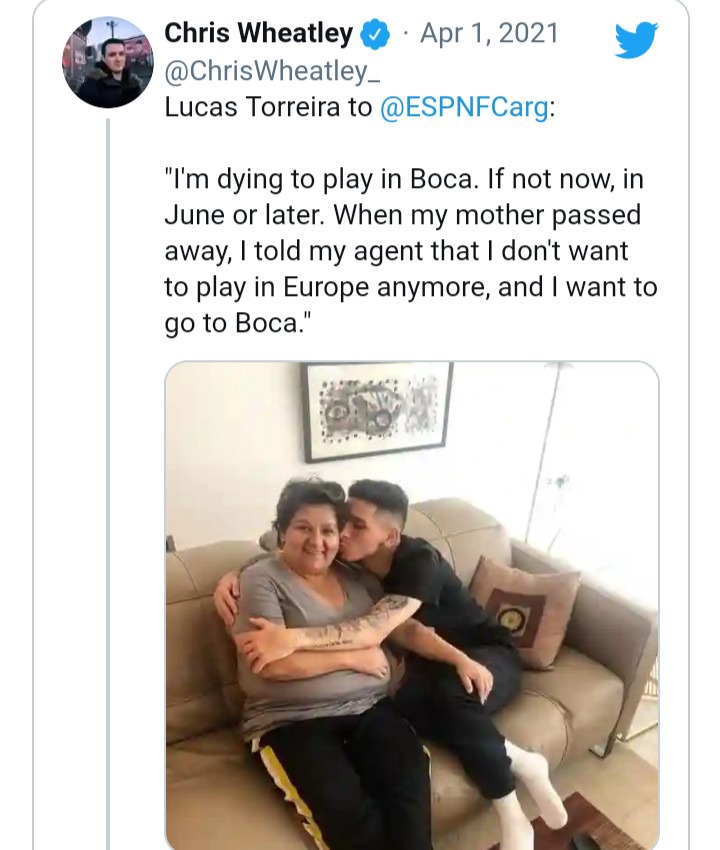 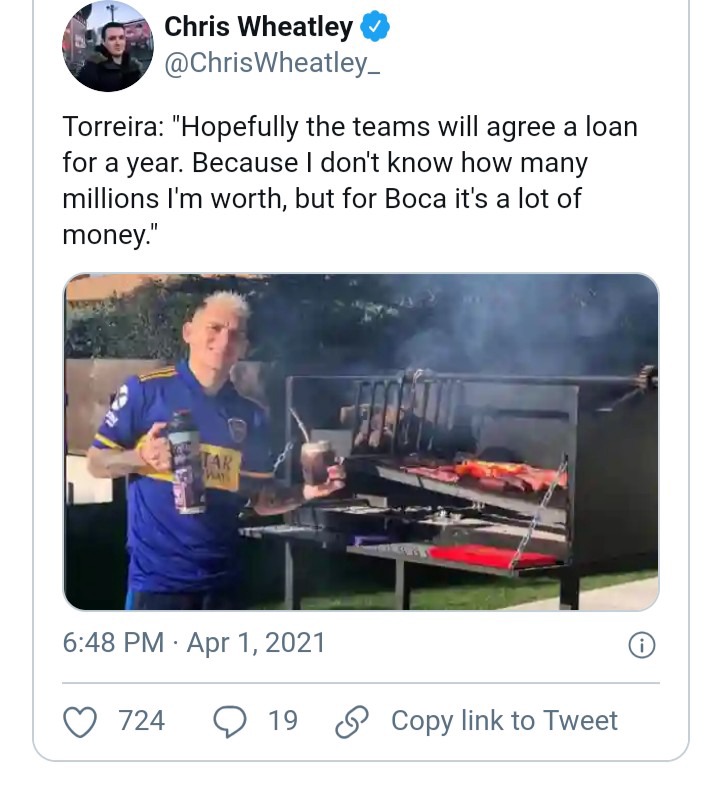 Arsenal in all honesty are hoping that Torreira signs a new contract before he departs on loan, as they are expecting to recover some part of the £26 million that they spent on him 2 years ago. However, it does not look like the Urguyuan’s decision will be swayed in any other direction now but if Arsenal were to offer a higher salary, things might look different but that situation is highly unlikely.

The smart decision would be to let the player go and get him off the books and free up reasonable amounts in wages as Arteta continues a re-build of Arsenal Football Club.