By Endocrine (self media writer) | 1 year ago 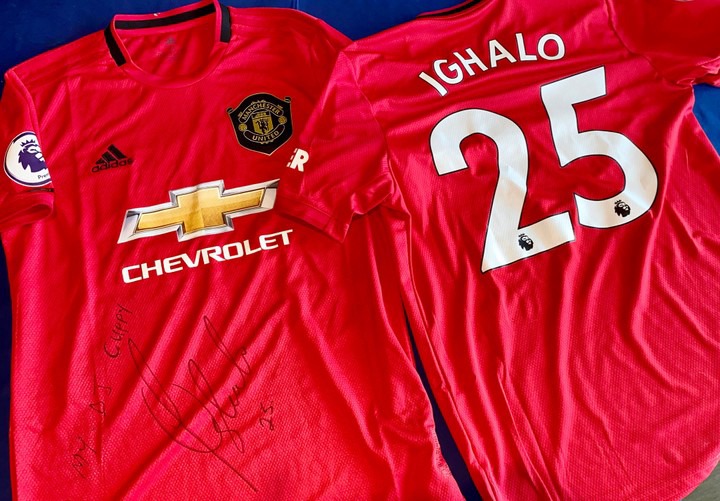 The Musician had recently announced that she's now a Manchester United supporter after quitting as Arsenal supporter due to the club's poor run of fun. Her announcement was welcome my Man U Twitter handle. It is reportedly believed that she joined the club after Ighalo's goal against Norwich.

Ighalo Jude has been on a fine run of form since joining the top premier league club from China. A move he has described as his childhood dream.

Announcing the gift, she wrote on her official Twitter handle

"Look what just arrived in time for tonight's game! @ighalojude

THANK YOU for the warm welcome to MAN U! 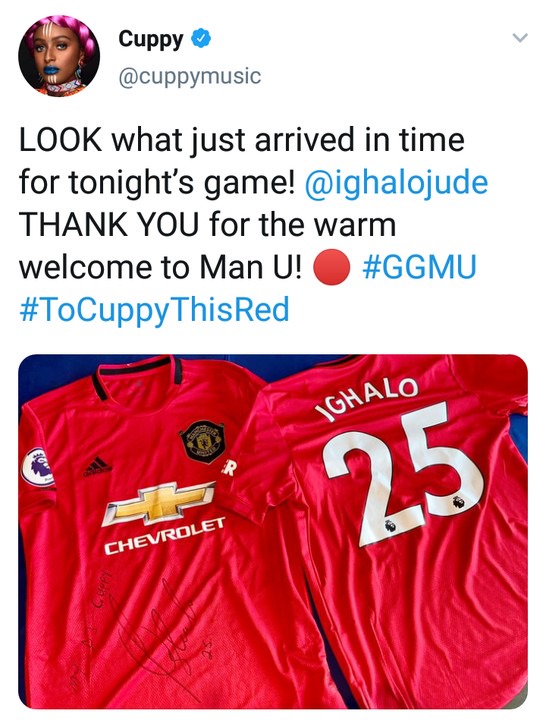 This is obviously the striker's own way of welcoming her to the club. But Interestingly, he had signed "my DJ Cuppy" on the Jersey.

Content created and supplied by: Endocrine (via Opera News )