By Gistvibeztv (self media writer) | 8 months ago 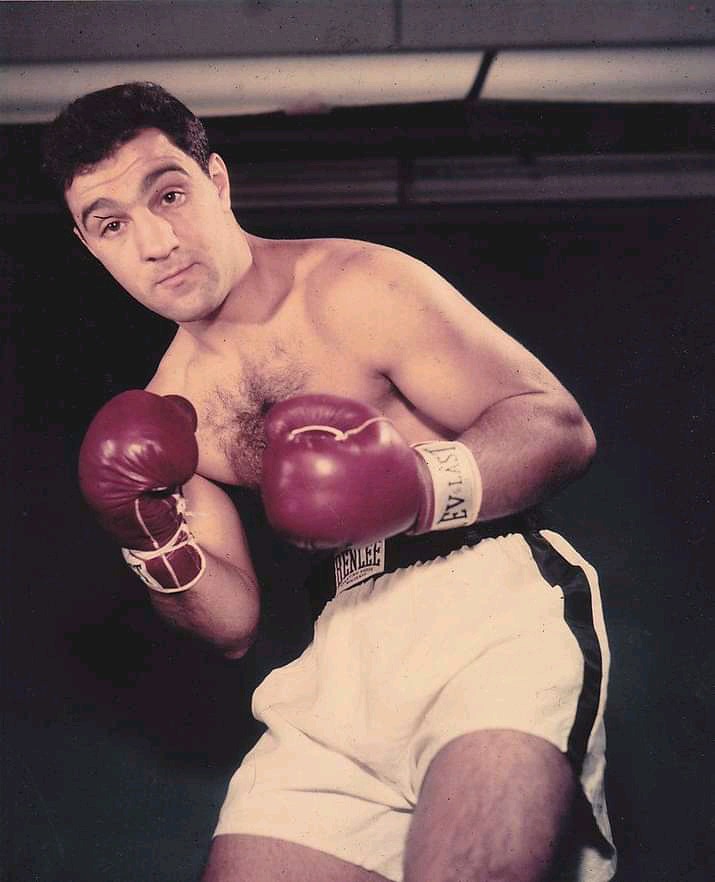 Renowned for his relentless fighting style, formidable punching power, stamina, and exceptionally durable chin, Marciano is considered as one of the greatest boxers of all time. 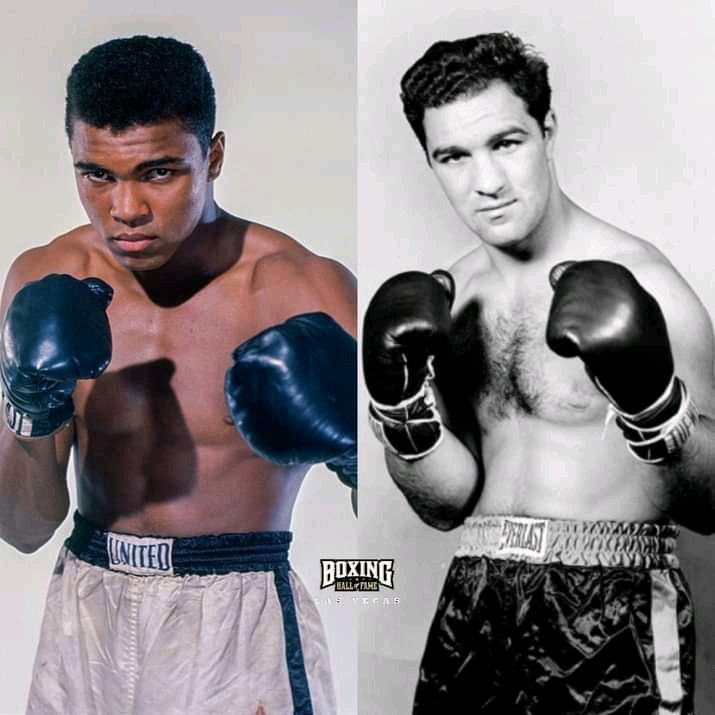 He is the only heavyweight champion to have finished his career undefeated. 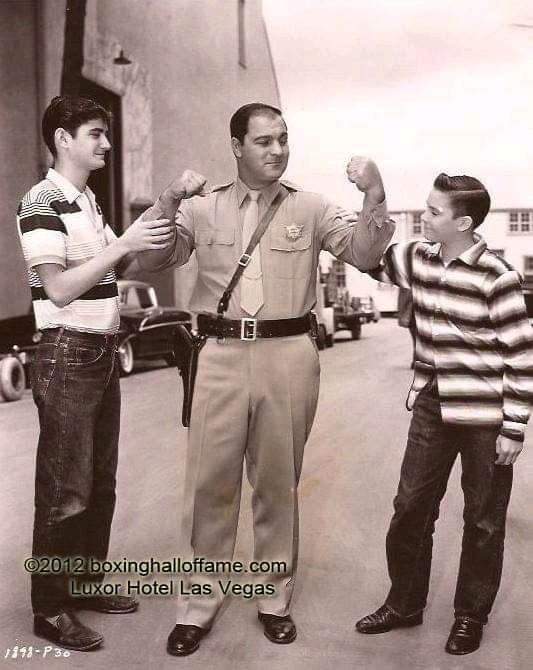 He died fifty two years ago in Newton, Iowa, United States at the age of 45. 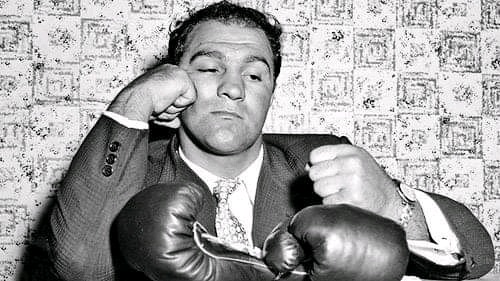 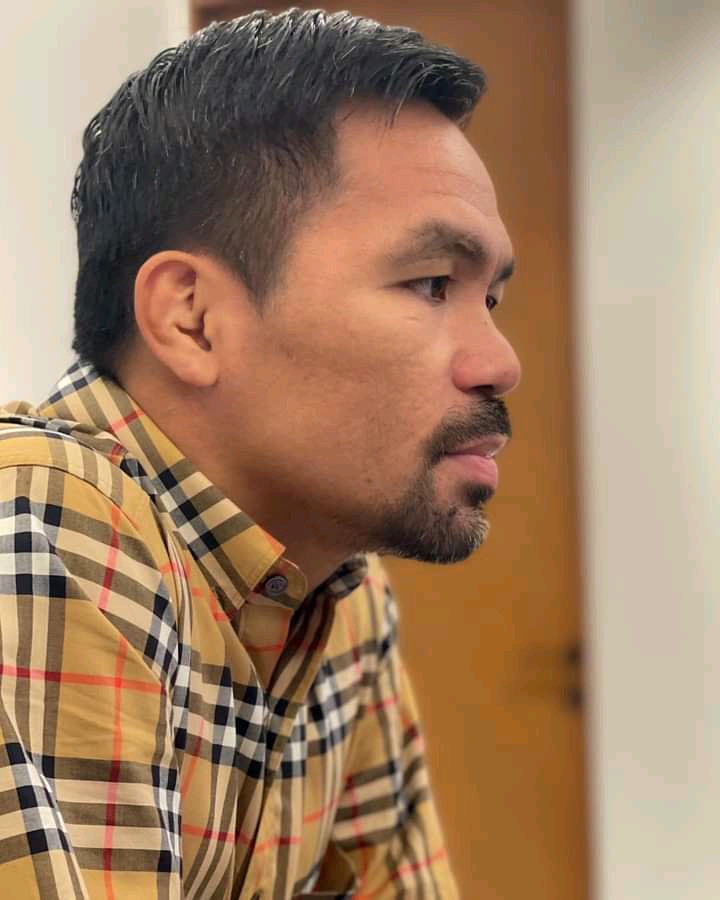 Nicknamed PacMan, he is regarded as one of the greatest professional boxers of all time. 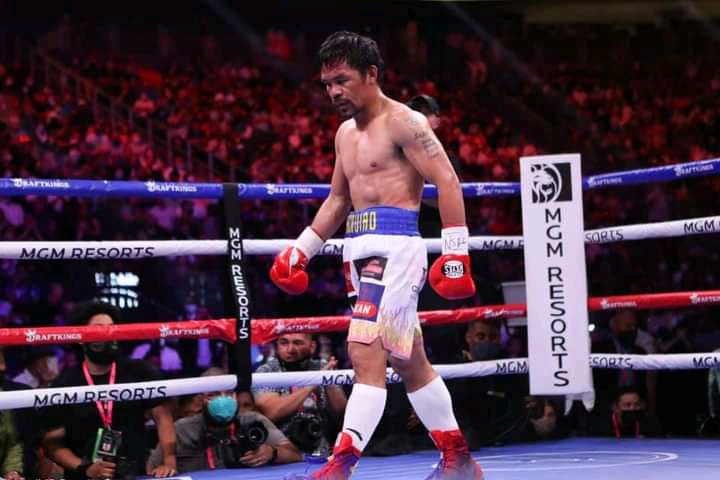 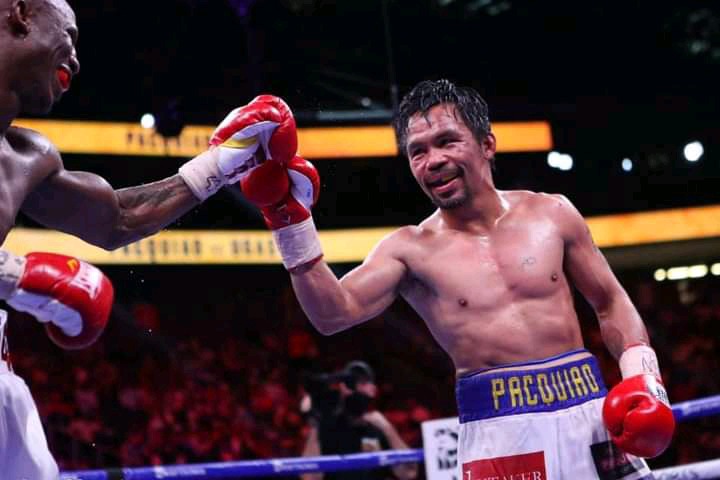 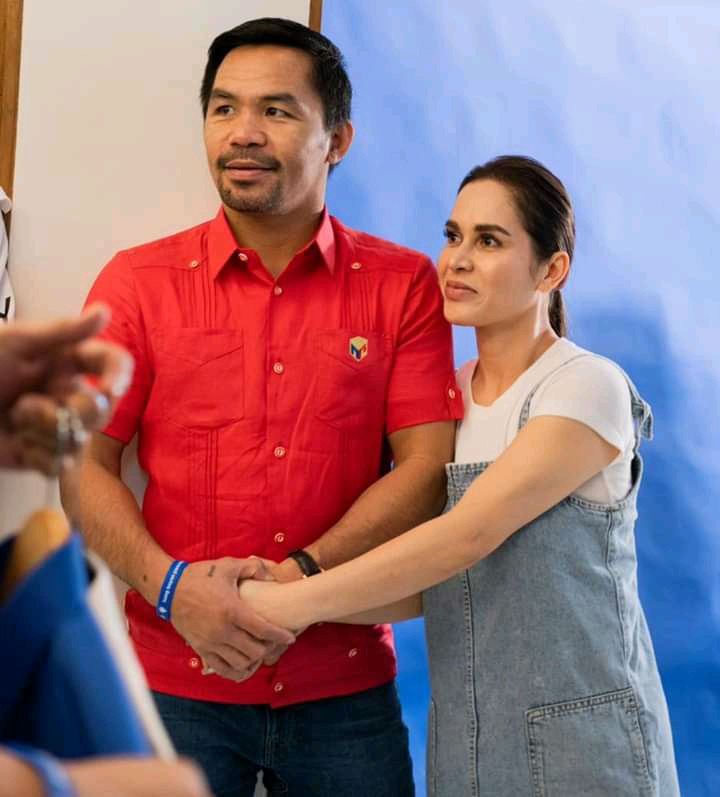 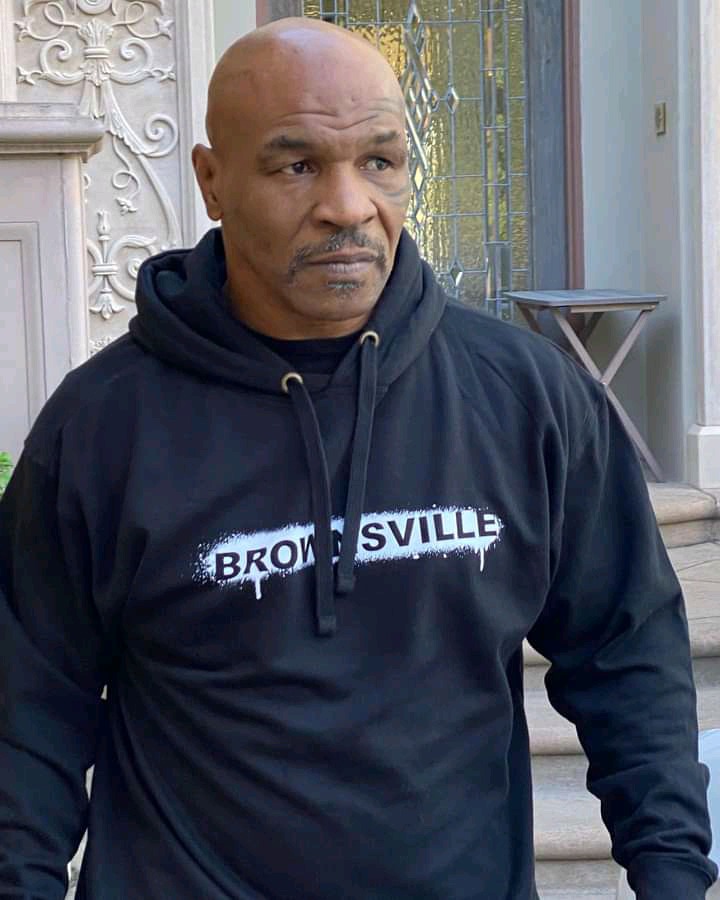 Nicknamed Iron Mike and The Baddest Man on the Planet, Tyson is widely regarded as one of the greatest boxers of all time. He reigned as the undefeated world heavyweight champion from 1987 to 1990. Tyson won his first 19 professional fights by knockout, 12 of them in the first round. Claiming his first belt at the age of 20 and 22, Tyson holds the record as the youngest boxer ever to win a heavyweight title. He was the first heavyweight boxer to consecutively hold the WBA, WBC and IBF titles. He has been inducted into the International Boxing Hall of Fame and the World Boxing Hall of Fame. 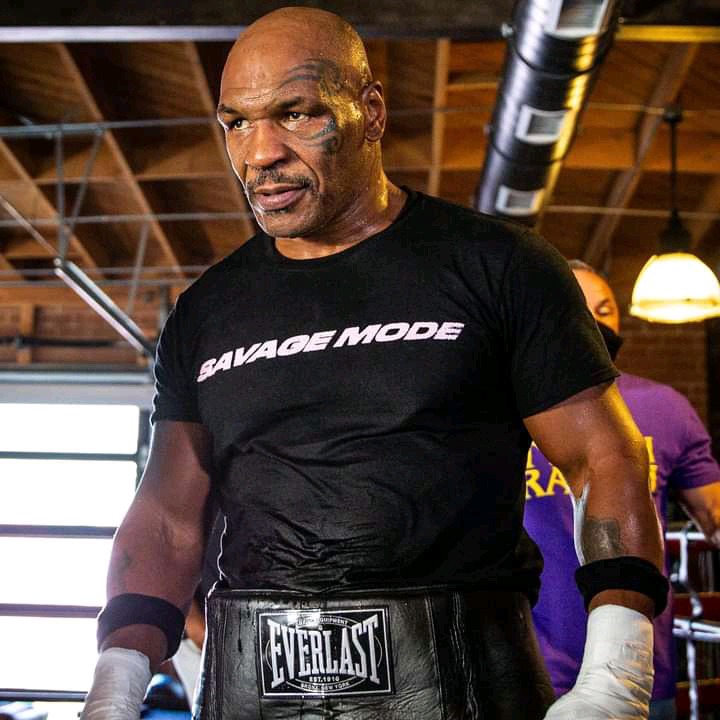 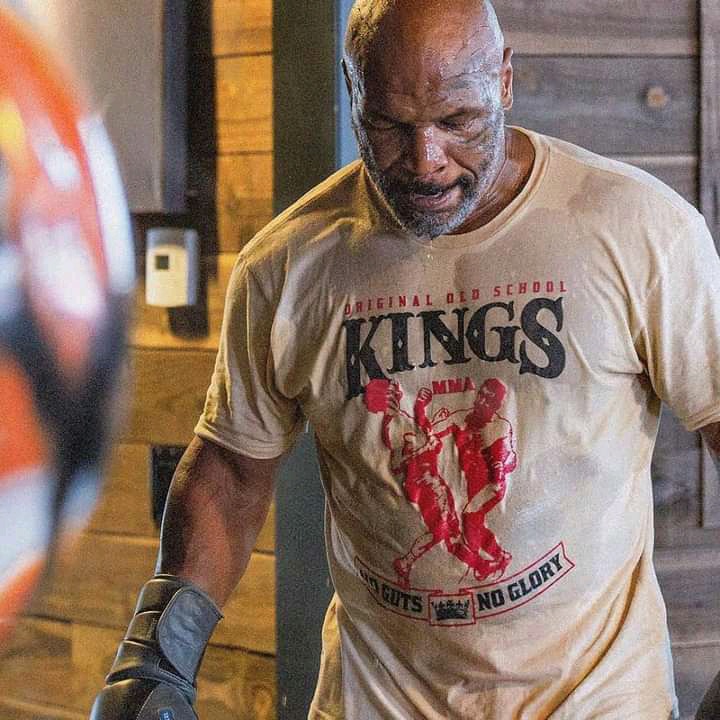 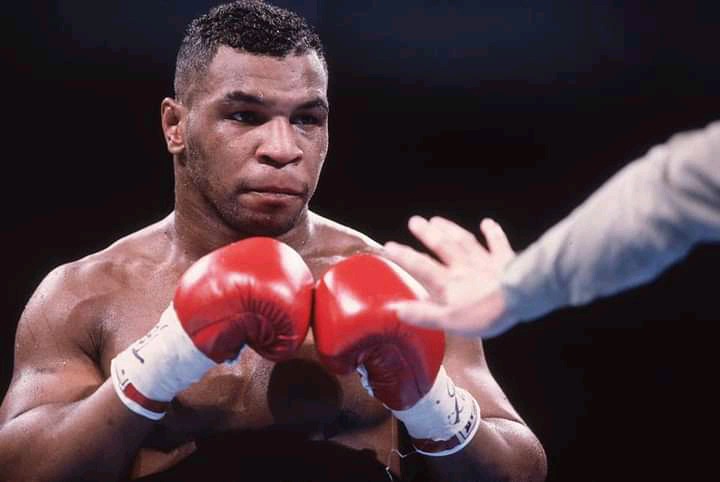 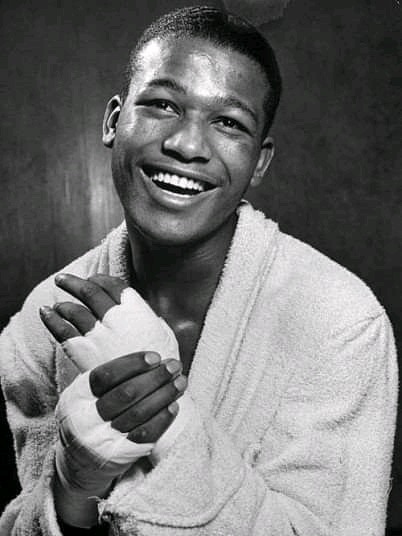 Robinson became a professional boxer eighty one years ago at the age of 19 and by 1951, he had a professional record with 84 knockouts. From 1943 to 1951 Robinson went on an unbeaten streak, the third-longest in professional boxing history. He held the world welterweight title from 1946 to 1951, and won the world middleweight title in the latter year. He retired sixty nine years ago only to come back two-and-a-half years later and regain the middleweight title in 1955. He then became the first boxer in history to win a divisional world championship five times. 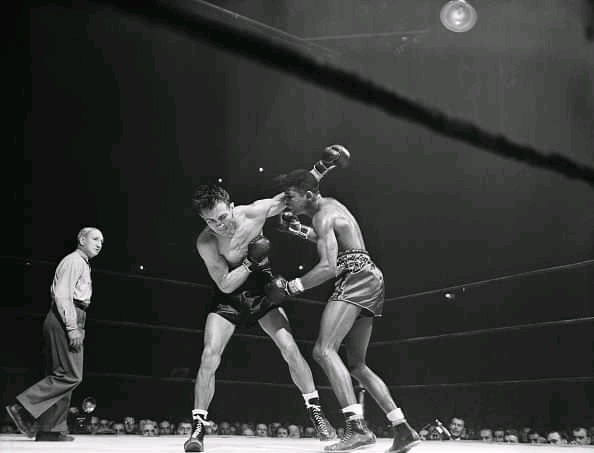 Widely regarded as one of the greatest boxers of all time, Robinson was inducted into the International Boxing Hall of Fame in 1990. Historian Bert Sugar ranked him as the greatest fighter of all time and in 2002, Robinson was also ranked number one on The Ring magazine's list of 80 Best Fighters of the Last 80 Years. 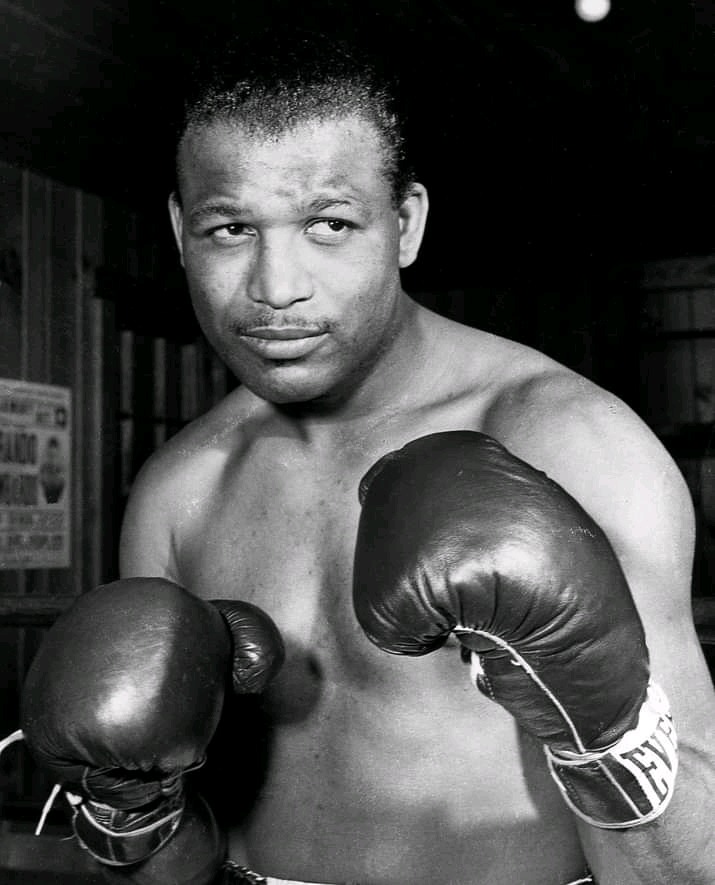 He died thirty two years ago in Los Angeles, California, United States, at the age of 67. 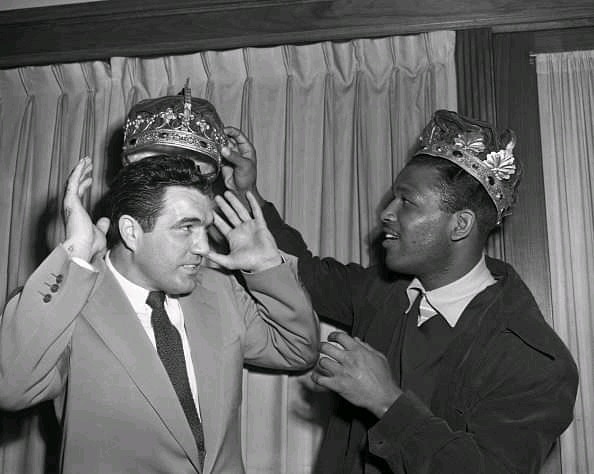 Muhammad Ali was an American professional boxer, activist, and philanthropist. 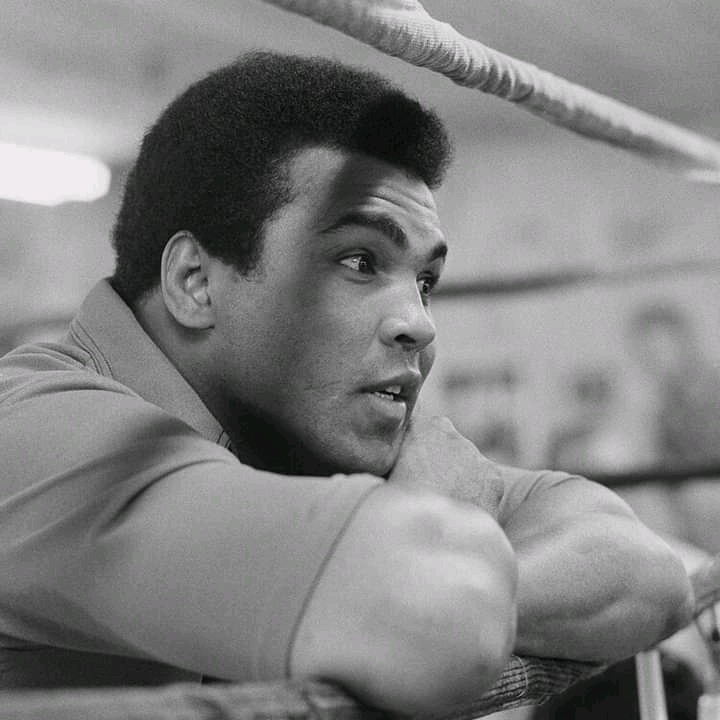 Nicknamed The Greatest, he is widely regarded as one of the most significant and celebrated sports and cultural figures of the 20th century. He is frequently ranked by many boxing commentators and experts as the greatest boxer of all time. 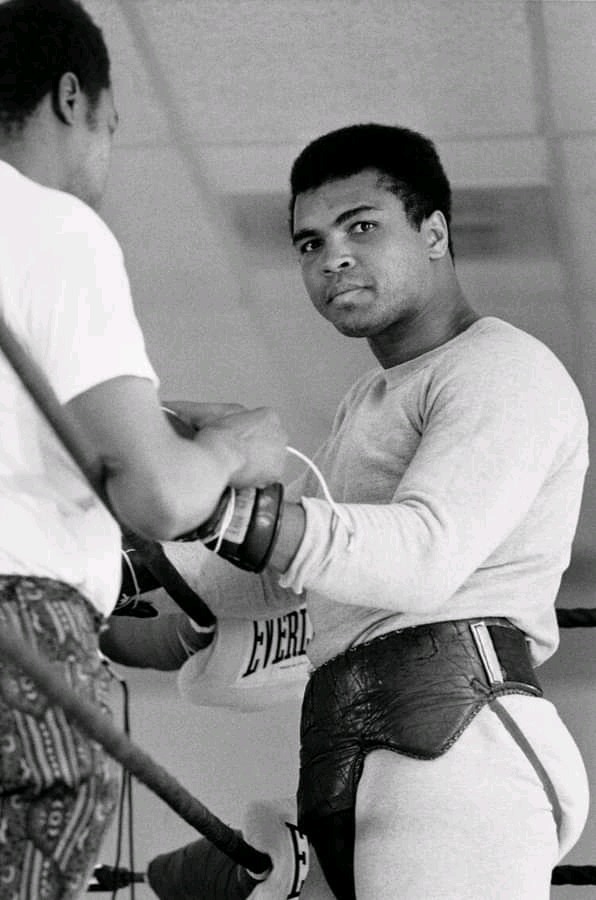 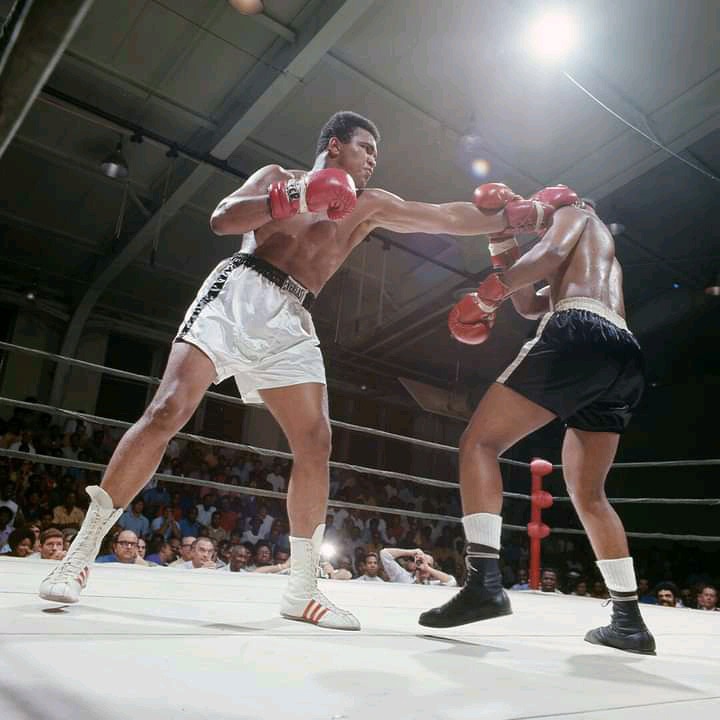 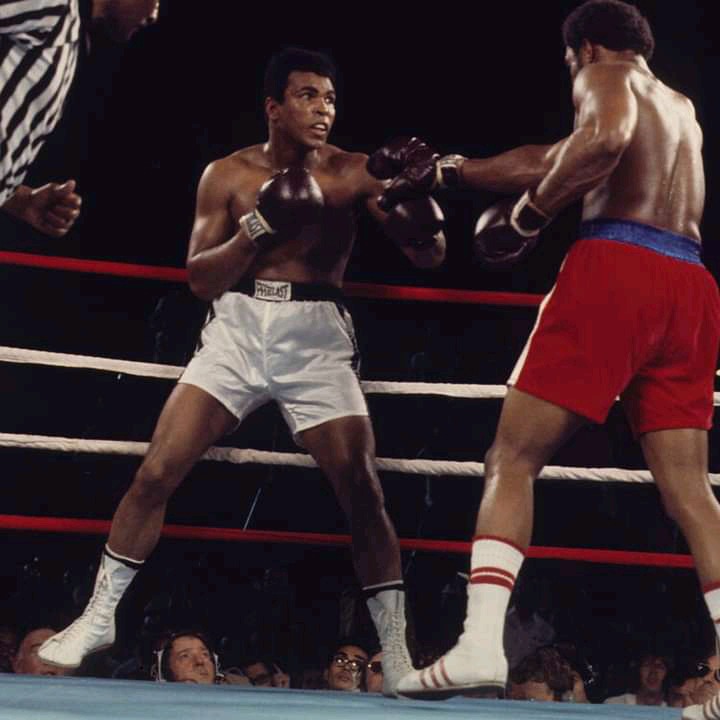 Ali was born and raised in Louisville, Kentucky, United States. He started training as an amateur boxer at age 12. At 18, he won a gold medal in the light heavyweight division at the 1960 Summer Olympics and turned professional later that year. He became a Muslim after 1961. Fifty seven years ago, he won the world heavyweight championship from Sonny Liston at the age of 22. On the same year, he announced that he no longer would be known as Cassius Clay but as Muhammad Ali. 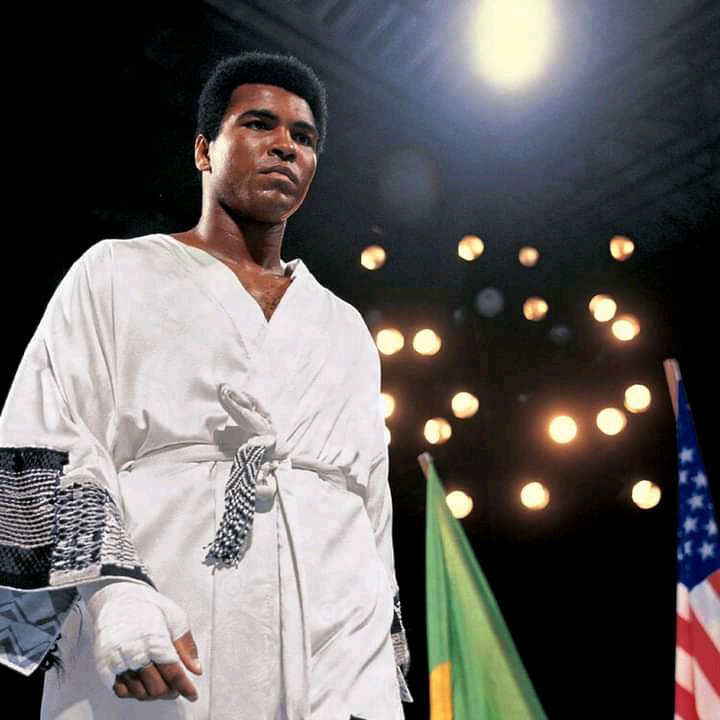 He was involved in several historic boxing matches and feuds, most notably his fight with George Foreman in The Rumble in the Jungle, which was watched by a record estimated television audience of 1 billion viewers worldwide, becoming the world's most-watched live television broadcast at the time. Ali thrived at a time when many boxers let their managers do the talking, and he was often provocative and outlandish. 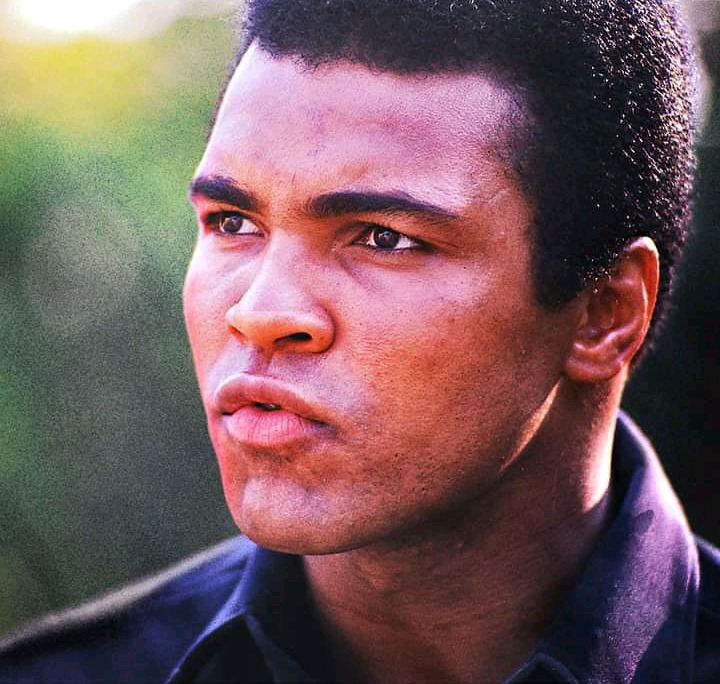 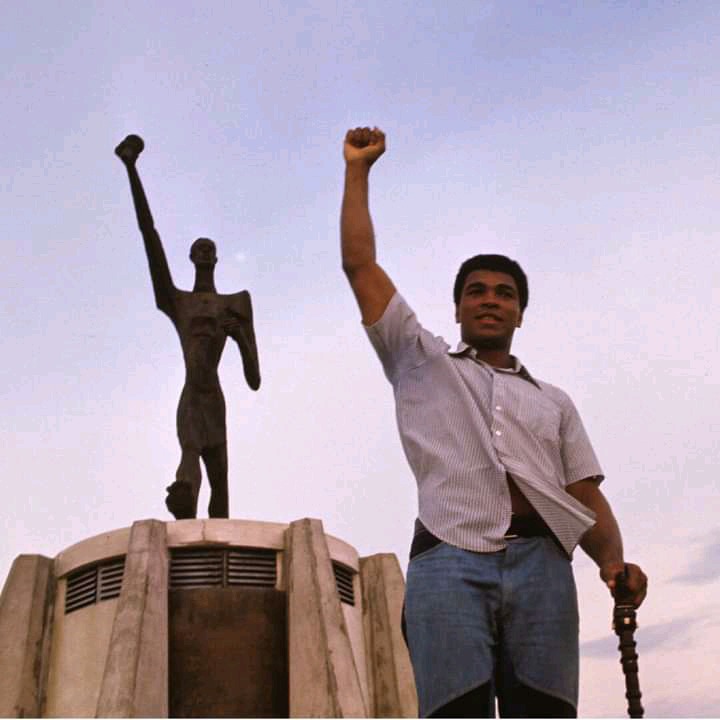 He has been ranked the greatest boxer of all time, and as the greatest sportsman of the 20th century by Sports Illustrated and the Sports Personality of the Century by the BBC. Ali retired from boxing forty years ago and focused on religion, philanthropy and activism. 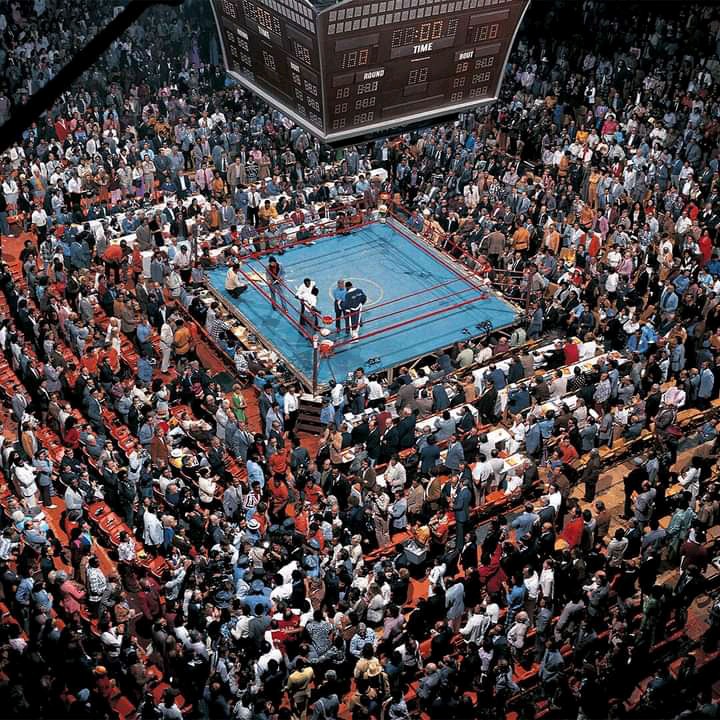 Ali died five years ago in Scottsdale, Arizona, United States, at the age of 74. 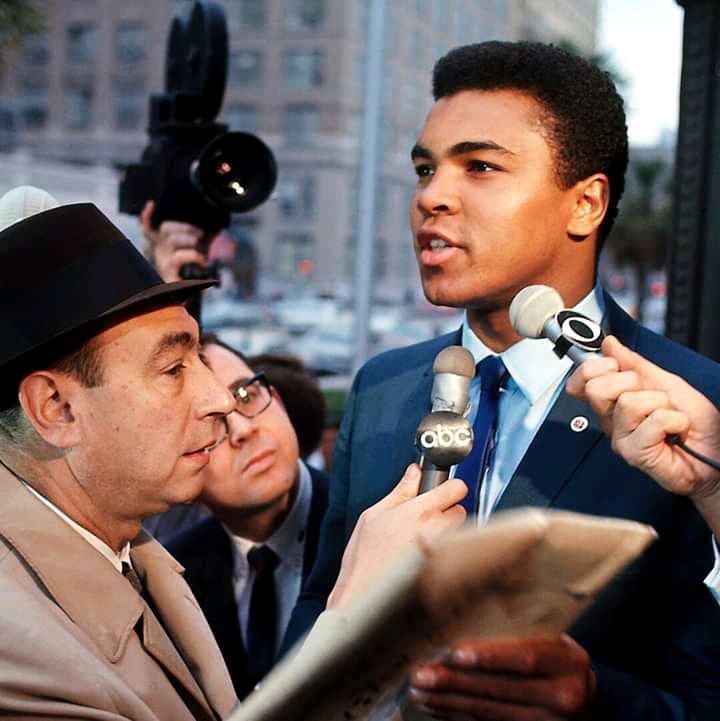