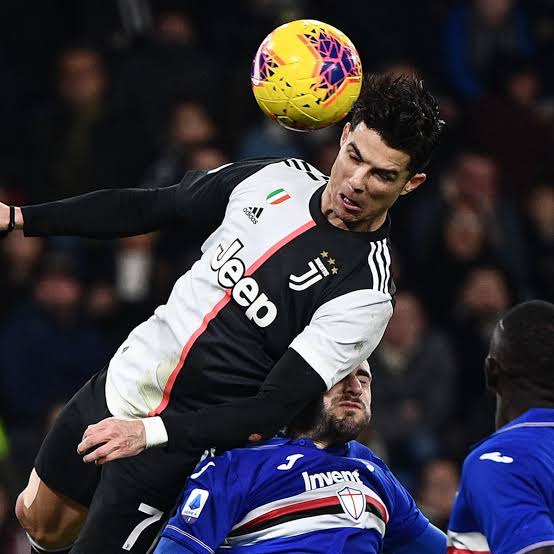 Headed goals are not easy, that is why most attackers go on a long spell without being able to convert a goal with the head. According to research, headings require three key skills: which are possessed by two deadly renowned attackers in Europe.

The ability to have a good timing, jumping reach, and coordination, are the three skills to be clinical when it comes to headed goals.

In the top 5 leagues, reports have it that three forwards stand out for their heading skills which are, Olivier Giroud (Chelsea), Pavoletti (Cagliari), Cristiano Ronaldo (Juventus) and Carrillo (Leganes).

Olivier Giroud is one of the world's deadly attackers in the air; he was acquired by Chelsea after slipping down the pecking order at London rivals, Arsenal. Many thought it was a wasteful addition, but the latter coach saw the needful in Giroud, after Arsenal opted to put their faith in the likes of Alexandre Lacazette and Pierre-Emerick Aubameyang. Now the Irony here is that Chelsea now stand to gain as they are in possession of the world's deadliest player in the air. Statistics confirms this, as it was reported by Goal (https://www.goal.com/en-ng/news/chelsea-star-giroud-tops-ronaldo-as-europes-aerial-king/rgn5wcxkplbx1x0sk524brp) that he tops Ronaldo when it comes to headed goals since the 2015/2016 season till 2018.

Back then, Giroud had 17 headed goals, while Ronaldo had 16. However, due to his infrequent playing time now, Ronaldo has surely overtaken him, but that doesn't stop him from delivering headed goals when the opportunity knocks.

In my opinion, statistically, if he plays the exact game time Ronaldo plays, he would surely better him in headed goals. 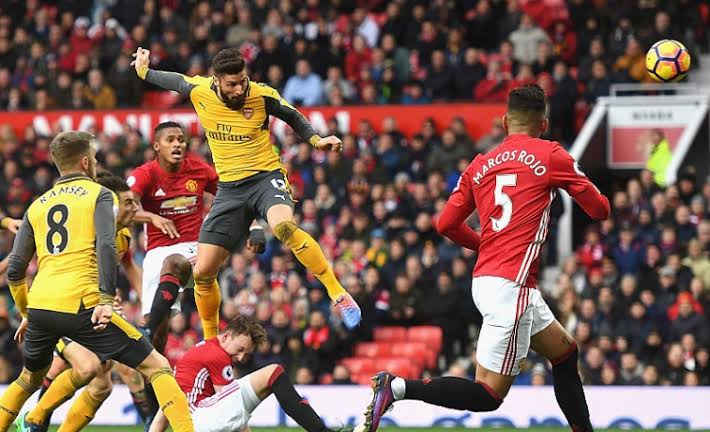 Further reports have it that since his premier league debut in August, that Giroud has scored more than 31 headed goals, which is more than any other player in that time. This shows how good and reliable he is in air. 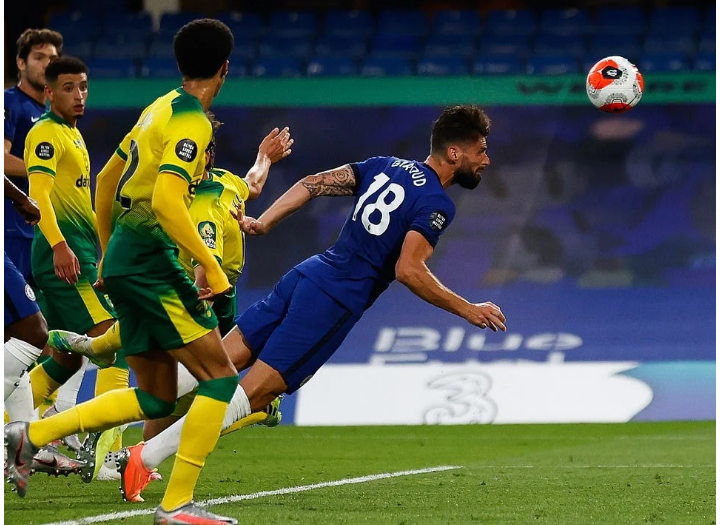 Olivier Giroud is as deadly as Cristiano Ronaldo in the air. His goal against Norwich City saved Chelsea's top four chances and also went further to prove how lethal he is. His headed goals last season gave Chelsea the Europa league title too, making it a profitable business with the Arsenal management who thought his time was up. Olivier Giroud ranks amongst the top four deadly attackers in the air, as he trails behind Cristiano Ronaldo who recently has been described as a human bird.

However, Oliver Giroud is not really clinical with his legs, but never you give him a chance in the air because he is lethal. This season would have been, maybe worst for Chelsea if not for the head of the French man, and Chelsea have no other to thank but Arsenal who decided to let him go to Chelsea. What a gift!

Was Arsenal right to let him go? Is Giroud underrated? Between him and Ronaldo who do you think is a better header? Let's hear from you.