By Castano (self media writer) | 12 days ago

The day all Barcelona fans are waiting for is fast approaching. The era of their new manager Xavi Hernandez will begin tomorrow when FC Barcelona welcome their city rivals Espanyol to the Camp Nou. 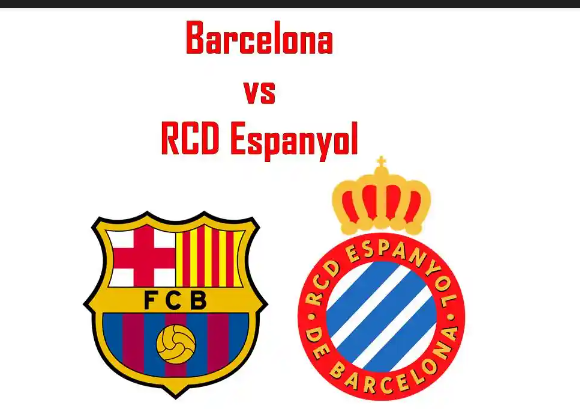 There was a wide range of excitement in the heart of so many Barcelona faithfuls when it was announced that their legend Xavi would be returning to Camp Nou, not as a player or as a spectator but as a manager.

The Barca legend has accepted one of the biggest and hardest managerial job of this season. He will be tasked with lifting a side that had lost their way under the guidance of Ronald Koeman back to the top.

The Catalan giants are currently sitting on ninth place in the La Liga standing but the level of optimism is high at the moment. There is a strong feeling that all that has gone wrong would be righted in no distant time.

Barcelona had a difficult start to the 2021-22 season under their former Dutch manager Ronald Koeman, winning just four of their opening 12 La Liga games and playing five draws.

To make things worst, the Blaugrana have now failed to win any of the last four league outings. Firstly, they lost in El Clasico against Real Madrid before recording a 1-0 defeat at the hands of newly-promoted side Rayo Vallecano, their defeat against Rayo was then followed by two dismal draws against Alaves and Celta Vigo.

With Koeman sacked, former Al Sadd boss Xavi has now been charged with bringing back the club's glory days, but how is he going to go about that? 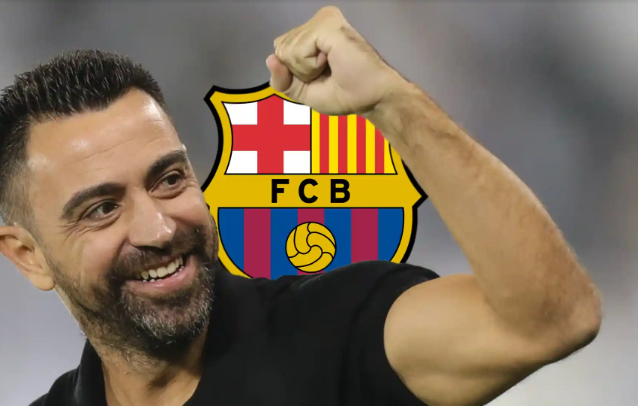 Xavi's first game as Barcelona manager would see him welcome newly-promoted side, Espanyol to Camp Nou.

Both Barcelona and Espanyol are level on point, with Xavi hoping to secure three more points against their rivals.

Xavi may not be having the start he expected, as he has to deal with many significant injury problems at the moment. Argentina striker Sergio Aguero, Ousmane Dembele, Ansu Fati and Martin Braithwaite are all sidelined through injury.

With all these players injured, let's take a look at the formation and players that Xavi would likely feature tomorrow.

I expect Xavi to start the games with his traditional 4-3-3 formation. He has experimented different formations at Al Sadd, but this formation would be ideal for him because of the kind of players he has at his disposal at Barcelona.

His style would be one that involves his players pressing high, hold possession as much as they can and attacking their opponent in a triangular shape, with quick one-two passes and fast movements.

Because Xavi loves to play high intensity attacking football, he might drop club's current captain Sergio Busquets and Gerrad Pique because of their age and their lack of speed and play younger and hungrier players.

This is what the lineup could look like tomorrow. 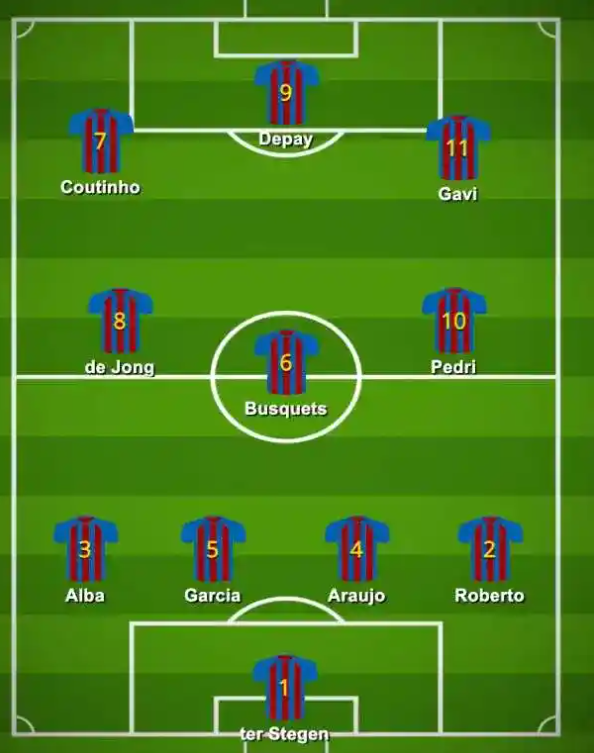 Netherlands star Frankie de Jong, Busquets and Pedri would complete the midfielder trio, while Jordi Alba, Eric Garcia, Araujo and Sergi Roberto would be the four players at the back, with Marc Andre Ter Stegen to stay in goal.

I hope Xavi gets a win tomorrow. For a legend who last played for the Blaugrana in 2015, and made about 505 appearances, spending 17 years at the club, a win is all he deserves on his return.

What do you think? Drop your views and opinions.