The UEFA Europa League Quarter final draw is set to hold around 1pm today and the 8 quarter-finalists would get to know their opponent in the next round of the Europe 2nd tier football.

In the round of 16, top teams like Arsenal and Tottenham Hotspurs lost in their 2nd leg encounter despite taking a massive 1st leg advantage over their opponent.

The Gunners were defeated 1 - 0 by Greek Champions Olympiakos at Emirates Stadium but they qualified 3 - 2 on aggregate score line.

The North London based club Tottenham Hotspurs were knocked out of the UEFA Europa League after loosing 3 - 2 on aggregate score line to Dynamo Zagreb.

Here are the 2nd leg results of the round of 16 encounter; 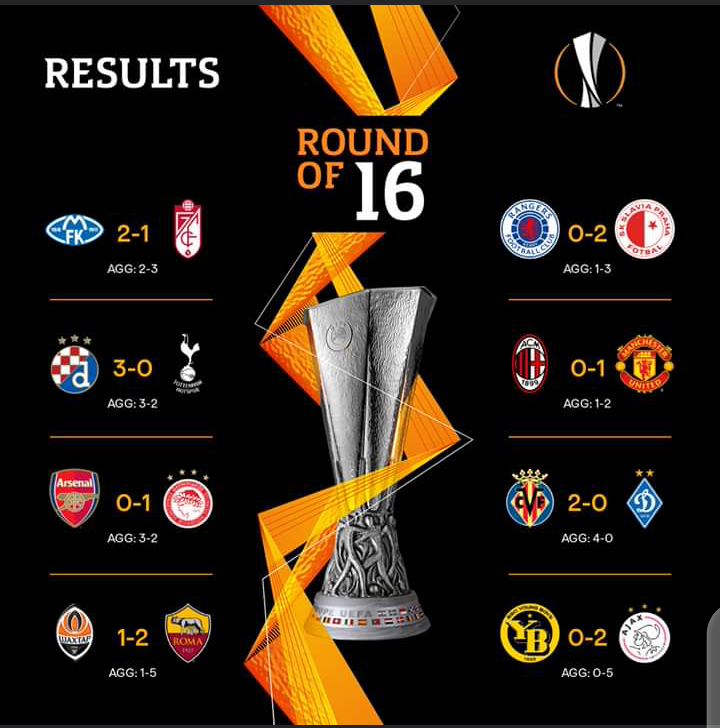 Here are the qualified teams for the UEFA Europa League; 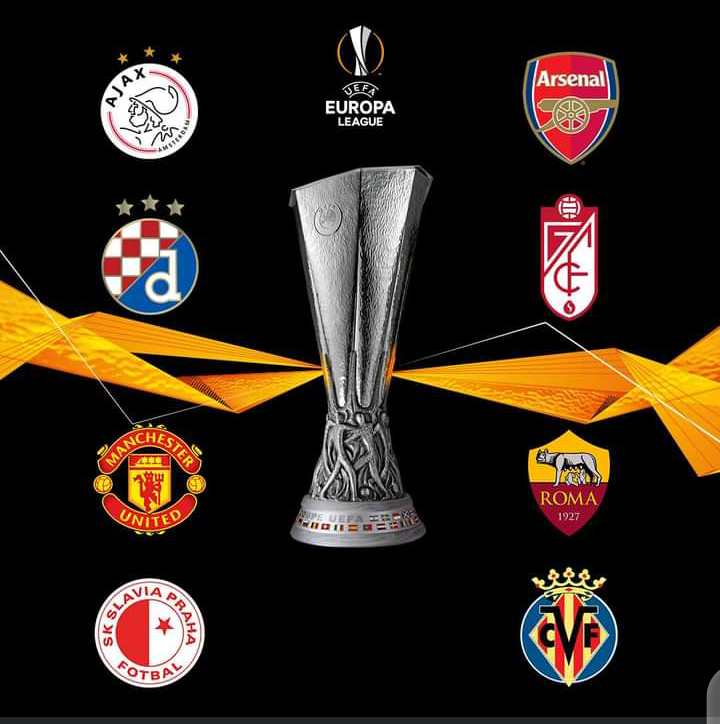 Here are the predicted Quarter final draws for the UEFA Europa League;

- Manchester United vs AS Roma