Peter Schmeichel had a pre-match routine of hurling his gloves into the Stretford End and sprinting down the tunnel. In the locker room, he'd put on his match gloves and, when he came out, he'd drop kick the ball towards goal. 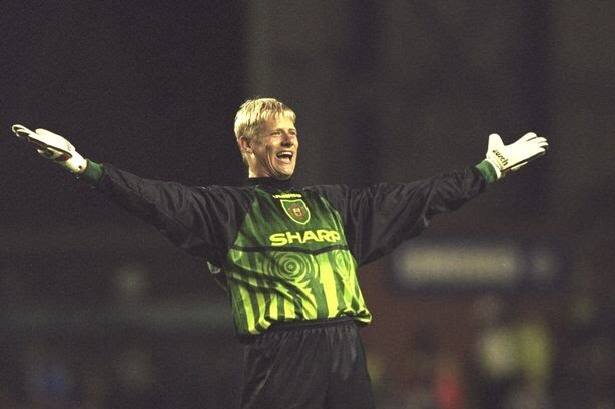 Schmeichel won the Premier League five times during his eight years with United in the 1990s, his granite hands left indentations in the FA Cup handles three times, and his apotheosis came as club captain in Barcelona with the European Cup - The Treble. The League Cup of 1992 is a meaningless footnote.

In the final Maine Road Derby in 2002, the bond between legend (a well-deserved position) was strained. There is video of Gary Neville blanking Schmeichel in the tunnel, but there is no video of Schmeichel cartwheeling in front of the Kippax Stand after Shaun Goater hoisted the ball over Fabien Barthez. There are few photographs of Schmeichel's festivities, only painful memory of them.

Some United supporters will never forgive or forget. Schmeichel's reaction to Cristiano Ronaldo's comeback was to tweet a jubilant photo of himself holding a bottle of champagne, and he was quickly reminded of his blue history. 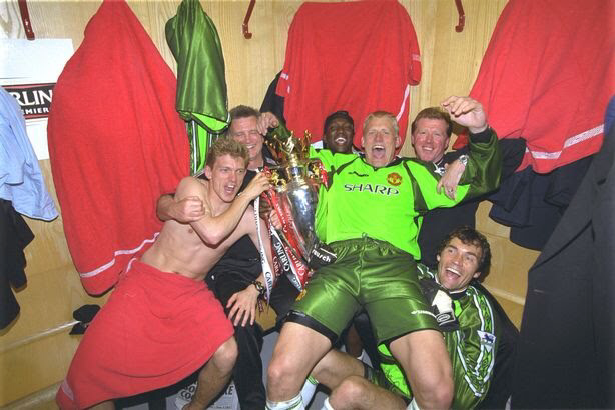 In his autobiography, One, Schmeichel gives a thorough and detailed account of his free transfer to City in 2002, claiming Sir Alex Ferguson's approval. Was this an opportunity to correct the record?

"No, not at all," Schmeichel told the Manchester Evening News, "I don't feel I have to defend myself or anything I've done." "There are a lot of things in the book that aren't in the book." All of the football information has to be included in the book, and it is. One thing you must be is honest if you want to convey your life story. I don't like reading about people that paint themselves in a specific light.