The 2021/22 season has confirmed Frank Onyeka's position as one of the most promising talents in Premier League football. His acquisition from Midtjyllland has proved a masterstroke from Brentford, reinforced by the central midfielder’s performances. 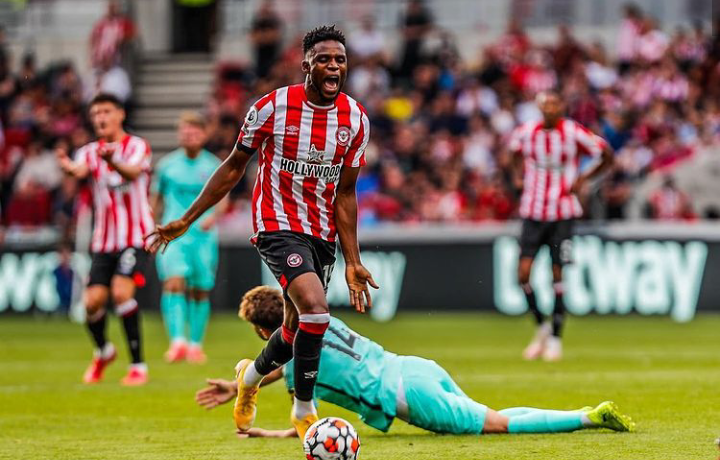 The 23-year-old central midfielder's name is one that has been echoed throughout Europe lately, with a lot of top clubs sniffing around the Bees. This player analysis will highlight Onyeka's strengths and look at aspects of his game where improvement is needed to make the step into the higher echelons of the European game. 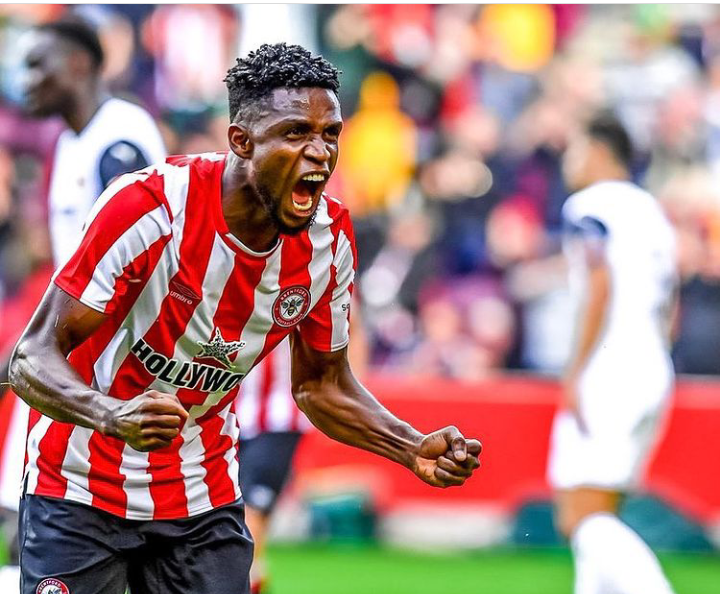 Onyeka's style of play heavily relies on his ability to spot half-spaces to perform his actions. These are the zones between the opposition full-backs and central defenders, which are difficult to defend because they are not assigned to one particular defensive player; which can create uncertainty. He is able to maximize these areas by utilizing his spatial awareness and the vision to quickly and aggressively play his way through the oppositions' lines. The player's understanding of his teammates' positioning and movement on the pitch allows him to make quick decisions and execute his passes in a swift manner. This helps him play more easily through compact defences.

One of the ways Onyeka breaks opposition lines is by his quick and direct forward passing. He can quickly risk-assess his passes and interpret the area around him, which allows him to be efficient while being forward-thinking. 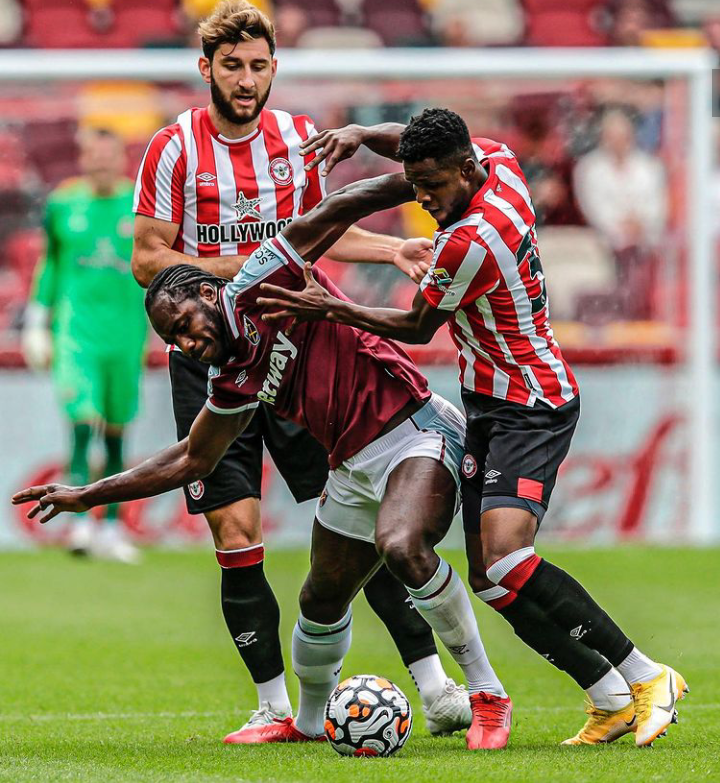 The quality of his pass execution technique helps him in finding his teammates in advanced areas, giving them time and space to turn and continue the offensive situation. His body positioning helps him with the speed of his execution. Receiving on the half-turn enables him to face opponents with one touch, with the next one being a pass into his teammates’ feet or in spaces higher up the pitch.

Due to his position, central midfield, he occupies a space where he is close to the action areas. His ability to interpret the space when Brentford have the ball allows him to adjust his position accordingly and move into areas where he can help his team progress more comfortably into advanced areas. His movements depend on where the opposition’s defensive block is; high up the pitch or deeper and closer to their own penalty area as well as in reference to the position of his teammates.

In building up the attack against teams who press higher up the pitch, he provides his team with passing options and a numerical superiority behind the ball. This gives him a bigger view of the pitch, allowing him the time and space to assess his passing options and play the ball safely through the first line of opposition pressure. Given he continues his development by maintaining his direct style of play in combination with improving his defensive understanding of the game, Frank Onyeka will be competing for elite individual and team trophies as he approaches the peak years of his career.