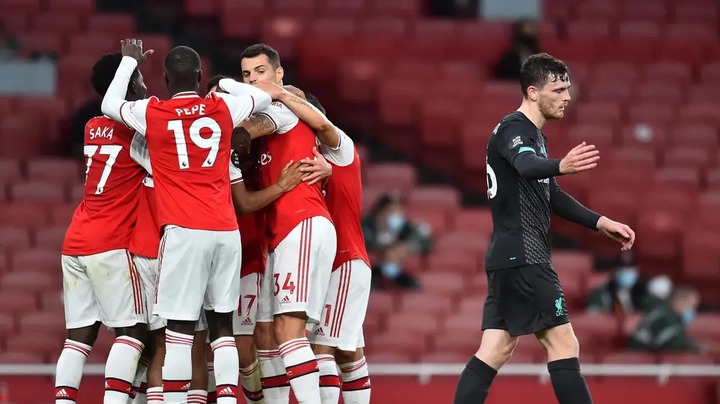 Former Super Eagles Player, Victor Ikpeba has taken a jibe on Liverpool FC for Failing to beat Arsenal in Yesterday's encounter at the Emirates.

Goals from Alexander Lacazette and Reiss Nelson were enough to complete a comeback aginst Liverpool who took an Early lead through Sadio Mane.

Although, Liverpool has been crowned the champions of England but were chasing a premier record of 100 points in a season which is currently held by Manchester city. The 2-1 defeat at the Emirates means the reds can no longer equal or break that record set in 2017/18 premier league season.

1996, Olympic gold medalist, Victor ikpeba took to his twitter handle to throw a soft troll on Liverpool, saying that the reds will have to wait for 3 decades before they can break city's record of 100 PL points in a season

"It will take Liverpool another 30 years to break Manchester City record of 100 points in a single season," Ikpeba wrote on Twitter

Only four clubs in Europe has recored 100 points a season and they are: Barcelona, Real Madrid, Juventus and Manchester City