BAR Vs RMA: Real Madrid El Clasico Record And How They could Line Up Against Barcelona.

It is surprising that Real Madrid, despite a glittering start to the new La Liga Campaign, are just two points further than Barcelona, who have started the season in a topsy turvy form. After five(5) straight wins in domestic and Continental league, the Los Blancos lost draw one and lost two of the past three matches before their 5-0 midweek away win over Shakhtar Donetsk in the Champions league. Sitting 2nd in La Liga after eight(8) league matches, Real Madrid will travel to Barcelona in the first El Clasico of this season. 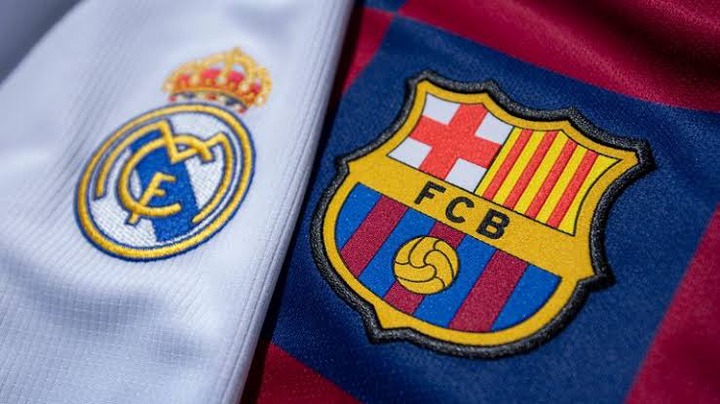 Ahead of the match at Camp Nou on Sunday, 03:15pm (GM +1), lets look at Real Madrid El Clasico Record against Barcelona and how Ancelloti could line up his team against the Blaugranes.

The first El Clasico between Real Madrid and Barcelona was in Camp Nou on the 17th February 1929. Real Madrid defeated Barcelona by 2-1, after Rafael Morera López of Real Madrid scored the first historical El Clasico goal in the 10th-minute and another one in the 55th-miinute of the second half. Manuel Parera Penella scored Barcelona's only goal.

Since that first El Clasico, both teams have met 91-times at Camp Nou and same number at Santiago Bernabeu, with Real Madrid winning 75 times in all the fixtures that include 20 wins at Camp Nou. The last time Real Madrid won at Camp Nou was in the first El Clasico of of the 2020/2021 season, when goals from Federico Velverde, Sergio Ramos and Luka Modric cancelled Ansu Fati's 8th-minute goal that gave the Los Blancos a comprehensive 3-1 win.

How Carlo Ancelloti Could Line Up His Team Against The Blaugranes.

As published on Real Madrid official site, below is the likely squad to face the Catalans on Sunday. 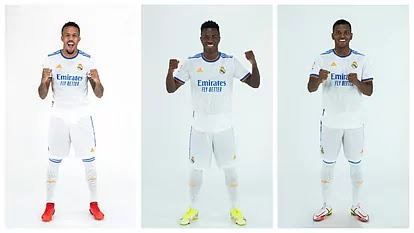 Carlo Ancelloti should opt for a 4-2-1-3 formation, with Courtois likely to start between the goal post.

In a back four set up, the central defence partnership of David Alaba and Eder Militao is likely to continue, with Nacho Fernandes likely to start to on right side defence, while the returning Marcelo should start on the left side.

In the midfield three, Casemiro to start in the deep Midfield and is likely to be partnered by Toni Kroos and Federico Velverde or Luka Modric.

Upfront, Karim Benzema should be joined by Asensio and Rodrygo. 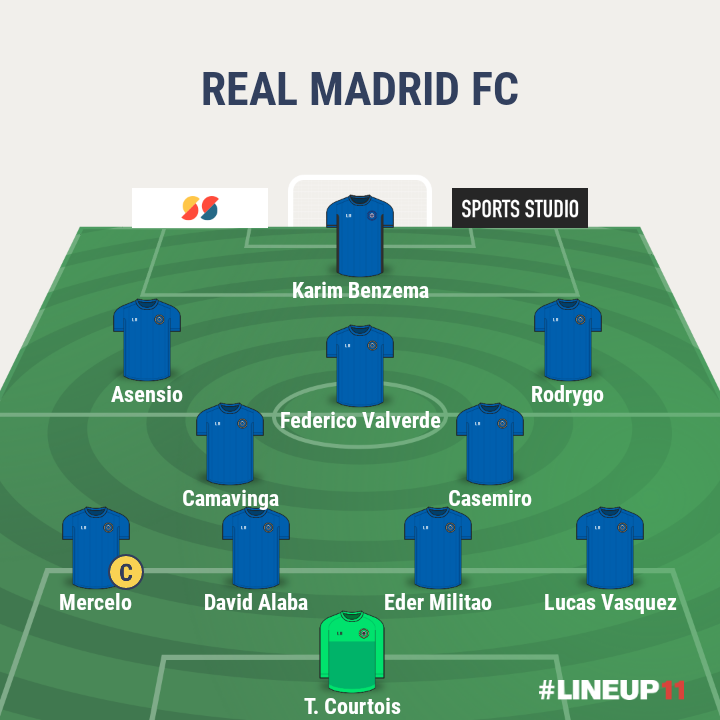