Vince McMahon's company released a string of superstars earlier today and some of the departures were too much for wrestling fans to handle. The release of popular names like Billie Kay and Samoa Joe left fans fuming and several wrestling personalities reacted to the same as well. 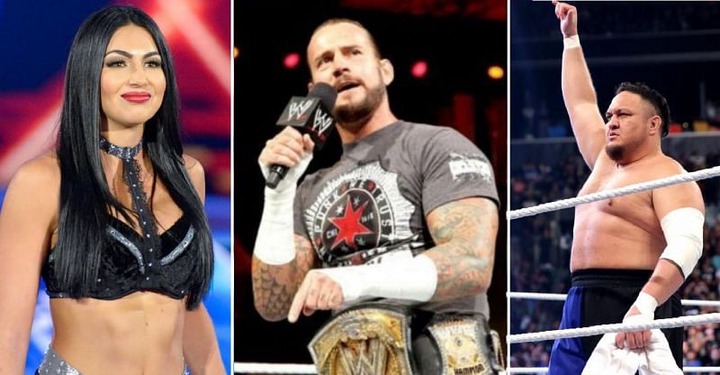 Former WWE Champion CM Punk occasionally tweets about WWE and tonight wasn't any different. He reacted to Samoa Joe's release earlier today and has now posted another sad tweet seemingly reacting to all the departures from WWE.

Punk simply wrote 'pain' in his tweet as can be seen below:

His character back in 2011 became a huge hit among the WWE Universe as the Straight Edge Superstar used to regularly slam the company on live TV for not utilizing some of its talented wrestlers.CM Punk was once one of the biggest stars in WWE and was getting loud reactions every week.

He dubbed himself "The Voice of the Voiceless" at the time and fans were behind him like never before.

CM Punk left WWE in 2014 due to being unhappy with how the company handled his character. he hasn't appeared on WWE TV ever since then but many fans still hold out hope that he will make a return somewhere down the line.

The latest WWE releases hit fans hard and CM Punk was one of many wrestling personalities who weren't happy with a bunch of stars losing their jobs in one go.

Here are the names of the superstars who were let go earlier today:

What do you think? Which WWE release angered you the most and where do you see them wrestling soon? Share your thoughts below in the comment section!