Mendy is here to stay

By DeraSoft (self media writer) | 2 years ago 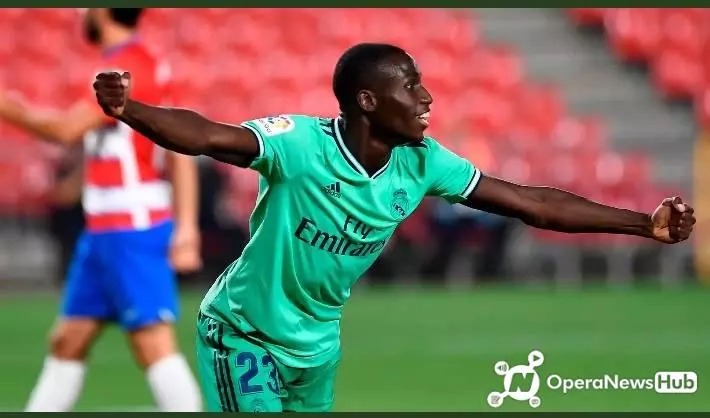 The French player joined Real Madrid this season, a lot of people questioned the rationale behind the move considering, Madrid had no shortage of left backs at the club.

Both Marcelo and Reguilon were doing great and were not to blame as everyone had a bad season prior to this one.

But Mendy was purchased and Reguilon loaned out to Sevilla. Since Mendy's arrival, he has been criticized for not been as good as Carlos or Marcelo offensively in a Madrid shirt. In truth both Brazilians were arguably the best at they position during their prime, and while Marcelo is rightfully a Real Madrid legend already, Mendy is now the preferred starter, in simple words, it's Mendy's time now. Marcelo for all his grace and glory is already is his thirties, normally the age footballers retire, especially on field players, and while nobody denies his quality as he can still put in quiet the performance, like in the game against Barcelona at home this season, he went toe to toe with Messi and won their race, of which, had he lost, Messi is almost certainly beating Courtois, the way he celebrated that moment of the match sums up his willingness to die for the Madrid shirt, Los Bloncos may never see his type again.

However, it is the Frenchman that owns the left back right now, and should he continue down this path, he will own it for a very long time, while Marcelo offers offensive prowess, evident in even the fact that he scored in a champion league final, and he alongside Ronaldo were beautiful to watch as they destroyed defences, sadly, all things pass away, Ronaldo is long gone and he though at the club has a worthy successor also.

Mendy offers the kind of security at the back that Madrid have lack for 32years, granted that defending is now everyone's business with Ronaldo gone, and it is hard to get pass Casemiro, Ramos, Varane and Carvajah, however with Marcelo always is the other half of the pitch, Ramos is always left exposed. Mendy covers that, to the extent that Ramos now often joins the attack, in the match against Villarreal, he was so high up the pitch that he even won a penalty himself in open play, this is very uncommon for a centre back, that was only possible because Mendy covers that space.

While is it true Mendy is not even close to Marcelo in attack, with Madrid winning the league with 68 goals, this is uncommon, Madrid is used to scoring eighty something to over a hundred per season, but with Ronaldo gone and Marcelo on the bench, Madrid can't rely on Benzema to do that. however, what Madrid have now is a balance team, with the best defense in over thirty years and the best defense in Spain this season, even better than Atletico Madrid, Madrid only conceded 23goals, while ATM. conceded 26goals.

Mendy is among the reasons why, and he is developing offensively as well, links up well with Vini, Rodrygo, Hazard or anyone for that matter, a quick reminder he and Vini were the ones the carve out space against a disciplined Atl. Madrid defense, for Benzema to pounce and his goal against Granada was from a tight angle and in theory shouldn't have gone in. Mendy will develop even more, which is great for Madrid considering he is still under 25years of age. It is not debatable that he now owns the left back position.