Manchester United were in the premier league race at the beginning of this season after thrashing Leeds United 5-1 in their first premier league match of the season. Bruno fernandes scored a Hat-trick in the match and Paul Pogba also registered 4 assists.

The Red devils were later held to a draw by Southampton but later emerged victorious during their clash with Wolves and Newcastle.

Manchester United poor form began in the Carabao Cup after they were eliminated out of the competition by West Ham. The Red devils defeated West Ham 2-1 in the premier league but West Ham made a comeback by eliminating the Red devils out of the EFL Cups.

Aston Villa also defeated Manchester United in the premier league and the Red devils regained back their form defeating Villareal 2-1 in the UEFA Champions league.

Manchester United later defeated Atalanta 3-2 in the UEFA Champions league only to suffer another humiliating defeat in their following match. Liverpool defeated Manchester United 5-0 with the Red devils conceding 4 goals in the first half. 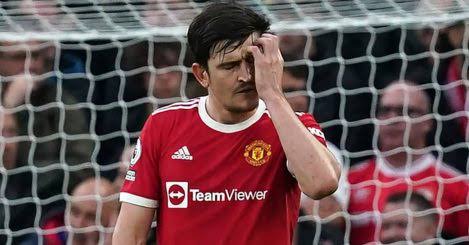 Mohamed Salah hits Hat-trick with Naby Keita and Diego Jota both in the scoresheet. Cristiano Ronaldo managed to score a consolation goal for the Red devils but it was ruled out by the VAR. 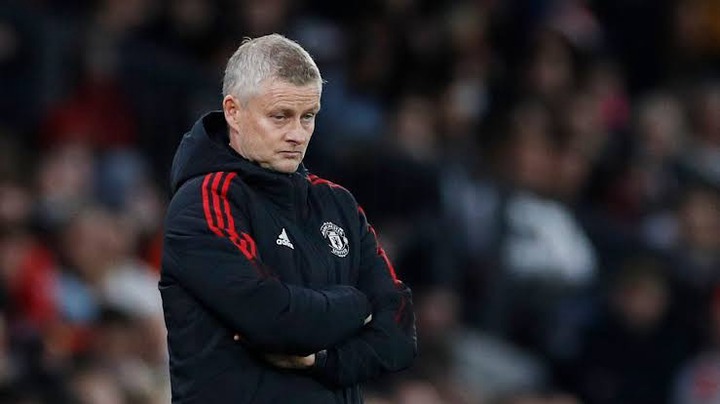 Ole Gunner Solskjaer is under a lot of pressure at Manchester United following his humiliating defeats in the premier league.

Solskjaer has spent a lot of money on the transfer market since he joined the club as a Manager but he's yet to win his first title with the Red devils. 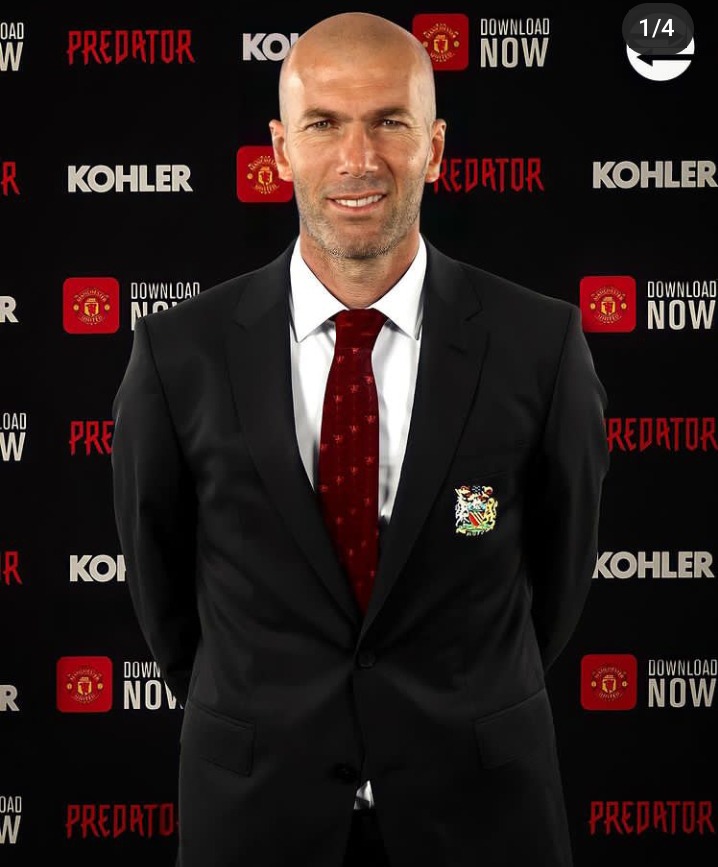 It's possible for Manchester United to sack Ole Gunner Solskjaer and Zinedine Zidane may be the perfect replacement for him.

In my opinion, Zidane can get Manchester United back to their winning ways following his impressive performance at Real madrid before his departure from the club. 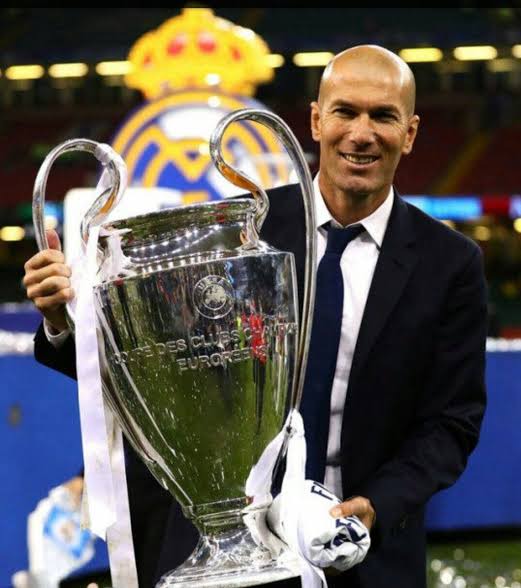 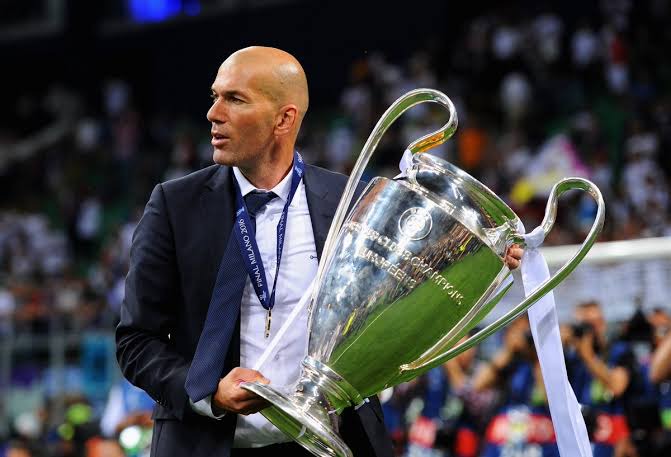 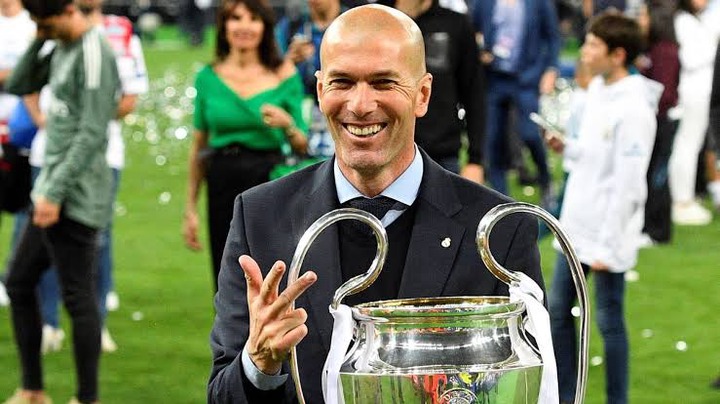 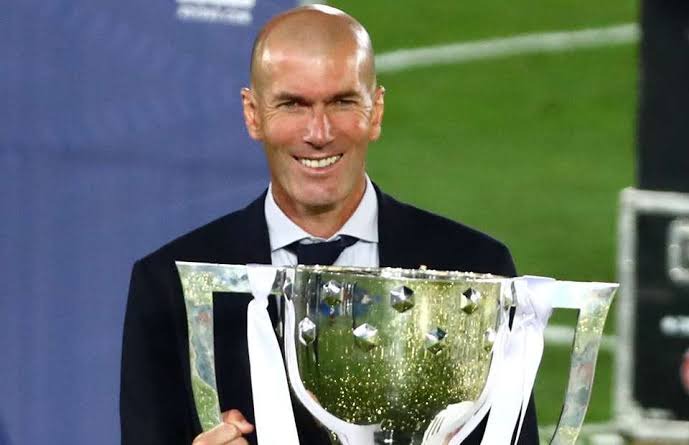 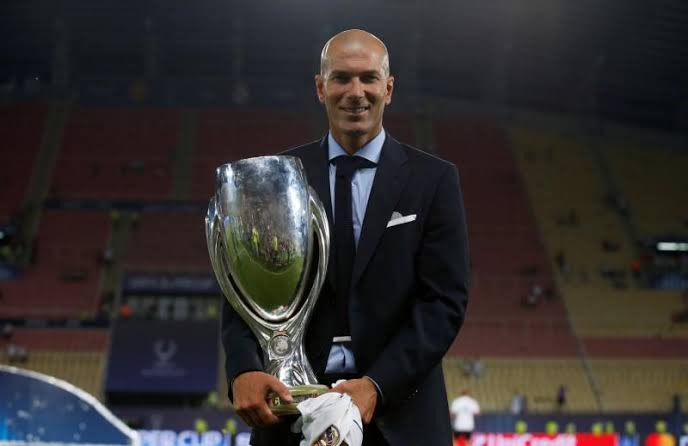 Zidane is the only manager in football history to win three UEFA Champions league titles in a row. Zinedine Zidane won a total number of 11 titles with Real Madrid as a Manager.

 Cristiano Ronaldo and Raphael Varane played for Real madrid during the era of Zinedine Zidane. The two players were among the Real Madrid squad that won three UEFA Champions league titles in a row.