By SportExtra (self media writer) | 7 months ago

According to Target, Arsenal is expected to increase their interest in Ajax goalkeeper Andre Onana following the recent CAS ruling. 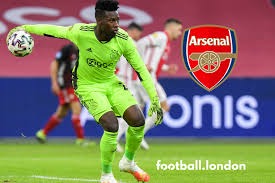 The 25-year-old was Ajax first-choice shot-stopper until February, when he was injured. This was due to a 12-month suspension imposed after the player inadvertently ingested a prohibited drug.

Arsenal has been interested in signing Onana since January, according to Goal, but financial issues have prevented them from making a move. The north Londoners, on the other hand, have been in contact with the player's representatives and are awaiting the outcome of his suspension from the Court of Arbitration for Sport (CAS).

The keeper's suspension has been reduced to nine months by CAS, which means the Cameroonian will be able to practice from the first week of September and play from the third week of November. 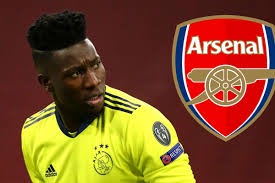 Following the CAS decision, talks between the Emirates club and Ajax are expected to pick up speed in the coming days, according to the source. A fee of about £7 million will be sufficient to persuade the Dutch club.