By Opeyeminews (self media writer) | 19 days ago 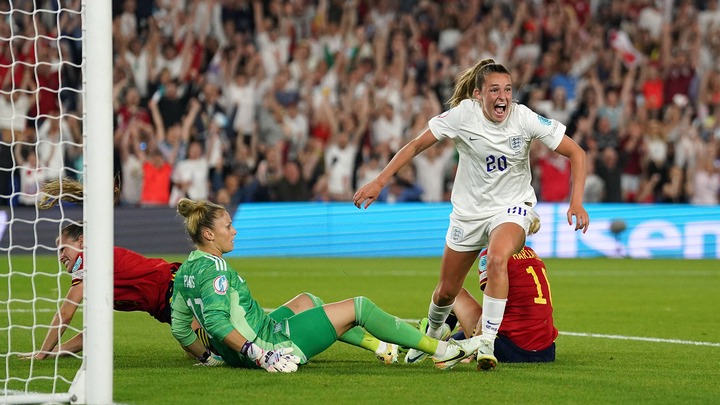 Manchester United football club star Ella Ann Toone was exceptional for the Lionesses of England on Wednesday night, as she came from the bench to score a classic goal in their 2-1 comeback victory over Spain Women national team in the ongoing UEFA Euro. 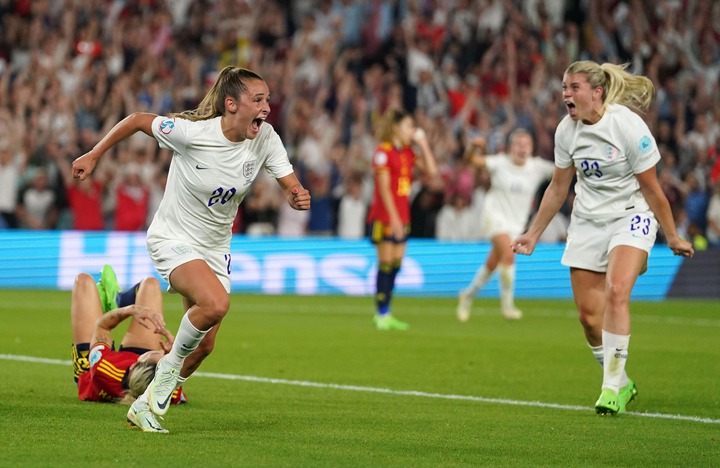 The 22 years old was dropped to the bench by her coach, and she was able to play a vital role in her team's remarkable victory over their opponent in the entertaining encounter. 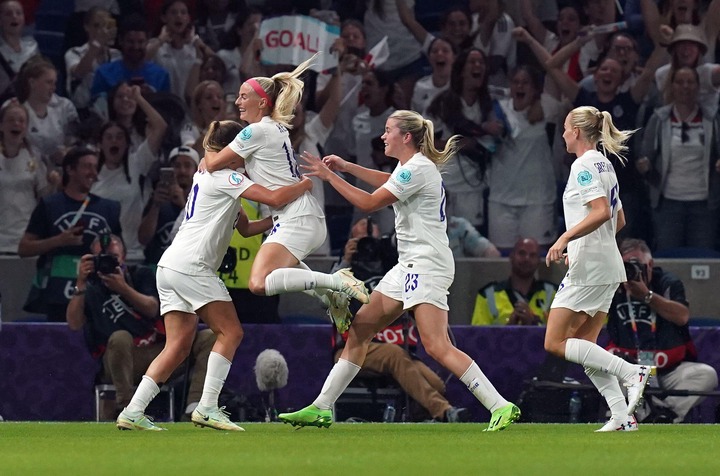 Spain national team took the lead through Esther Gonzalez Rodriguez in the 54th minute and substitute Ella Ann Toone equalized for England in the 84th minute, before Bayern Munich star Georgia Stanway scored the winning goal for England in the 96th minute to end the match 2-1. 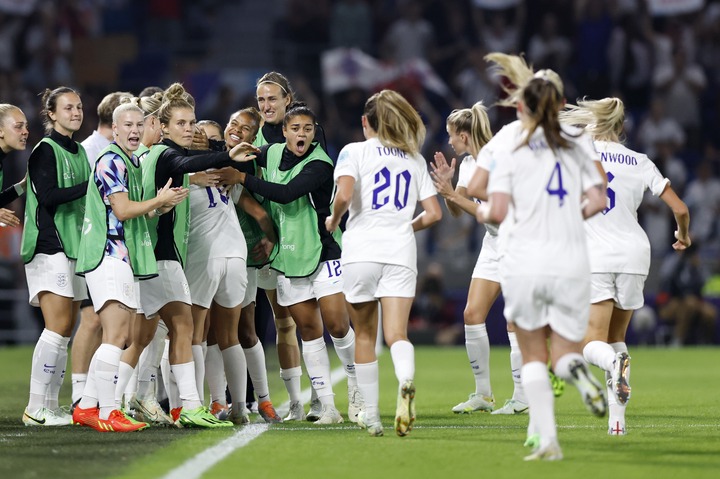 Ella Ann Toone was fantastic after being introduced to the pitch in the second half of the game, and she was able to mark her brilliant display with a goal.

The victory over Spain Women national team has now taken the Lionesses to the semi-final of the ongoing UEFA Women Euro.