By Austineooj (self media writer) | 1 month ago 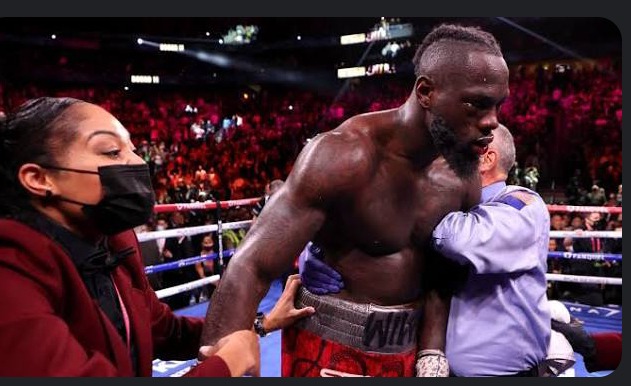 Despite losing his last two fights to champion Tyson Fury, Deontay Wilder has kept his WBC number one status.

Wilder hasn't won a fight since defeating Luis Ortiz in November 2019, and he's out of contention for the heavyweight belt after his loss to Fury last Saturday.

The former WBC champion was knocked out by Fury in February 2020 before the 'Gypsy King' successfully defended his championship in an exciting fight in Las Vegas.

The WBC rankings remove Oleksandr Usyk and Anthony Joshua, as well as Dillian Whyte, who is the interim champion.

If Whyte wins Otto Wallin on October 30, he will retain his status as the WBC's mandatory challenger.

Former heavyweight champion Andy Ruiz Jr. is placed ahead of Wilder, as is former Olympic silver medalist Joe Joyce, whom Fury has touted to be a future champion in the division.

Following his knockout loss to Fury, Wilder was given a six-month suspension from boxing and had surgery on his right hand.

According to his manager Shelly Finkel, the American is aiming for a spring comeback, and has not ruled out Joshua as a future opponent if he fails to recapture his championships from Usyk in their rematch next year.

"He's mending, and if everything goes well after the hand surgery, he'll probably be back in the ring in April or May next year," Finkel added.

It's early, and we need to get through Usyk vs. Joshua and look at a few more options.

"Regardless of what happens in the Joshua-Usyk bout, [Joshua versus Wilder] is a tremendous fight."

"And I'm not sure Usyk, despite his excellent abilities, will be able to deal with Fury's size."

Content created and supplied by: Austineooj (via Opera News )