Another disappointing performance from Arsenal after losing to Manchester City in the week 3 of the English premier league match by 5:0. Manchester City maintained their 100% wining record against Arsenal after defeating the Gunners for 6 consecutive EPL game.

Arsenal head coach Mikel Arteta have not been Impressive this season after losing three consecutive games this season. The Spanish International was impressive in his first season at the club after defeating Chelsea in the FA cup final. The manager failed to qualified for any European competition last season despite having quality players in his team.

Arsenal bounced back to wining ways in the EFL Cup match after defeating WestBrom by 6:0. The likes of Aubameyang, Pepe, Odegaard, Rob Holding and Ramsdale were outstanding in the game. 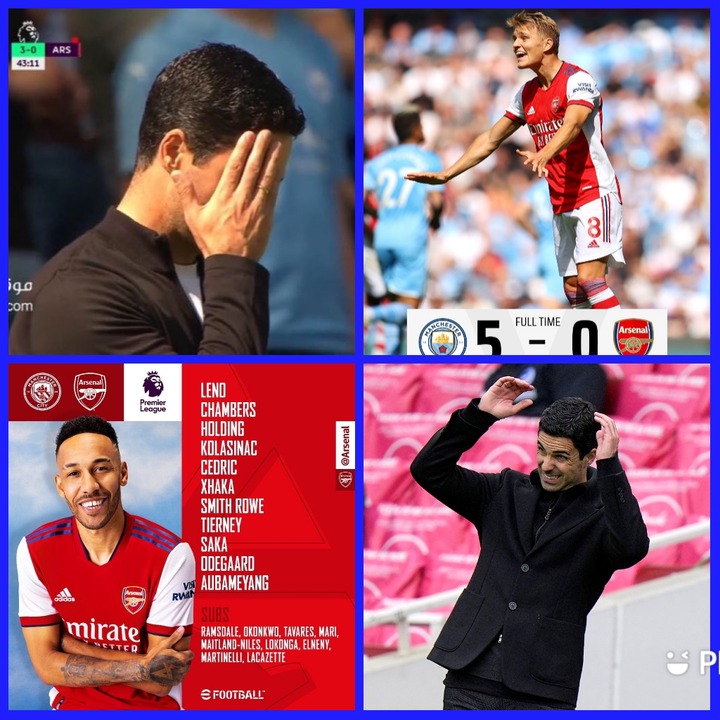 Arsenal best performance in this season English premier league was against Chelsea despite losing by 2:0. Lokonga and Xhaka's partnership against Chelsea was impressive and many fans thought the manager would have played the same set of players against City.

The Arsenal manager used another formation and made four changes from the team that played against Chelsea. Arsenal midfield and defense was more solid against Chelsea because of some certain players that performed well in the game. 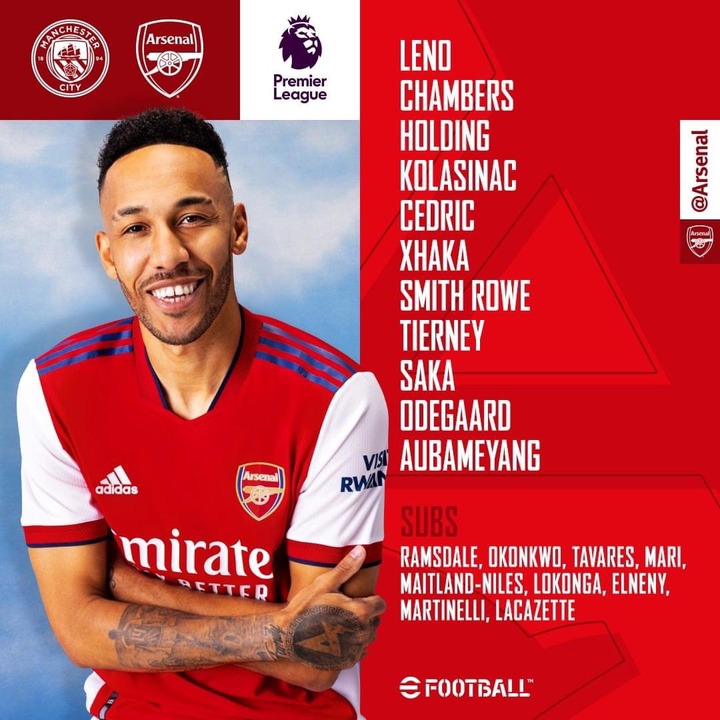 Pablo Mari and Lokonga were the key players against Chelsea but Mikel Arteta failed to start them against Manchester City.

After making 3 changes in his first eleven selection against City, Manchester City scored the first goal of the match in the 7th minutes of the game through Gundogan. 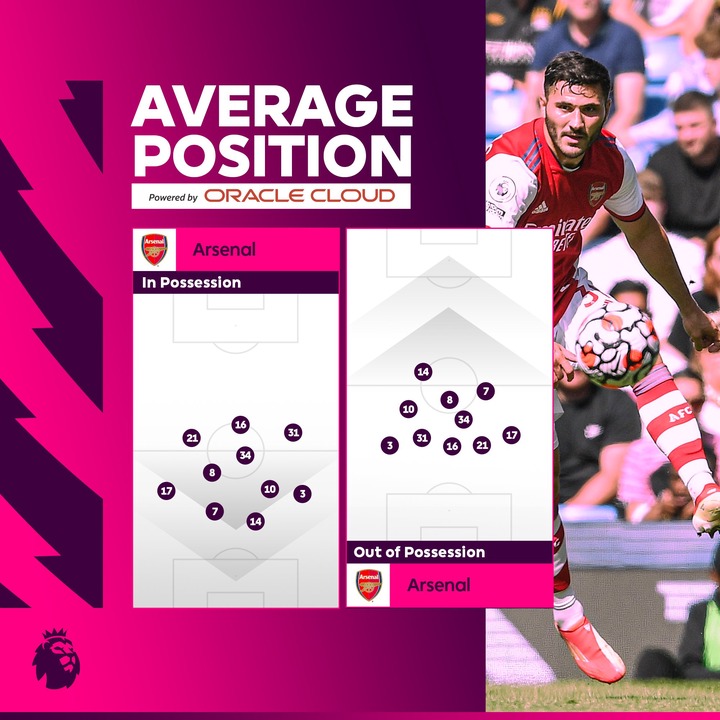 Ferran Torres and Gabriel Jesus made it 3:0 in the first half of the game after Grant Xhaka was shown a straight Red card in the 35th minutes of the first half.

Arsenal were not convincing from the beginning of the match to the end and one of the major reason was Mikel Arteta's first eleven selection and the tactics he used in the game. Rodri and Ferran Torres completed the score line on the second half of the game and according to the league table, Arsenal are in the relegation zone. 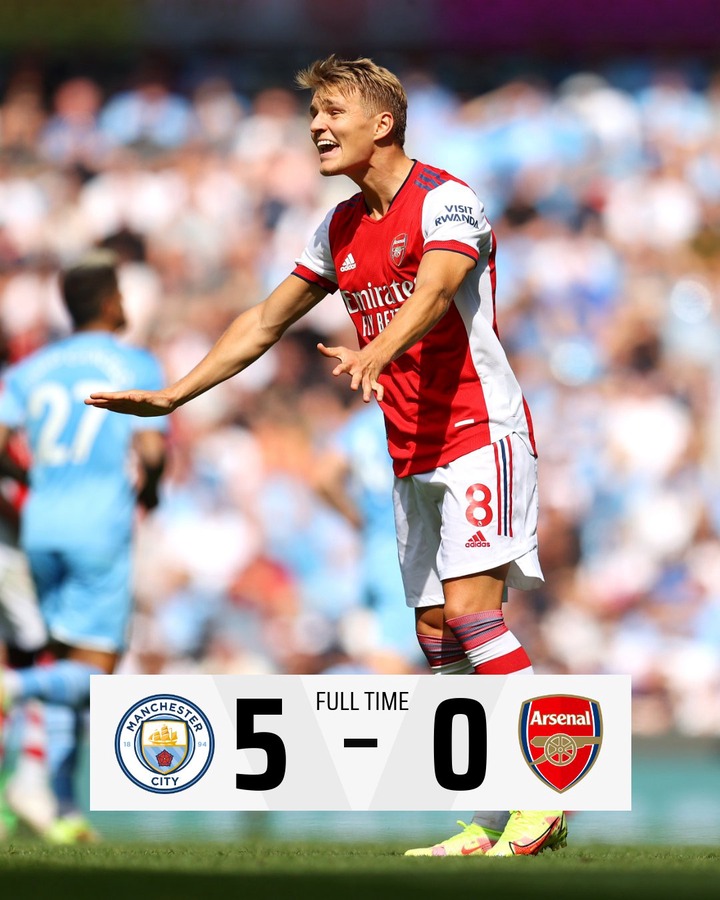 The Gunners has not scored any goal in this season English premier league and have conceded 9 goals.

Arsenal's next match in the English premier league will be against Norwich City who have not been convincing in this season EPL campaign.

Mikel Arteta should learn from his mistakes against City and play his best players in the game.

Do you think Mikel Arteta should be sacked before Arsenal's next EPL match?