Few Days After He Was Criticized For Poor Performance, See How Fans Praised This Player Today

By Yobonews (self meida writer) | 1 months

Today was an awesome day for Liverpool FC as they got their first home win since last year December after beating Crystal Palace 2-1. It's indeed a great victory as they still maintain the top four chase along with other clubs such as Chelsea, Tottenham, West Ham and Leicester City. 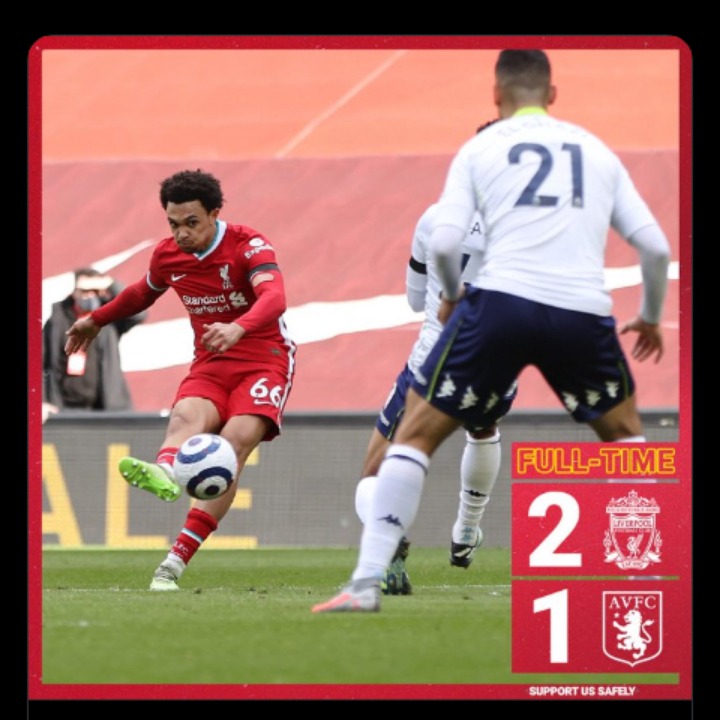 Following the match statistics and analytics, Liverpool were slightly lost at the half time but dominated throughout the second half. Aston Villa on the other side, display a fantastic performance but was unlucky to get a point following a late strike from English young lad, Trent Alexander Arnold. 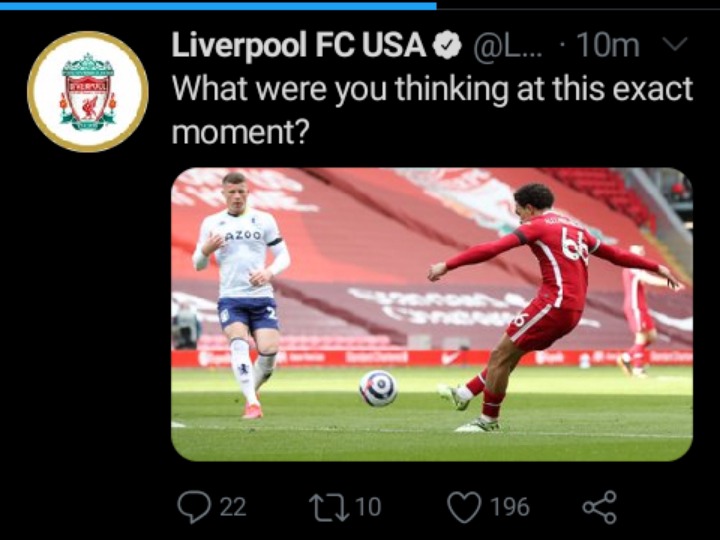 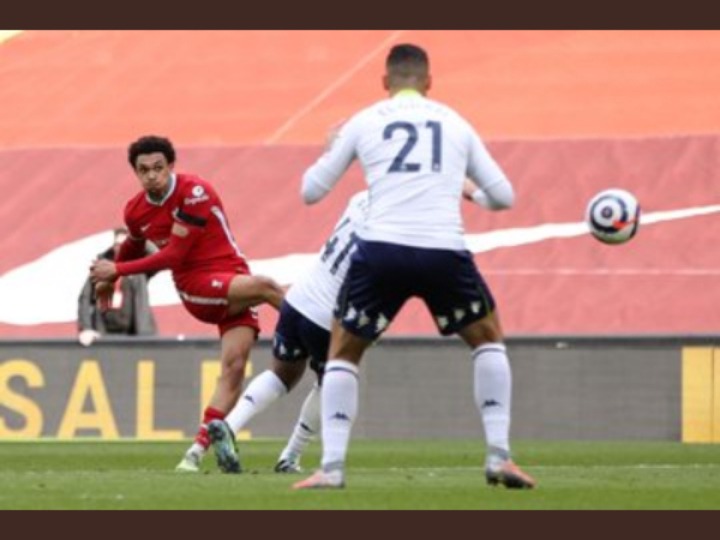 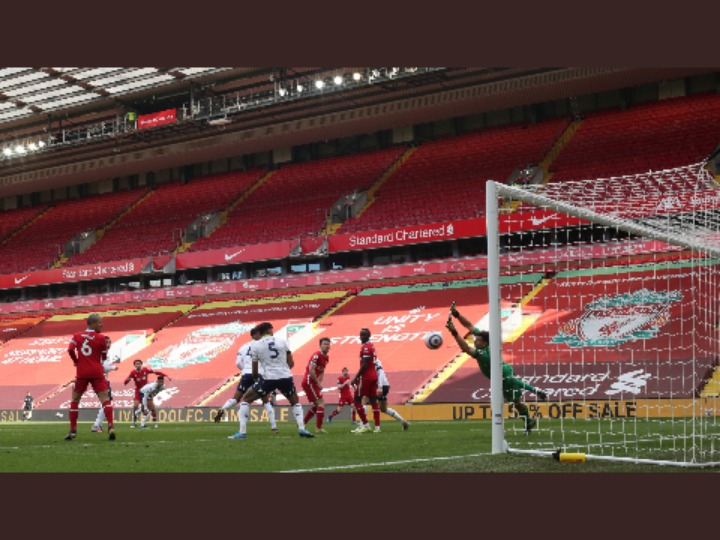 Recall, that on Tuesday, Liverpool had a bad day as they were well beaten 3-1 by Spanish giant, Real Madrid FC at the UCL Quarter Finals first leg. The young lad, Trent Alexander Arnold really performed awful and football fans criticized him for being overrated and doesn't deserve a national call up by England. 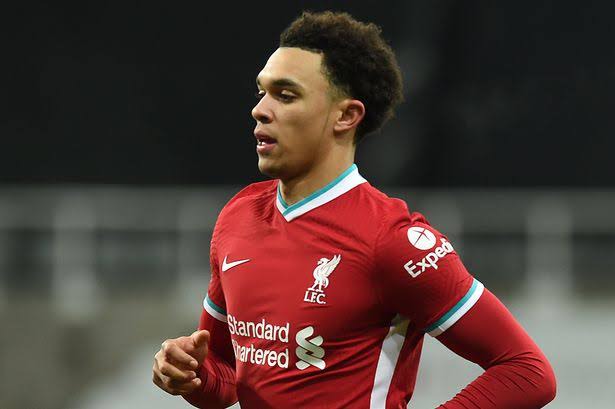 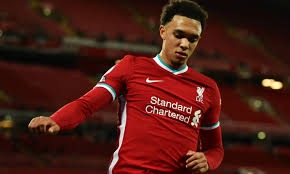 Fortunately, things turned around today as he gave his team a wonder win from 1-0 down with a wonderful injury time goal. He bent the ball to bottom right corner following a rebound from Thiago's finish. After the match end, many football fans praised him for bouncing back despite the criticism he got at the midweek. 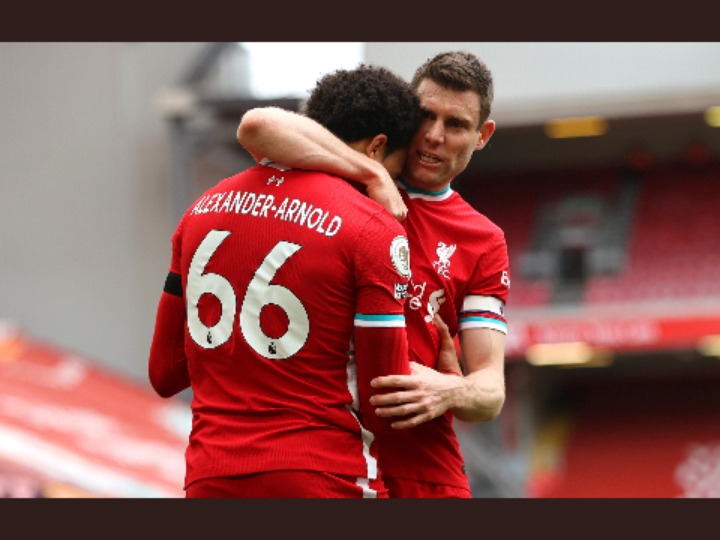 See screenshots of how people praised him on Twitter. 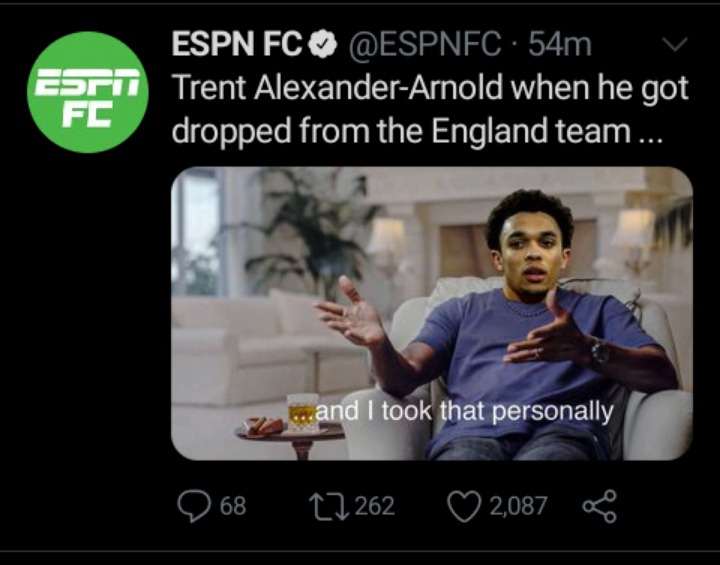 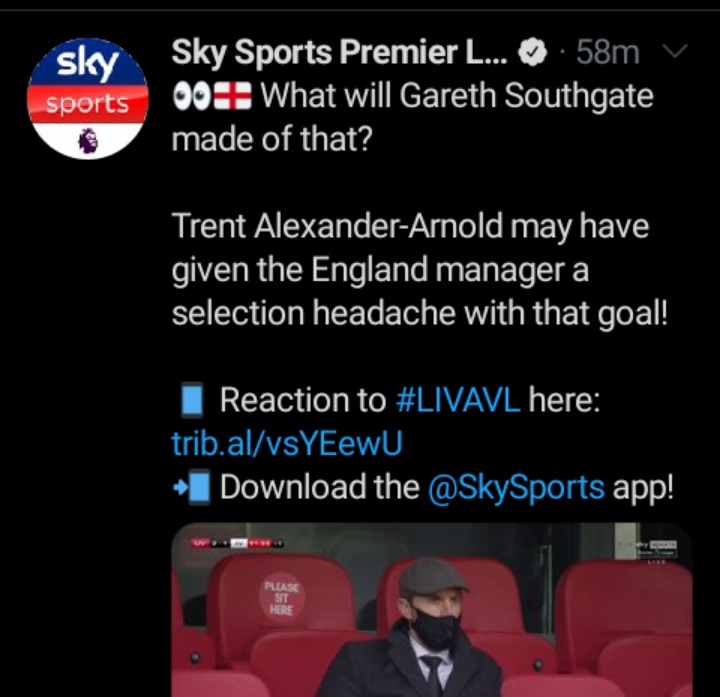 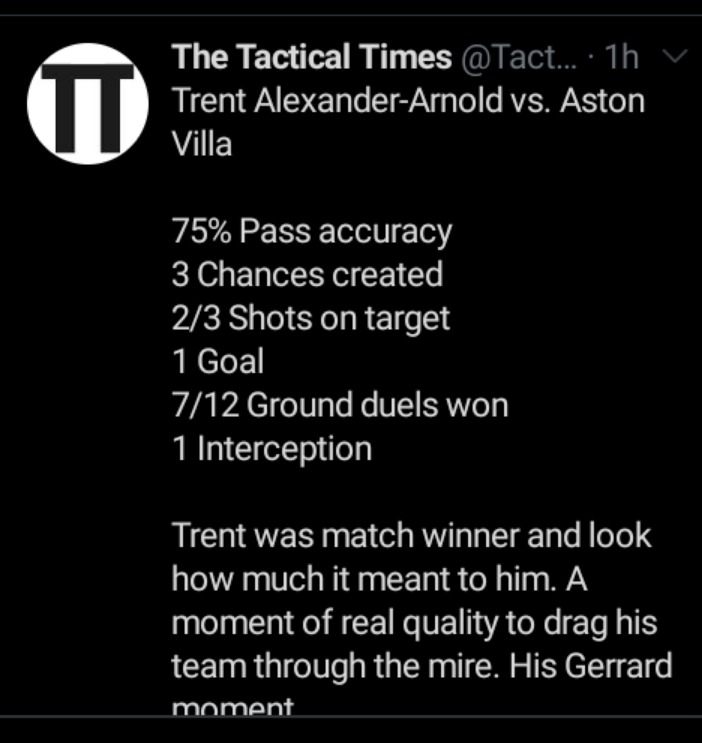 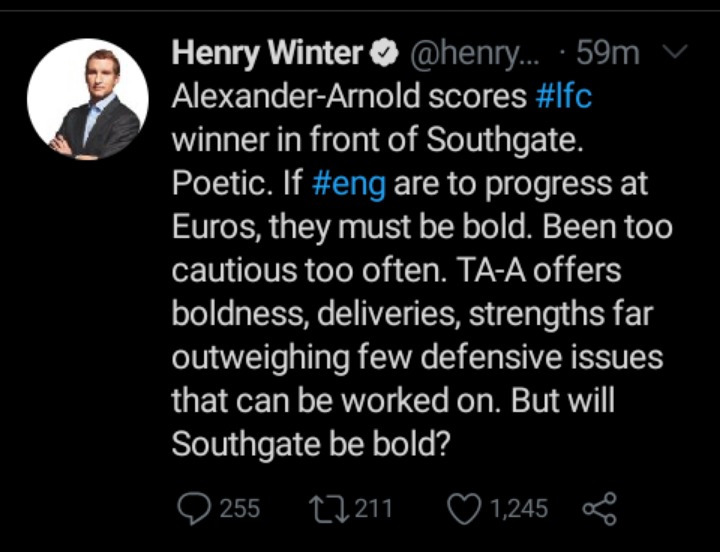 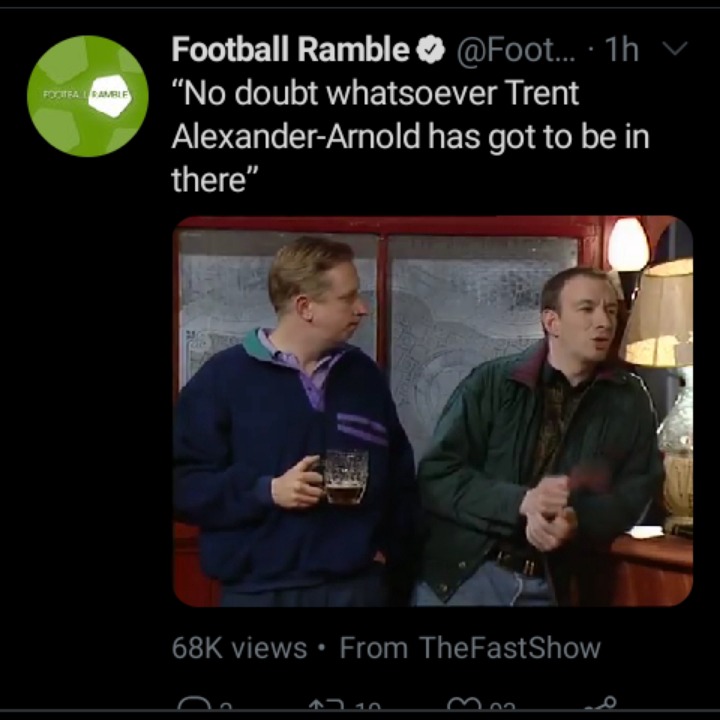 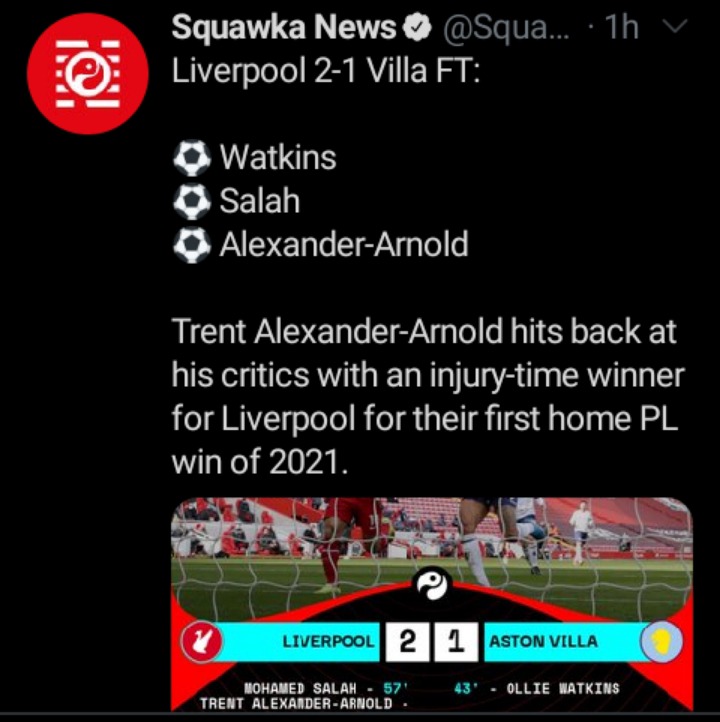 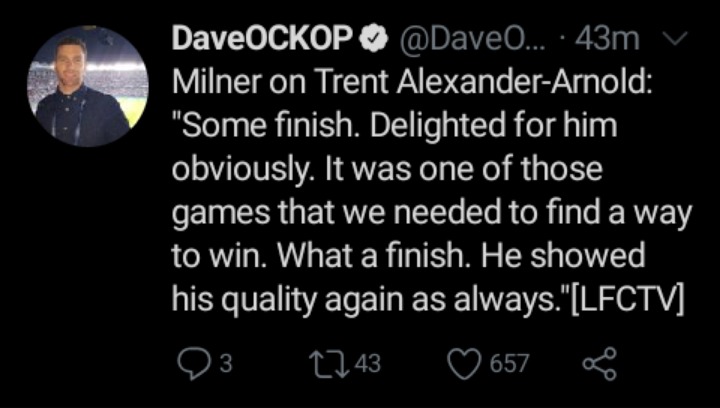 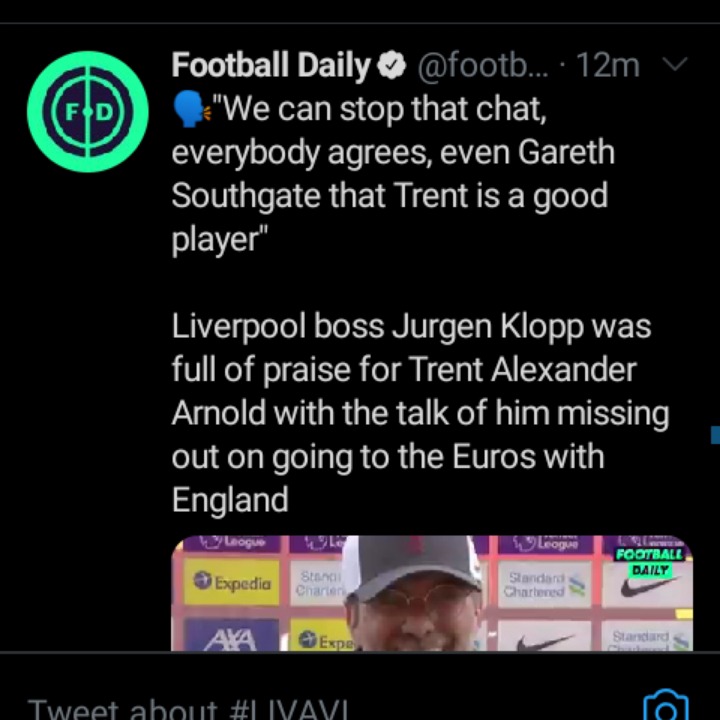 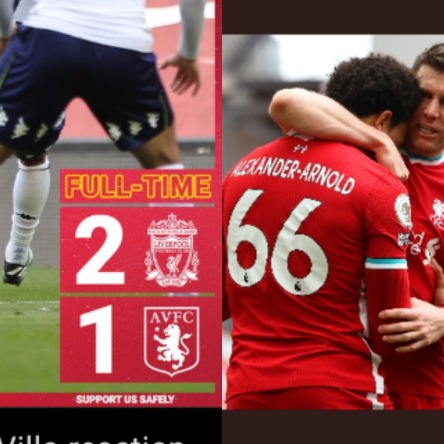 What do you have to say about this lad? Say your thought in the comment box and don't forget to like and follow me for more updates.