No Penalty No Party: Is Cristiano Ronaldo Gradually Proving To Be A Penalty Merchant?

Serie A League leaders Juventus suffered yet another title setback in their 6-goal thriller against mid-table side Sassuolo. 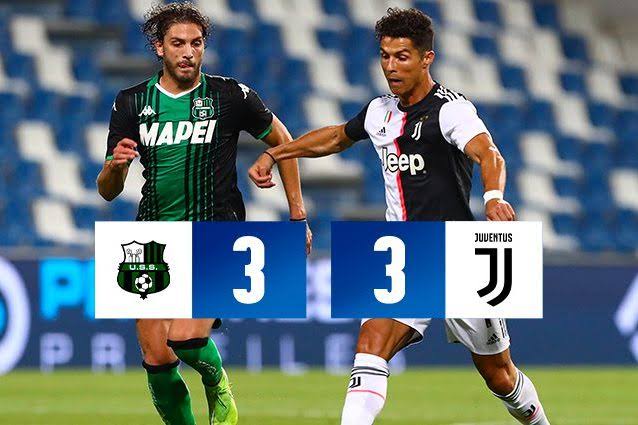 The visitors who needed a win to extend their lead at the summit was left frustrated after their 2-goal lead were canceled by the home team who almost pulled off an incredible comeback in the second period of the match.

Juventus were on their way to a routine win when right back Danilo and striker Gonzalo Higuain put the away side in front just 12 minutes into the contest. 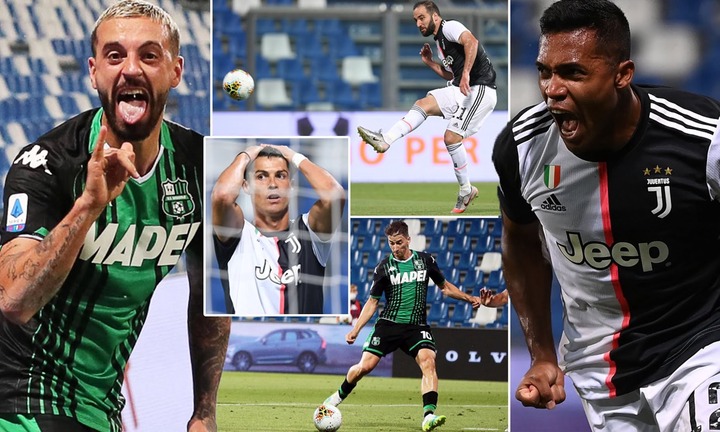 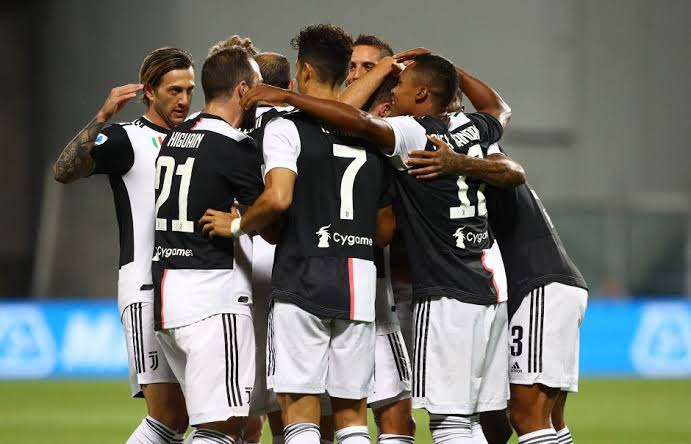 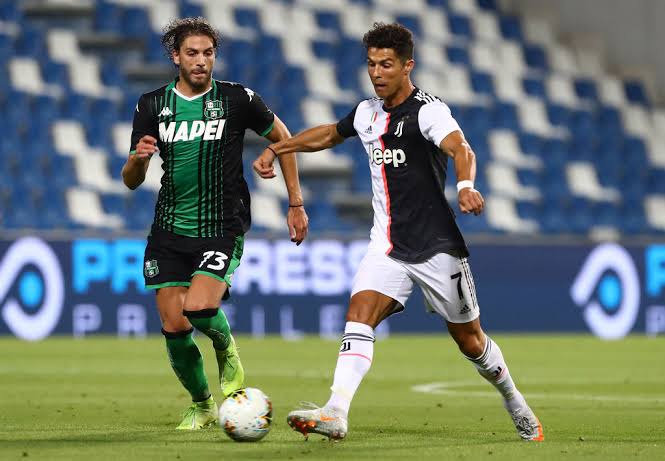 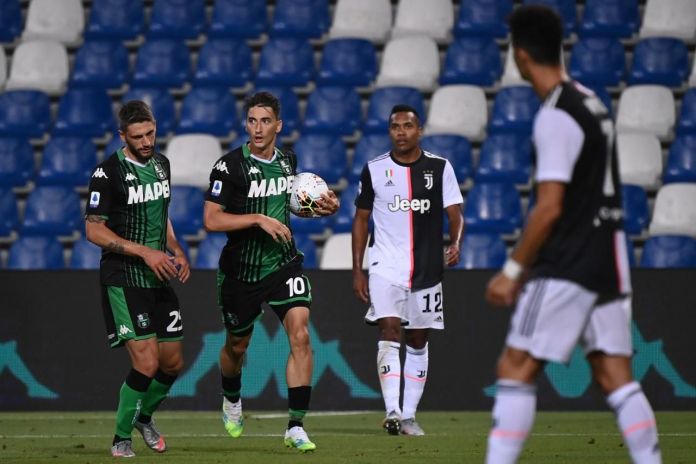 Sassuolo pulled one back on the 29th minute through Filip Djuricic to leave the Old Ladies leading by a 2-1 scoreline going into the break.

However, two quickfire second half goals from Domenico Berardi and Francesco Caputo set Sassuolo on the way to a memorable comeback win over Italian giants Juventus, only for the Bianconeris to level things up and share the spoils through fullback Alex Sandro. 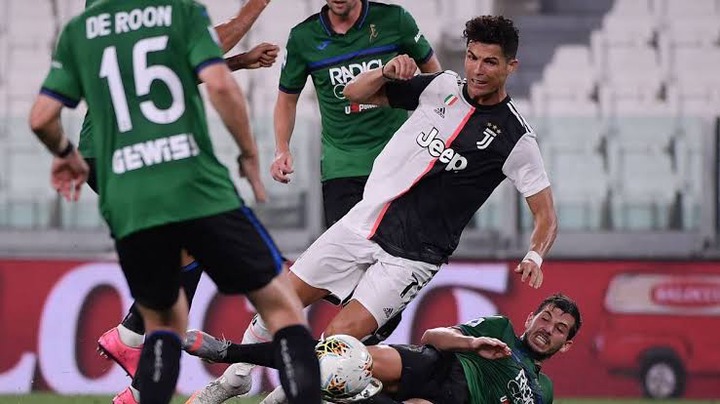 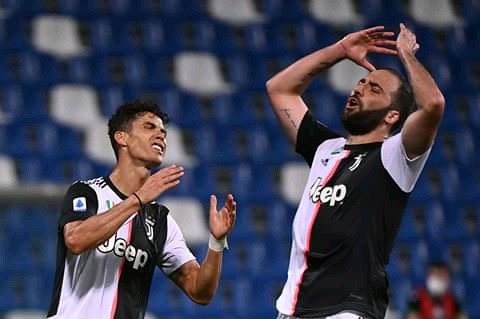 Cristiano Ronaldo had his own share of frustrations after seeing his gilt-edged chance on the stroke of halftime deflected over which may have dent the Portuguese's hopes of winning the Golden Boot.

Juventus who has now kept zero clean sheets in 5 matches while conceding 11 times in same time frame are currently leading closest contenders for the title Atalanta by 7 points with 5 games left to play. 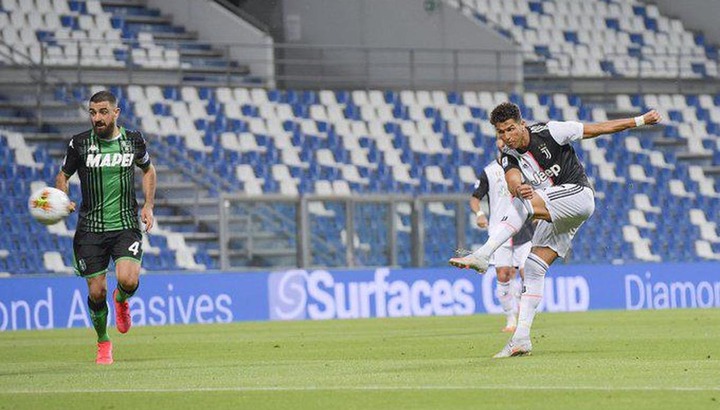 But then, is starman Cristiano Ronaldo gradually proving to be a penalty merchant?

The 5-time Ballon d'Or winner failed to find the back of the net in their draw against Sassuolo which must have raised eyebrows on the 35-year old's relevance to this Juventus team. 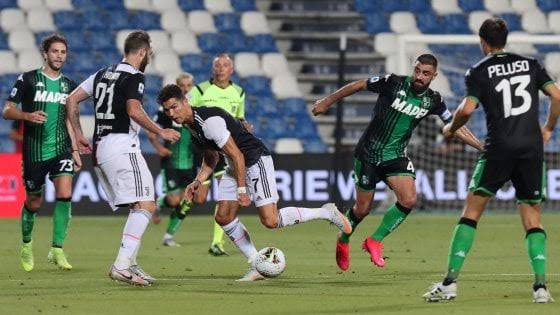 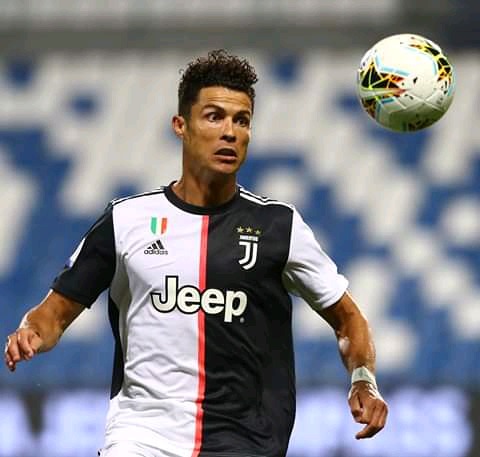 Recall that Ronaldo scored two penalties against Atalanta to help his side salvage a 2-2 draw in a match that hinted few things about the player's all-round game albeit on a slight note.

Skip to their last match and it was all but confirmed.

Ronaldo failed to once again inspire his team to a win against a Sassuolo side Atalanta beat 4-1 both home and away. 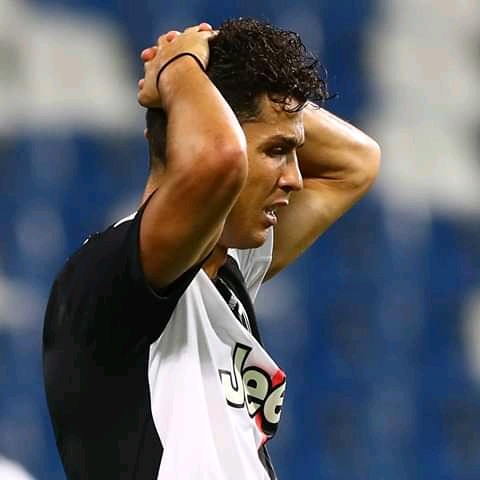 Or was he waiting for another penalty to prove he's not past his best?

Or is he saving his best for latter stages of the season - Champions League inclusive? 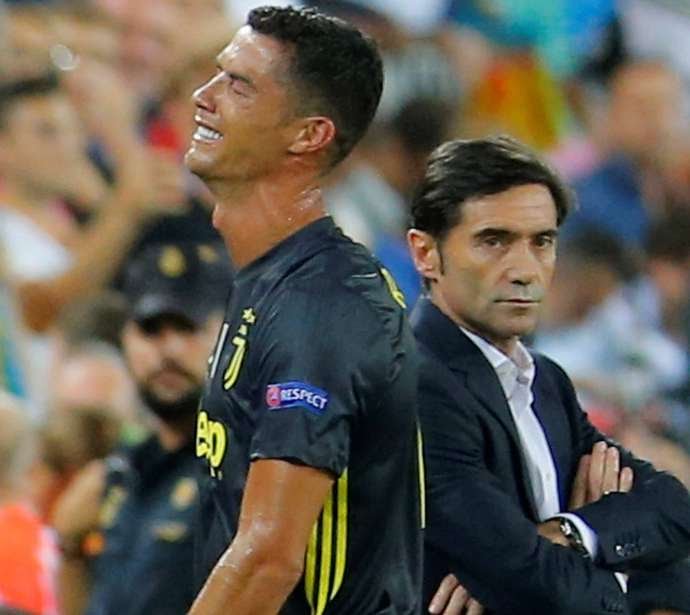 Time will surely tell, but at the moment Cristiano Ronaldo is not doing well, and needs to up his game if he wants to win the Golden Boot and finish the season on a strong note.