By MemeOverlord (self meida writer) | 1 months Tottenham will not appoint Gattuso

According to The Athletic, Tottenham will not appoint Gennaro Gattuso as their next manager. 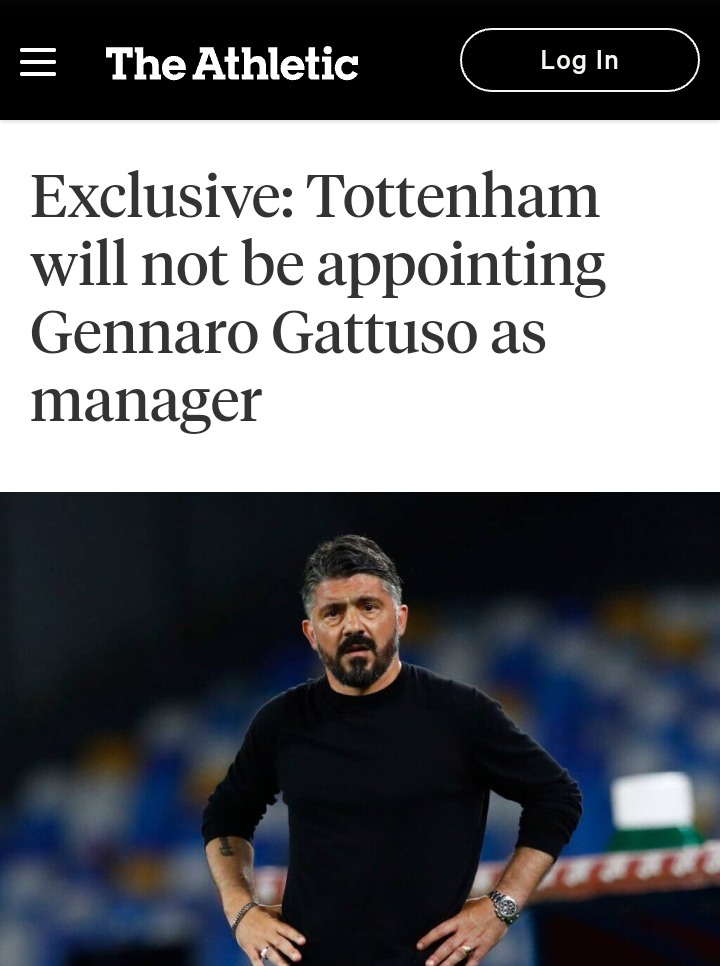 The Italian is out of work again after completing a 23-day loan spell with Fiorentina, but despite conversations with Spurs, his next job will not be in north London.

After the collapse of two agreements between Conte and Fonsesca, Tottenham will continue their hunt for a new manager.

Sergio Ramos will not be signed by Man United

Despite a clear need for a centre-back, the Red Devils aren't interested in signing him. 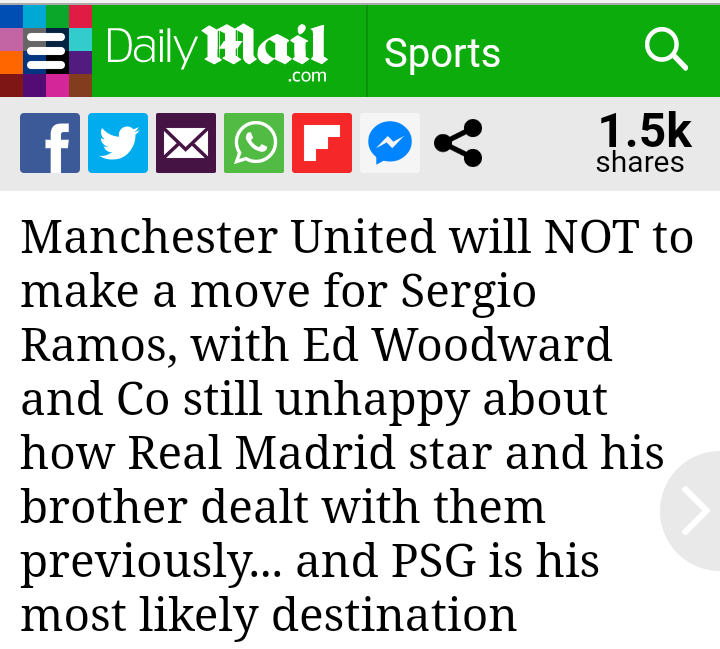 According to the Daily Mail, Manchester United has a vendetta against Sergio Ramos for prior interactions with them and will not pursue him after his revelation that he will leave Real Madrid this summer.

According to the Daily Mail, Ramos is most likely to join Paris Saint-Germain, however other rumours have connected him to Manchester City.

Manchester United will be keen on striking a deal with Raphael Varane instead. The player who performed so well against Germany in the Euros is reportedly delighted with the move to Manchester United.

According to UOL, Wolves are interested in signing Diego Costa, a former Chelsea and Atletico Madrid striker. 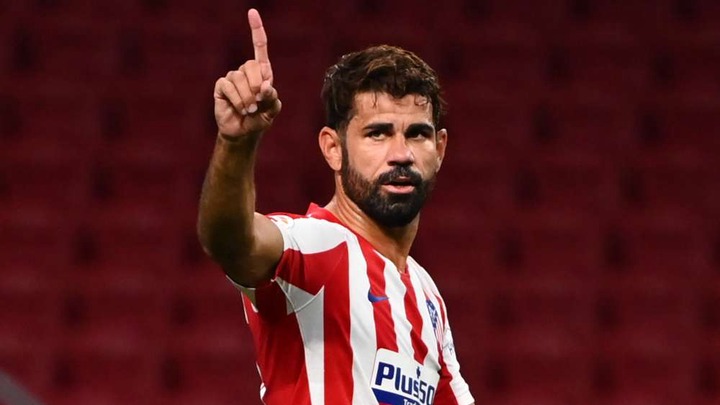 Costa, 32, has been a free agent since leaving Atletico Madrid in January and is said to be interested in returning to the Premier League.

Costa has recently piqued the curiosity of Benfica, Al-Nassr, and Besiktas. Wolves have apparently joined a long list of clubs interested in signing the veteran striker.

According to Sport1 as reported by Florian Plettenberg, Liverpool is intensifying its chase of Borussia Monchengladbach midfielder Florian Neuhaus of the German national team. 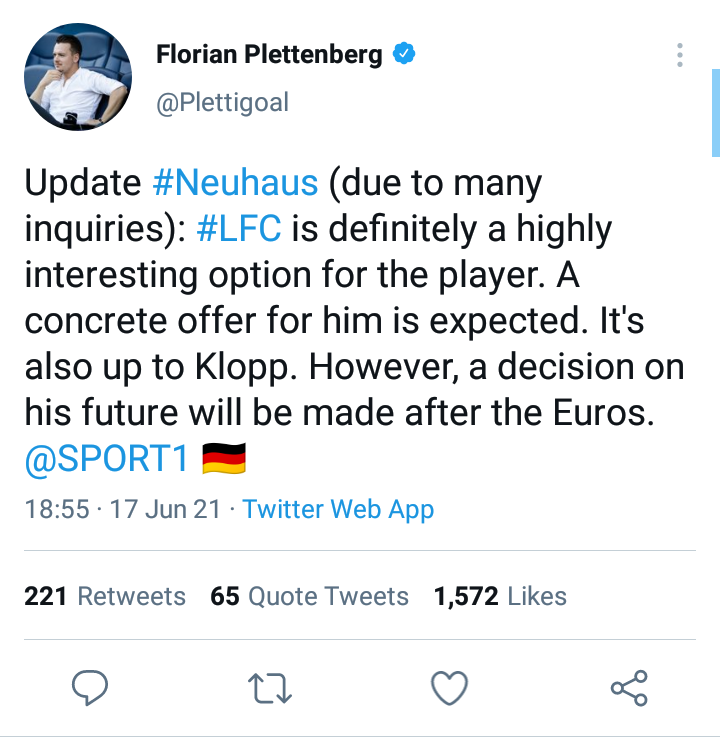 The Reds are anticipated to spend roughly €40 million (£34 million/$48 million) for a player who is under contract until 2024 with his current club.

Liverpool has not made a formal offer and will wait until after the Euros to make a decision. Klopp is anticipating a busy summer, with Raphinha also on his radar.

Here Is An Update On Erling Haaland's Proposed Move To Chelsea

UEFA Champions League 2021/2022 Calendar And The Teams That Qualified. (Details inside).

Chelsea Handed Major Boost In The Pursuit of French Defender