By Naijhiphop.com.ng (self media writer) | 2 years ago 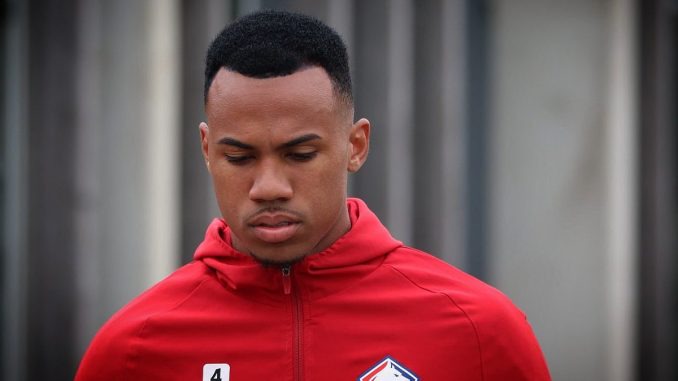 Arsenal head coach Mikel Arteta’s desire to bolster his defence has suffered a blow after Gabriel Magalhaes reportedly agreed to sign for Napoli.

The Lille centre-half is one of several targets said to be interesting the Premier League giants ahead of the summer window.

Everton and Chelsea were also tipped for a swoop yet the French outfit have agreed a deal to sell the Brazilian, according to FootMercato.

A five-year deal worth £1.8m-a-season is said to have been agreed between the star and his new club, who will pay around £20 million for his services.

Earlier in the week, Lille manager Christophe Galtier admitted that his team are set to lose the player and fellow star Victor Osimhen.

The 22-year-old tough-tackling defender joined the Ligue 1 club from Avai in his homeland back in 2017.

Midway through last campaign, he broke into the team and has remained a regular ever-since – with Les Dogues finishing fourth in the truncated 2019/20 table.

Napoli are understood to have sealed his signature during the week with the player’s agents holding talks amid the Partenopei’s Coppa Italia triumph celebrations.

An array of possible incomings are still being eyed by Arsenal, such as Dayot Upamecano and Thiago Silva.

In the short-term, Mikel must do without Pablo Mari after the loanee was ruled out for the rest of the term with an ankle injury.

Previous reports had claimed the Gunners wanted to make the centre-half’s switch permanent, for £10m.

David Luiz is one man set to quit the club this summer, when his contract expires, with Shkodran Mustafi’s future also up in the balance.

Content created and supplied by: Naijhiphop.com.ng (via Opera News )