Why Manchester United lost to Chelsea

By samklassiq (self media writer) | 1 year ago 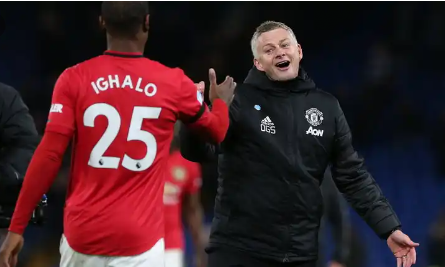 Every Manchester United fan knows that the starting line up was totally not a line that should win, Chelsea deserved the victory that night.

We have a second that has been playing our FA cup matches but that night was not another night, it was a derby that would prove who the best team is right now.

First the coach killed the game from the start with his starting XI, playing Fred and Daniel James.

Third: Playing five men Defense proved that we we're scared of our opponents, at first but teams were cautious but when they saw that we came to defend and counter attack, they starting playing us like Norwich or any small team.

But it is almost certain that we will qualify for Champions League because Leicester have paved way for us and if we don't take it then we are fools and don't deserve to go to the champions league.

We are only contending for Uefa Europa and Top four position right now because we are not sure we will win any trophy this season.

Content created and supplied by: samklassiq (via Opera News )