By Uchesman (self media writer) | 9 months ago 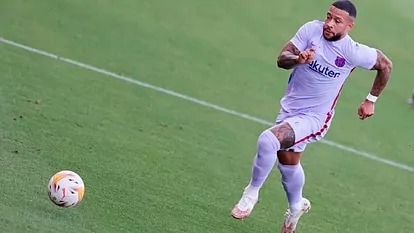 The FCB's went into another pre season game, 3 day's after beating Gymnastic 4-0 at Estadi Johan Cruyff stadium. It was another befitting day as Ronald Koeman's men impressed hugely in preparation of the 2021/22 season.

The referee awarded a penalty decision for Ronald Koeman's men in the 21 minutes of the game against Girona. Team captain, Gerard Pique was given an opportunity to play the penalty and he didn't disappoint as he scored the penalty.

Young Albanian player, Rey Manaj scored another goal in the 24 minutes to double the lead.

A Girona player, S.Saiz found hope as he scored a penalty in the 42 minutes of the game.

Then a Barcelona's new signing Memphis Depay who came in as a substitute was given an opportunity to play a penalty in the 85 minutes of the game. The 27-year old player didn't disappoint as he scored the penalty; and ended the game to a 3-1 victory for Barcelona against Girona. 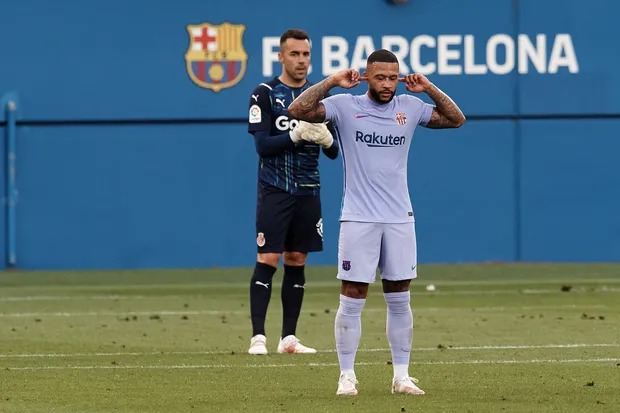 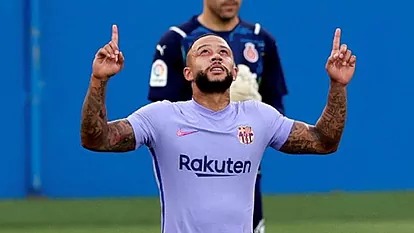 Barcelona will head into their 3rd pre season match on 31st July when they are scheduled to face Stuttgart.