Donnarumma: The Unsung Hero in PSG's 2-0 Win Over Manchester City

The hotly contested match between PSG and Manchester City ended 2-0 in favour of the Parisians. The goals were scored by Idrissa Gana and Leo Messi.

While Lionel Messi's first goal for PSG is the talk of the town there is an unsung hero who gave PSG his all during the match.

Everyone would be quick to remember Leo Messi's goal and Kylian Mbappe's assist but might forget the heroic performance goalkeeper Donnarumma gave. Donnarumma had a brilliant debut with his strong performance. The Italian had 7 saves, four of which were inside the 18-yard box. He dropped a masterclass performance against one of the best teams in the world and last year's finalist— Manchester City. His Sofascore rating just shows how incredible the goalkeeper's statistics were on the night. 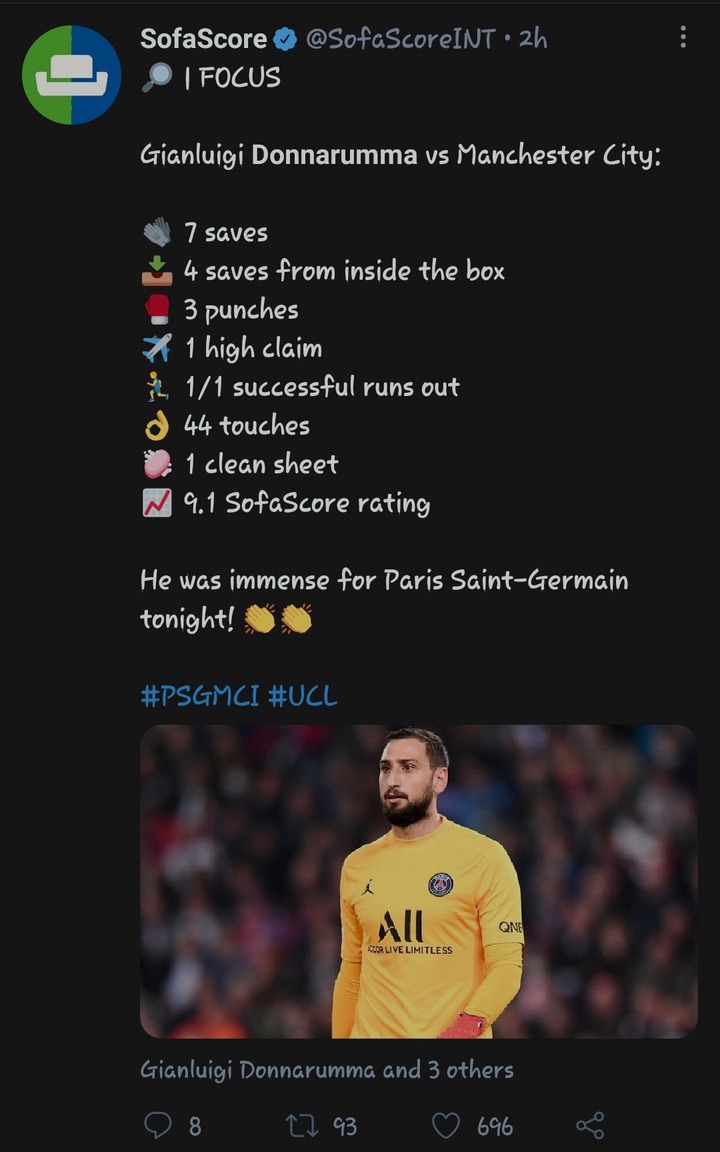 Idrissa Gana Gueye was rewarded as the Man of the match but Donnarumma in my honest opinion deserved that award for such masterclass performance he gave.

If Donnarumma didn't turn in such a beautiful performance, PSG wouldn't have survived the match without conceding at least a goal. The heroics of Donnarumma shouldn't be forgotten easily. He was an impenetrable wall behind the Parisians defence. He showed his worth and mettle why he should play more minutes as PSG's main goalkeeper. 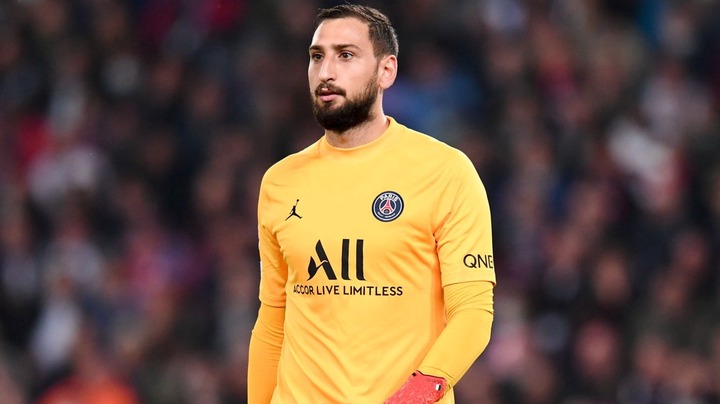 Donnarumma has shown in this match that he is not ready to sit down on the bench and watch Keylor Navas be the number one starter.

The competition is on and Navas already knows he has a worthy competitor.