Manchester United Legend Gary Neville has asked the English Premeir League to deduct Points from the Big six teams who have all signed up to take part in the newly proposed European Super League.

The New European tournament has been condemned by the English Premeir League, Laliga, Seria A, Ligue 1, Bundesliga and UEFA itself. 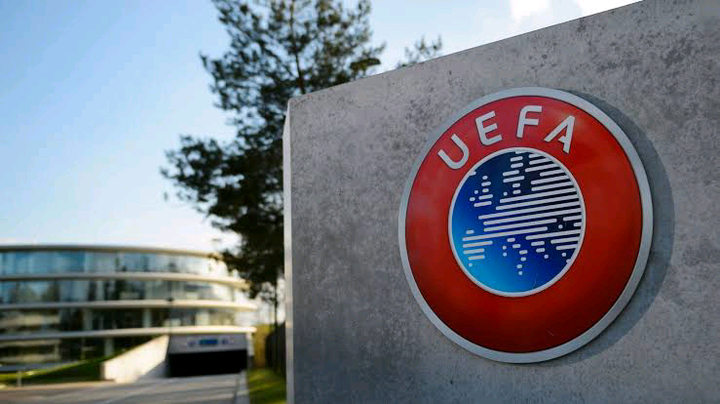 They have also threaten teams and players with exclusion form European and Domestic Competitions should they go ahead and Participate in the Competition.

Gary Neville on the reports six Premier League clubs have signed up for a European Super League: "I can't concentrate on the game [Man Utd vs Burnley]. They should all be docked points agreeing to it in the middle of a season." 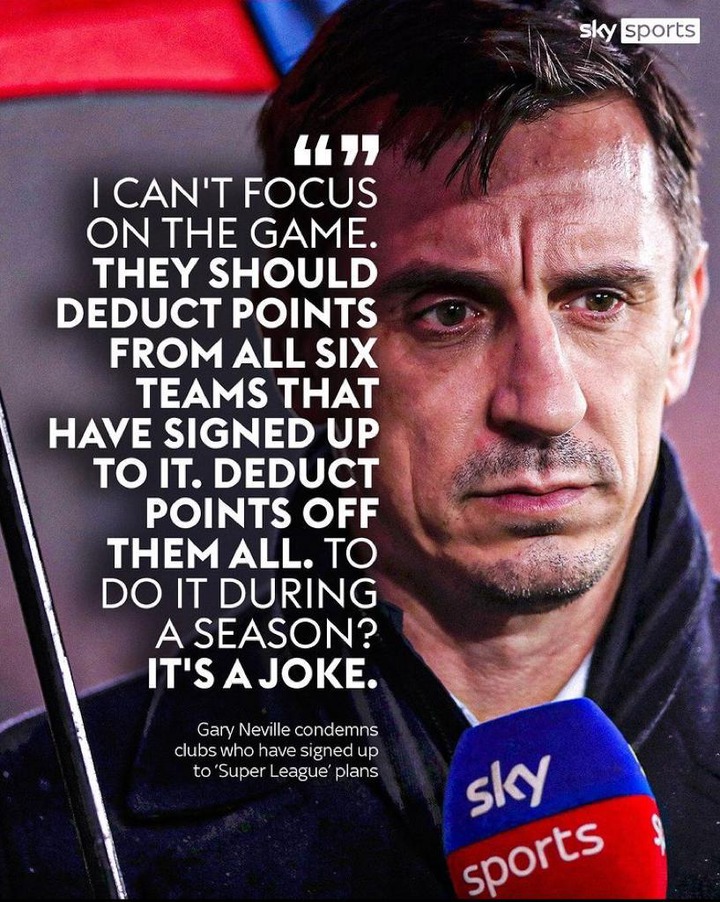 Gary Neville: "Manchester United, Spurs and Arsenal are not even in the Champions League. Arsenal are a shambles of a club and they expect a gods given right to go into the European Super league? It's disgusting. Deduct points. Deduct money. Punish them."

Six English teams are expected to be part of plans for a breakaway European Super League, with an announcement due tonight, Sky News understands.