Courtois: "I said we deserved the league and in Catalonia they laughed" 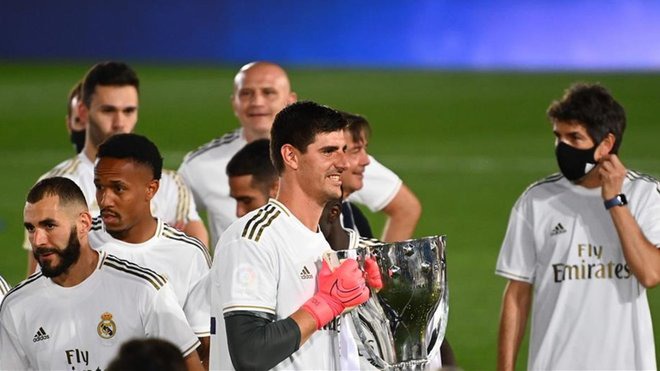 Courtois: "I said we deserved the League and from Catalonia, they were laughing at me"

Madrid has gone over the top of the table after the stoppage, beyond the controversial decisions of the VAR.

You could tell that he had been keeping a good handful of weeks waiting for the right moment to take it all through.

Some time ago the Belgian goalkeeper commented, when his team was in second place, that they deserved to win La Liga, that Madrid was doing merit. Something that generated a certain mockery and controversy in Barcelona because at that time the azulgrana team was better.

What times... Anyway, the case is that when they have planted a microphone in front of the ex-architect of Chelsea has shot like a bullet: "To return from the confinement after two months parados, to win ten games ... I trusted in my team that we could win, more than one has fallen to me of Catalonia saying that I had to shut up and my team has demonstrated that we have done it".

With the 2-0 we were fine, we had a bit of a lack of concentration, they pressed until the last minute, there was a double save from me," analysed Thibaut. Since the break, Zidane's entire team have won, and the VAR controversy aside has been superior to a Barca side that has been sinking alone.