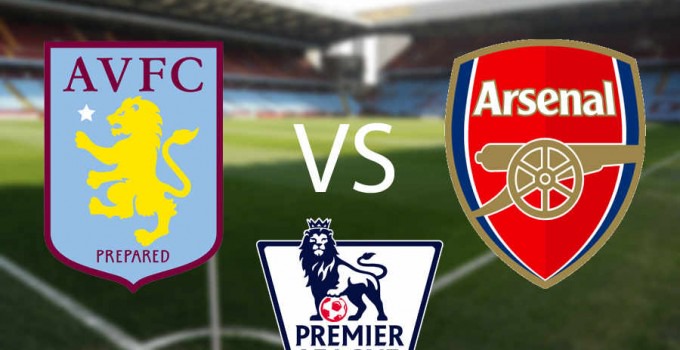 Aston Villa face another tough challenge in their battle against Premier League relegation with the visit of an in-form Arsenal side.

The Villans are running out of time to avoid the drop as they sit in 18th on 31 points and three behind Watford, who face Manchester City on Tuesday.

Arsenal are out of the running for the top four but will still be looking to try to finish as high as sixth – starting by beating Villa, with the Gunners’ confidence high after beating Liverpool and Manchester City last week.

The Gunners are 10th in the table as it stands, heading into their penultimate game of the Premier League season.

Mikel Arteta’s side can climb as high as seventh – which could be a Europa League place if they lose the FA Cup final to Chelsea, if results go their way – but they need a change of fortune if they are to finish the campaign in that position.

Arsenal can still qualify for Europe if they win the FA Cup this season and they have a great chance of doing that, having beaten Manchester City on Saturday night.

The north London club have won six of their last eight games, including two big Premier League victories over Wolves and Liverpool.

While they lost the derby to Tottenham, Arsenal showed some resilience to draw 1-1 with Leicester, and they look difficult to beat at present.

Villa are winless in their last 17 Premier League home games against Arsenal, and the Gunners look an attractive price this week.

Since replacing Unai Emery at the end of 2019, Arteta seems to have got the better out of so many of Arsenal’s squad, and it is surprising to see them odds against before their match with Villa.

With Villa fighting for their lives at the bottom of the table, Tuesday’s game could be end-to-end.

Arsenal withstood some heavy pressure from Manchester City last weekend and repelled attack after attack, as they did against Liverpool in midweek.

Dean Smith’s side are unbeaten in two after defeating Crystal Palace and drawing with Everton. They remain three points behind 17th-placed Watford, and time is running out for the Midlands club.

They have conceded seven goals in their last five games, and will need to transform their defence this week.

Arsenal have netted 12 times in their last six league matches in what has been a tough run of fixtures, while they have won their last seven meetings with Aston Villa in all competitions by an aggregate score of 23-3.

Over 3.5 goals would have landed in five of the last eight matches between the two and four of the last five, and another exciting game is expected at Villa Park.

These two last met in September, with Arsenal running out 3-2 winners. Villa registered nine shots on target during that game, and there is no reason why they cannot have similar success in front of goal.

While Pierre-Emerick Aubameyang was the star of the show against Manchester City, Lacazette has also been in good form of late.

The Frenchman has scored in his last two away games in the league, and he is looking to score three away goals in a row for the first time since January 2017.

Lacazette also scored in the last league game against Liverpool, and he is set to lead the attack, with Aubameyang out wide.

The former Lyon ace will relish the physical challenge of playing against the Villa backline, and he can take his tally to 11 goals before they play their final game of the season.

Eddie Nketiah will return from suspension after a three-game absence and, while he could feature, Lacazette could have already done the damage before the youngsters gets off the bench.