I'm sure a lot of people have probably heard of Brazilian football legend, Pele and if you have not, allow me to do a quick introduction. His full name is Edson Arantes do Nascimentos, and he was a former professional footballer who played as a forward and an attacking midfielder. He is widely regarded as the greatest of all time by FIFA, and the greatest footballer of the 20th century.

This man was amazing with the ball back in the day, his dribbling skills could not be matched by anyone and the goal-scoring record he set was the highest of all time.

In this article, I'm going to be showing you a throwback photo of Pele with boxing legend Muhammad Ali also regarded as the greatest sportsman of the 20th century, both embracing each other in a hug, it was very amazing to see the most successful and popular sports figures of their time in the same pictures. Check it out below. 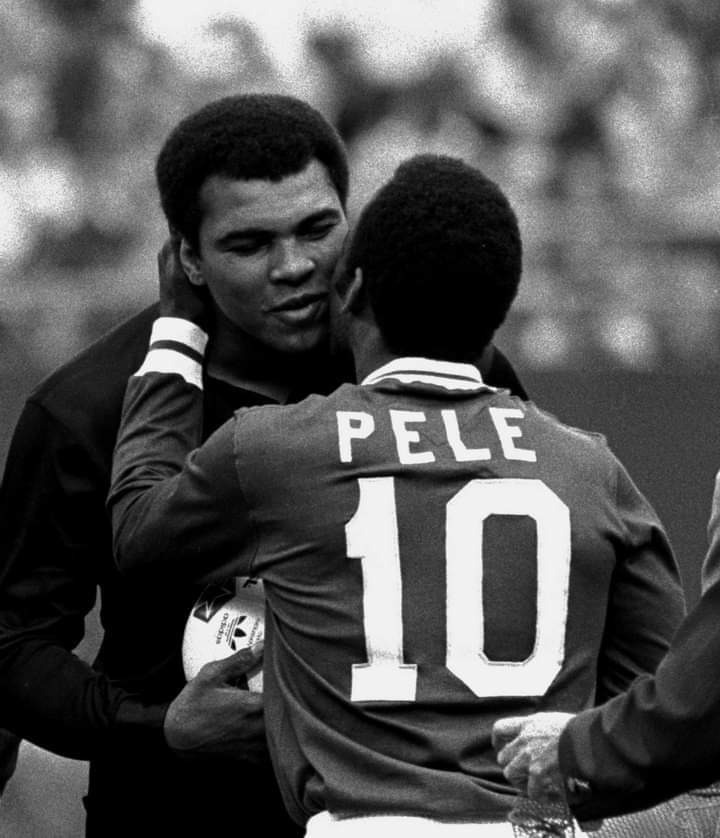 So what do you think about this picture of these two great legends? Share your views with us in the comment section below.