Barcelona season ended in dismay after they suffered a shocking defeat against low key Osasuna yesterday. Barcelona headed in to the match knowing fully that only a win can keep their hope of Laliga title win, but a sluggish start and a porous defence earned them a well deserved loss at Camp Nou. Osasuna were the first to score through Jose Arnaiz in the 15th minute when he converted a cross and shot the ball behind the Barcelona goalkeeper.

Barcelona look more threatening as the first half approaches end and Lionel Messi hits the cross bar twice before the break. After the restart, Barcelona continue to search for an equalizer and they managed to find it in the 62nd minute when Lionel Messi scored a brilliant free kick, but even that free kick could not save barcelona. Osasuna were reduced to ten man in the final 15 minutes when Enric Gallego was given a red card and Barcelona should have taken the advantage but it was Osasuna that added another goal in the extra time. The loss means that even if Real Madrid didn't win their yesterday's game, Barcelona has lost the title race to Real Madrid with only one game to go, because even a win a their next cannot close the gap given to them by Real Madrid in the Laliga table.

With Copa del Rey alread out of Barcelona reach, Lionel Messi's reign at Barcelona is coming to an end and they have to look for his substitute before it's too late for them. For a player who once carried the team at his back to go trophyless this season, it means he is just a shadow of his former self. Messi's stats were poor this season both in champions league and Laliga despite topping the score charts of both. The skills that he was once known for are no longer there and even his free kicks scoring rate has decreased so far this season. Messi's conversion rate this season is the lowest in ten years and he wasted more chances this season than any other. If Barcelona really want to continue to be relevant in the Spanish league, they have to find to find a replacement for Messi because the end is surely near for the captain. 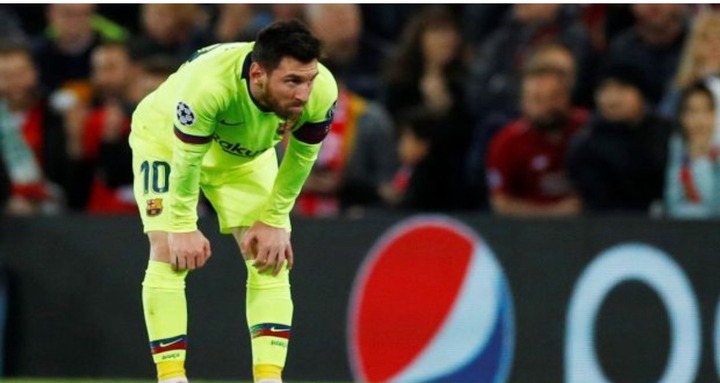