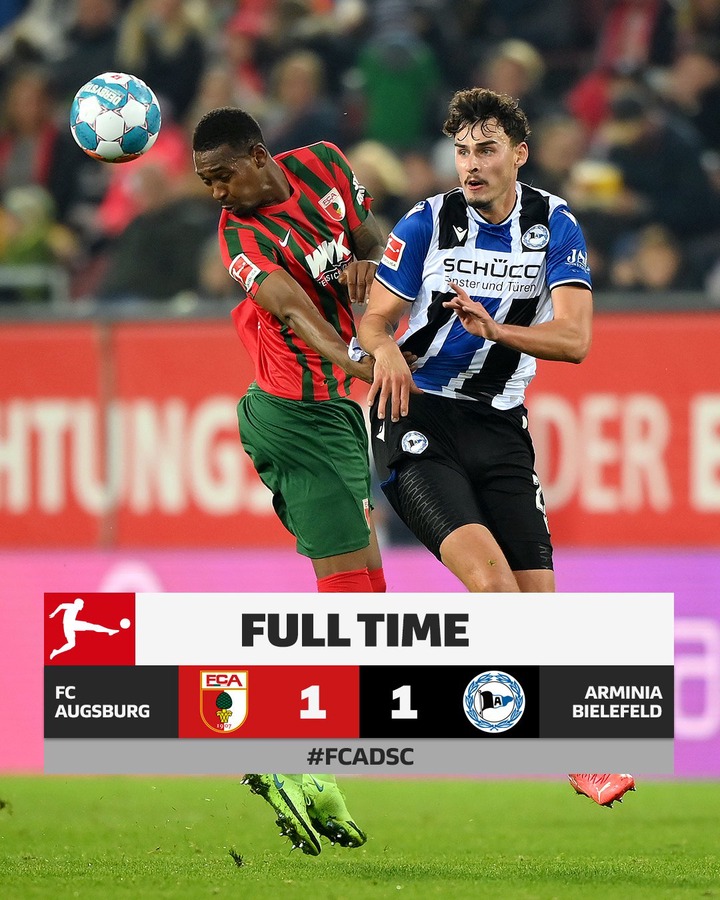 The matchday 8 of the German Bundesliga ended on Sunday with Augsburg's one-all draw against Arminia Bielefeld.

Bayern Munich is presently ahead of the pack after an impressive 5-1 win against Bayer Leverkusen. Robert Lewandowski and Serge Gnabry scored braces as Bayern Munich climbed back to the top of the table. They now have 19 points from 8 games this season. 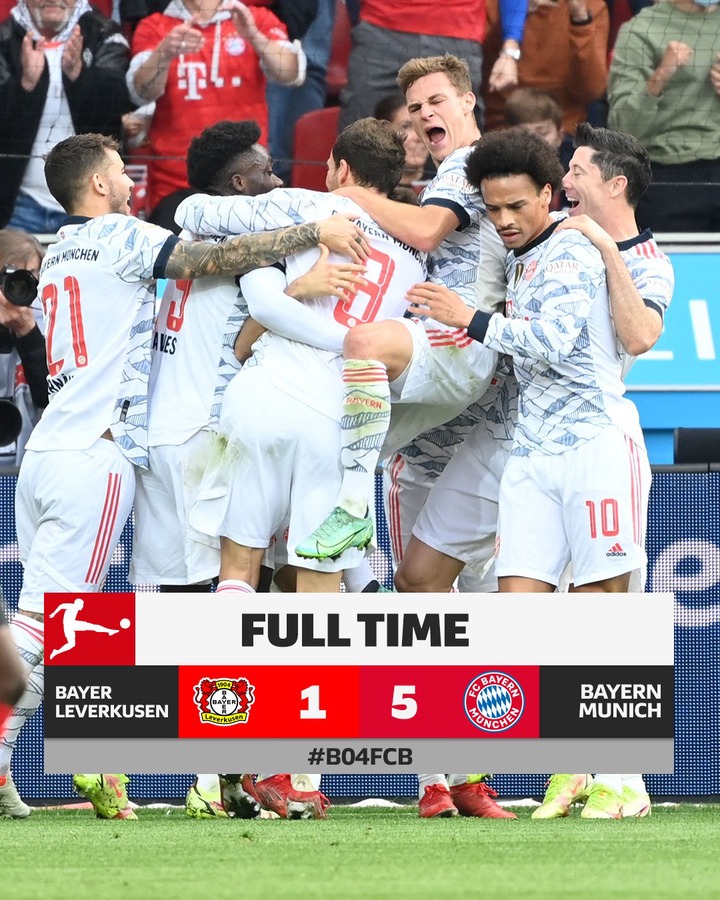 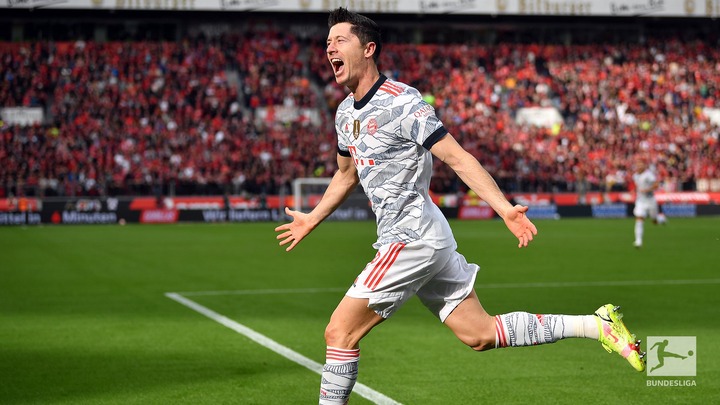 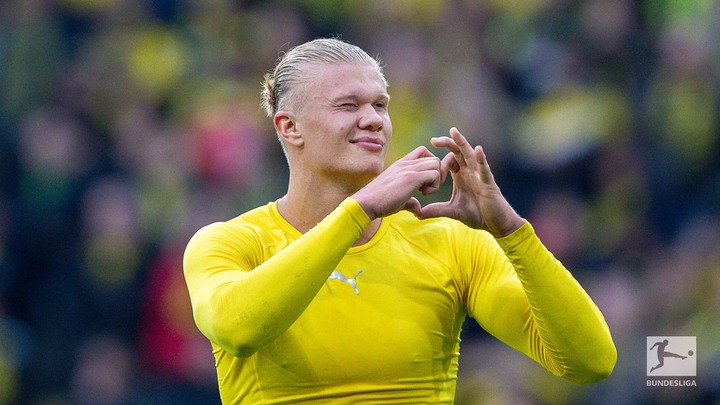 Freiburg is fourth on the standings with a point tally of 16 points. They are tied on points with Bayer Leverkusen but separated by goal difference. Union Berlin is fifth on the log with 15 points from their first eight games of the season. They won their matchday 8 match against Wolfsburg by two goals to nil.

Wolfsburg is sixth on the log with 13 points. They are followed by FC Koln who has collected 12 points in the German Bundesliga this season. FC Koln lost their matchday 8 match to Hoffenheim by five goals to nil.

RB Liepzig, Hoffenheim, and Borussia Monchengladbach have all collected 11 points this season. They are ranked eighth, ninth, and tenth on the league standings as of matchday 8. Mainz is eleventh with a point tally of 10 points. 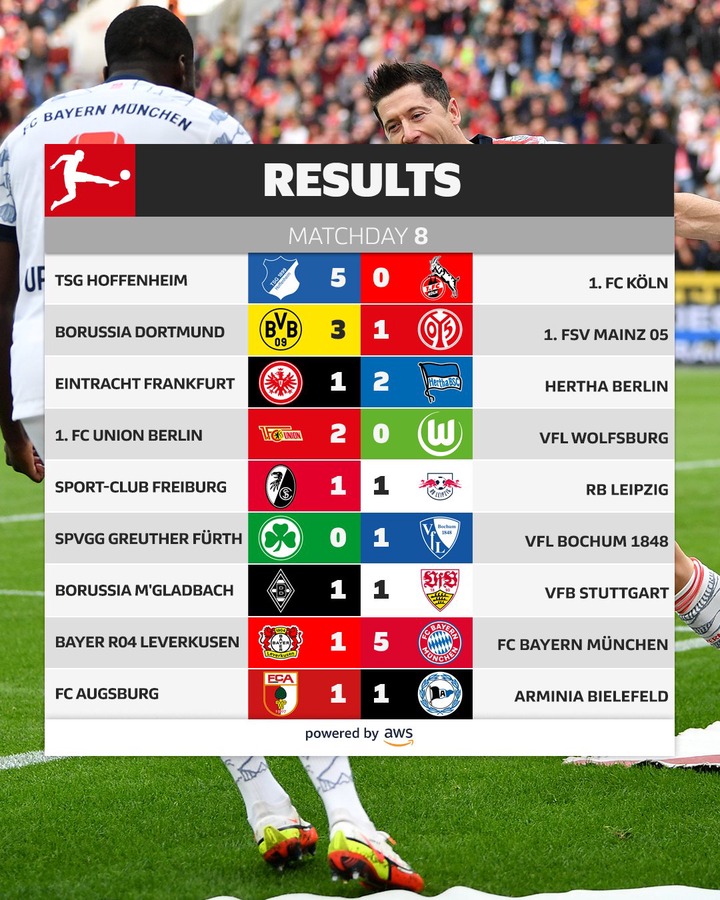 Mainz is followed by Stuttgart and Hertha Berlin, both of whom have collected 9 points this season and are only separated by goal difference. Eintracht Frankfurt is fourteenth with 8 points and Bochum is fifteenth after collecting only 7 points this season. 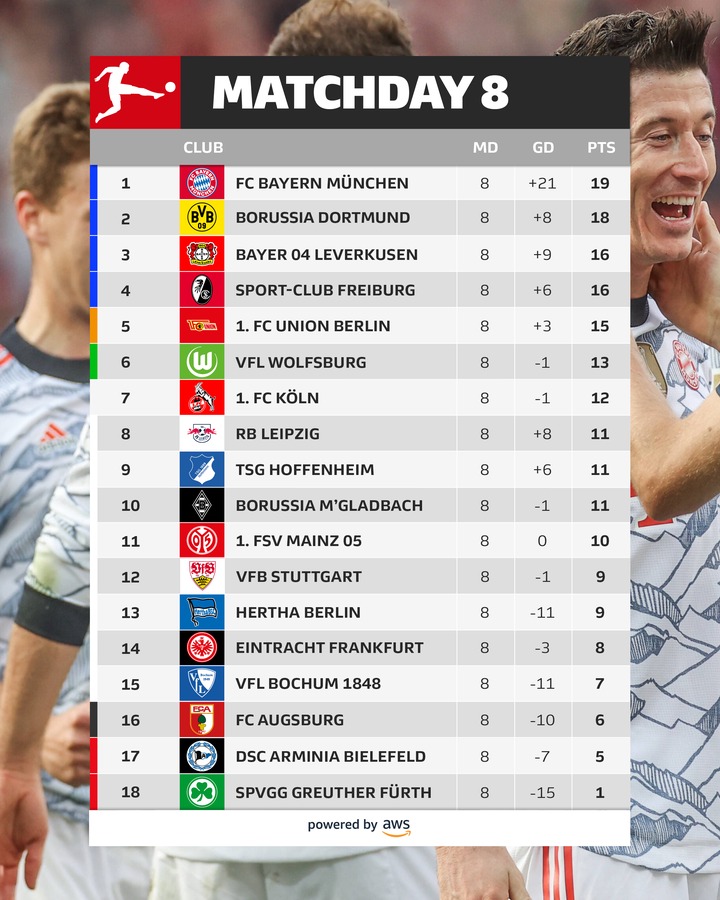